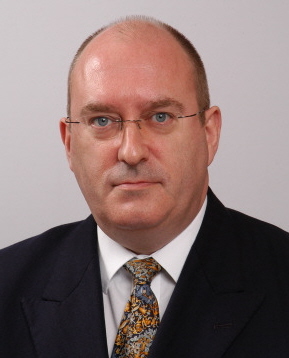 There’s no quicker way to start an argument than to ask a movie nerd “What’s your favourite film?” A true movie nerd would never ask another such a question, because we know that it starts from an utterly false premise: there is no such thing as THE favourite movie. We nerds have endless lists of favourite movies, all subdivided according to genre and theme. And after that we have more lists, of favourite directors, writers, actors, photographers, sound-track composers… Some movies made us laugh, a few made us tear up, and more were just hugely entertaining. And some were utterly terrible. We remember them all – and why we loved or hated them.

The majority of you are lawyers – so, unsurprisingly, my lists are about all things legal (and illegal) in the world of Film. Today I offer for your consideration my Top Five Courtroom Movie Dramas.

The genre of “courtroom drama” features a story of conflict told principally through the depiction of the trial process: it is not to be confused with “Lawyer Movies”, a genre where the drama springs from the difficult journey of the main character, and not so much from what s/he does for a living.

For instance, in “A Few Good Men” (1992) – although the main turning-pointof the drama takes place within the context of a Court Martial [“You can’t handle the truth!”] – in fact the greater majority of the story is about the character-arc of the protagonist: the sharp but lazy Naval Attorney,Lieutenant Kaffee (Tom Cruise), as he is gradually persuaded by his “external conscience” (Demi Moore in a crisp white uniform) to take a losing case to trial and face his self-doubts. That is a Lawyer Movie.

Generally, in a Courtroom Drama, the audience learns whatever the lawyer or Jury gets to learn in the course of the legal process. Unfortunately, this also represents its most frequent criticism: that a genuine story surprise in the course of a courtroom drama is impossible unless key information is withheld from the audience. Another simple truth is that – for the sake of efficient story telling – the depiction of witness examination is usually inaccurate enough to make real trial advocates want to shout at the screen.

An American war veteran on his uppers, Leonard Vole (Tyrone Power) is arrested on suspicion of murdering an elderly acquaintance for her money. He manages to persuade the brilliant but sickly Sir Wilfred Robarts QC (another superb turn by Charles Laughton) to represent him in a trial which initially consists of circumstantial evidence, until Vole’s scheming wife (Marlene Dietrich) volunteers to give evidence for the Crown.

This movie is pitched as a riddle, the solution to which is drip-fed along with a final, dizzyingly unlikely reveal; along with a vital lesson on the danger of counsel interviewing witnesses. Charles Laughton’s cross-examination of the “ear-witness” – the landlady still waiting for a hearing-aid – is textbook stuff.

It was re-made for television in 1982 starring Ralph Richardson; but cannot touch the original.

A soldier (Ben Gazzara) accused of murdering a barman asks a small-town attorney (James Stewart) to represent him in a difficult defence – temporary insanity, having discovered that his wife (Lee Remick) had been raped by the man he later killed – a defence made all the more challenging by the reckless and morally questionable behaviour of the wife, and by the prosecution’s reluctance to engage seriously with the issue of sexual assault.

Preminger wanted to make a frank contemporary movie about double-standards in society and the out-dated sexual and moral criticisms aimed at independent women. Unfortunately he ended up only with a snapshot of American society at the cusp of the ‘60s. For instance – the scene in which the all-male lawyers and judge whisper together in side-bar, about whether the word “panties” should be used before the Jury, may have been frank and cutting-edge in 1959; but now it is just risible.

James Stewart does a respectable job of playing James Stewart; but the lovely Lee Remick is just too prim and perfect to be credible as the “white-trash” army wife. As ever, the surprise revelations during the trial can be annoying to an audience that – in all other respects – has been allowed inside the lives of the main protagonists. Still – a worthy attempt to address the taboo of sexual violence with some maturity and respect. Other plus points include the innovative animated title sequence by Saul Bass, with the irresistible big-band sound of Duke Ellington.

The story starts as the trial judge finishes his closing remarks to a Jury in a murder trial; the Jury with whom we will be spending the next 94 minutes as they deliberate – in faux real time – the evidence against the defendant. One lone voice speaks out against the majority in favour of conviction; and gradually the mood of the jury-room starts to change.

This was the movie version of a successful TV and stage play. Many people adore this movie – indeed there are some classic dramatic moments, such as the revelation of prejudice and Henry Fonda’s speech on “reasonable doubt”.

But in my opinion, just like all movies which began in the theatre, this movie is too static; and worse, it breaks the principal law of movie story-telling: “Show, don’t tell”. It is all talk and no action; after all, there is precious little else for jurors to do once they have taken the oath and retired. Hence this iconic film slips to number three on my list.

Also infamous amongst movie nerds because of a key dramatic turning-point in the story featuring a flick-knife which would never have got past Security – even back in those days!

Re-made for television in 1992, starring Jack Lemmon; and the original stage-play remains hugely popular amongst amateur dramatic societies across the USA.

Despite the case being shunned by the rest of her department, prosecuting attorney Kathryn Murphy (Kelly McGillis) takes on the trial of those who watched the gang-rape of drug-taking “white trash jail-bait” Sarah Tobias (Jodie Foster). Murphy is determined to show that those who cheered from the sidelines – encouraging the prime suspects – should also face Justice.

In some ways, this was the movie which Preminger was aiming at almost thirty years earlier. Although The Accused now looks its age [very ‘80s: shoulder pads, big hair], it remains a searing indictment of the typical, almost casual adverse assumptions which are still being made by policemen, jurors, lawyers and the court process with respect to certain complainants in sex cases.

Critics were split over the disturbingly graphic depiction of the gang-rape, played out with ghastly voyeurism in parallel with witnesses giving testimony during the trial. Some even accused the makers of seeking to titivate the audience; which, frankly, was missing the point completely. Yes, it remains some of the most uncomfortable viewing in any cinema – but the message of the movie is perfectly clear: No-one – absolutely no-one – ever “asks for it”.

Frank Galvin (Paul Newman, possibly his finest performance) is a P.I. lawyer on his uppers, reduced to drinking and ambulance chasing. Former associate Mickey Morrissey (Jack Warden as the walking embodiment of Galvin’s conscience) reminds him of his professional obligations in his last medical negligence action – brain damage at birth – with all parties apparently willing to settle out of court for a modest sum. Blundering his way through the preliminaries, Galvin begins to realize that the case should go to trial after all: to punish the dishonest institutions, to get a decent judgment sum for his clients, and perhaps even to restore his self-respect. But his Expert might have an axe to grind, his key witness has run away, and the judge won’t grant an adjournment…

In many ways, this is a cheat on my part: for this is both my number one finest courtroom drama and “Lawyer Movie”. It obeys the first rule of Alfred Hitchcock [“Make the audience care for the hero, then put him through hell”] and grabs your sympathies from start to finish. There are no false notes, no annoying surprises: we learn exactly what Galvin learns as the trial rushes towards him; and then as it seemingly careers towards disaster. Can this once-worthy but self-destructive wreck of a lawyer manage to make anything out of the mess of this trial before it’s too late for his poor trusting clients?

An enormously rewarding movie, featuring a moving and realistic Final Speech. Also my favourite because Galvin gave me the ultimate mantra for concentrating on trial preparation: “There are no other cases – This is the case”.

Another list waits for you, next time around. Meanwhile, how do you feel about my very short list of Courtroom Dramas? What have I missed? Email us and let us know.

Tell me which is your number one courtroom drama, and why.