Monday Musings: When enough is too much by Jacqui 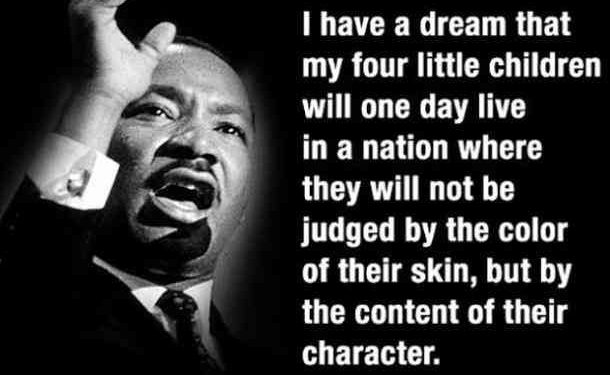 When enough is simply too much

I could not work out why on Monday of this week, 1st June, I awoke with such a feeling of heaviness and profound sadness. It was after all June, the beginning of Summer proper, the weather had been glorious and we were seeing an easing of the dreaded lockdown which has left many of us feeling like prisoners in our own homes. We could see each other, in person, up to 6 people at a time – hurrah!
So what was it?

Could it be the fact that so many of us are frightened of what the relaxation of the rules will mean?

Will there be a second wave? Will there be another lockdown? How safe is it for the children to go school?  Is track and trace fit for purpose?

All anxiety making but I have a certain amount of confidence in the risk assessment I have been carrying out for myself and others. I will not be driving, even around the corner to test my eyesight, will not be travelling hundreds of miles (supposedly without the need for a break), will continue to socially distance, will not be going to court, for now, unless it is absolutely necessary, will not be getting on a plane until it really is safe to do so or unless an emergency means I have to.

Could it be the DC story that continued to roll on, mostly on the pages of the Guardian and the Mirror, as other media outlets sought to heed the words of the PM and ‘move on’. No not that – I had vented enough spleen on the sheer audacity of the story told which we, as a members of the public, were supposed to swallow hook line and sinker, or if we didn’t,  too bad for us.

Could it be the craven ‘sacking’ of Emily Maitlis by the BBC for actually being a journalist asking the questions so many of us wanted asked while the rest of the media seemed incapable of formulating a searching question between them?

No not that. I’d written my complaint email to the BBC (in my head) and she’s been re-instated anyway.

Could it be the story of the Coopers – an every day tale of racism where an unrelated white woman and a black man were brought together for chilling reasons in these uncertain times. Hmm – well there were a lot of things about that story which as I said, I found chilling. Her callousness in brazenly lying to the police about why she was calling them – a black man is attacking me, even though she knew he was filming her and therefore anyone could see she was not being attacked either verbally or physically. That he was not ‘allowed’ in her eyes to be out enjoying nature and challenge her control of her dog in an area where she was specifically told do so – the audacity of him!

Although this story upset me, she was sacked immediately from her job and the dog taken away (which for some seemed the important part of the story). So, although she was not prosecuted for wasting police time and if the police had acted differently her deliberate actions could have left Mr Cooper dead, they acted in this instance as one would expect them to and Mr Cooper will live another day to enjoy nature and birdsong in Central Park. So no, not that.

In my heart of hearts I knew what it was. A video I simply could not bring myself to watch, which has once again set America on fire and led to demonstrations around the world. I’ll never be able to watch it just as I was not able to go to see 12 Years a Slave. But I don’t need to see it to know why it’s lit the touch paper again for so many. The words ‘I can’t breathe’ have been taken up by so many at this time, in this place, because they are not only the dying words of George Floyd, a man killef by a police officer, charged with the responsibility of protecting and serving all of us, in full technicolour before our very eyes, played out in real time, but because that is how black people often feel – you cannot breathe with the sheer weight of racist actions which range from outright murder to a judge addressing you as ‘Miss Black” in court (yes that really happened to me) because that is literally all the judge could see when looking at me.

While out for my alloted walk on Monday with my heavy heart, busily messaging friends and family that there would be a bit of radio silence from me for a while, I looked at all the joggers going about their daily run – some clearly struggling more than others having, I suspect, taken this up as a past time in response to the lockdown – I thought, I bet not one of you woke up this morning and as part of your decision making as to whether you would take that run factored in whether you would get shot. If I was a jogger I would not have either. But that is because of where I happened to be born. If I looked like I look and was born in another place, that may well have had to be part of my decision making, right now in 2020.

We have a story, we find amusing in my family, where my brother was running for a bus in London and got on to find he had been pursued by a number of police officers. His response – ‘good afternoon officers, just running for my bus, how nice of you to join me’. We can laugh about it now but the outcome could have been so different if he did not have a posh accent and a confident manner and just one of those police officers took it upon themselves to treat him the way black men were being treated on a daily basis at that point because these were the days of the notorious ’suss’ laws. 30 years later my nephew complains of being continuously stopped by the police. His brother asked him once ‘well what were you wearing’? My thought, ‘a black skin’.

I remain of the opinion that the problem of racism is not black people’s to solve. We can’t change our skin and frankly most of us don’t want to. Those perpetuating it need to look within themselves and just stop it, stop those actions and if they cannot or will not, the full force of the law will have to come into play because peaceful demonstrations don’t do it – rubber pellets and gas are fired at you, taking the knee does not do – you facevapprobation and possible loss of your livelihood, burning and looting does not do it – you are very likely to be shot and/or seriously injured. I don’t say we should not continue to take to the streets, march, protest, bombard politicians with disgust at racism when we see it. But there needs to be a seismic shift and that shift is not in the hands of black people, it is not our shift to make.

Wednesday Winner: Dancing back to school. By ...