Monday Man: A tribute to the tributes! By Jeremy Hall

All Hail the Copycats!  A Tribute to the Tributes

Family Law Barrister Jeremy Hall has seen Fleetwood Mac, David Bowie, Elton John and The Eagles, all in the space of a few weeks, for less than the price of a hotdog at a huge stadium gig. Here’s how: 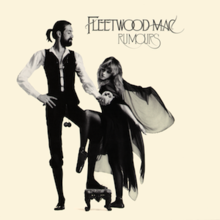 Several of you will have bought tickets to see The Eagles play at Wembley Stadium in August.  You will have paid well over £100 for each ticket many months before the event, which is a shame, because, Covid19 permitting, your concert-going experience that night will be shit.

If you are lucky, you will be within a quarter of a mile of the stage.  The surviving band members, who probably hate each other, will shuffle on and play tolerable versions of songs which they quite liked playing 40 years ago, but are palpably bored of performing now.   There is a pretty good chance that a lot of the songs you want to hear won’t be played at all, although they are promising to play the whole of the Hotel California album, which, I suppose, is something.

Getting to Wembley, which is essentially a war zone hundreds of miles from anywhere, will take up most of the afternoon and you will be suffering from high blood pressure and a loathing for humanity by the time you sit down in that extremely expensive plastic seat.  The people you invited in a fit of generosity many months ago when you were forced to shell out the thick end of a grand for six tickets, will be silently hating you for subjecting them to the whole experience.  Instead of enjoying the sight of pensioners on a giant screen meandering around a stage holding some instruments, your mind will be preoccupied with how on earth you are going to get back home after the bloody thing has finished.

A few weeks ago, the tribute band, The Illegal Eagles, played at Folkestone’s Leas Cliff Hall, which dozens will instantly recognise as Southern Kent’s Premier Show Venue.  It takes me ten minutes to walk there from my house. The Illegal Eagles sell their tickets for about twenty quid, and you can buy them on the door, which is great, because it means that I can leave it until 7.20 pm to decide whether I’m in the mood to see them or not.

More importantly, bands like The Illegal Eagles sound fabulous and actually enjoy playing the music.  They include all of the songs that you and I want them to play – i.e. the good ones – rather than some self-indulgent esoteric crapfest from a band too big to care about what the audience wants.  Unlike those big bands who con us out of huge sums of cash so far in advance that there is a good chance that they (and we) might die of natural causes before they hit the stage, The Illegal Eagles and their ilk are cravenly devoted to us.

Last night, I wandered into the same venue to watch Rumours of Fleetwood Mac, with seven musicians on stage – including four singers with stunning voices.  I went to see the proper band a few years ago at the O2 and the experience I had last night was just so much better. The ‘Stevie Nicks’ singer, an established young musician called Jess Harwood, had, if anything, a more laconic, textured delivery than the great woman herself.  Hell, they even appeared at the exit afterwards to say goodbye to everyone as we left the building – how sweet!  I sensed that, had I asked, they would willingly have come out for a curry with us as well. 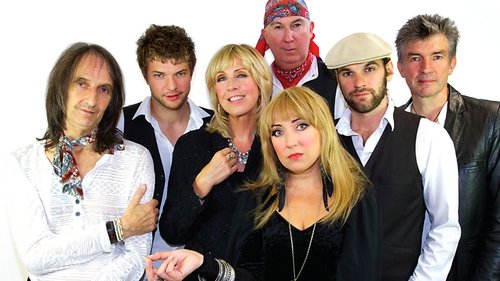 Of course, the tribute band oeuvre is ripe for piss-taking, which in my book merely adds to their charm.  Their pun-ish monikers and the laughably useless attempts to resemble their gods is all part of the fun; the fact that you look like a member of staff at Wickes rather than, say, Justin Timberlake, gives much greater urgency to the need to camp everything up on stage, to grab the songs and ram them forcibly and majestically down the crowd’s throats.  Financial necessity means that you need to be damn good at playing the instruments and in my thoroughly enjoyable career as a tribute band groupie, I’ve never heard a duff riff.  During Think Floyd’s version of the ‘Great Gig in the Sky’, I shut my eyes and decided that it was actually better than the original, which I have seen performed by the real deal on countless occasions during the misguided period of my life when I thought it was cool to go to proper concerts.

The audiences at tribute band gigs deserve a whole article of their own.  Relieved of any need to be self-consciously aloof and deferential in the presence of The Actual Band and their assorted acolytes, the gang down at the Leas Cliff Hall last night let their hair down right from the start.  During the second song, called ‘Sarah’, which nobody could possibly describe as Fleetwood Mac’s boppiest,  groups of revellers of every shape and size stormed the aisles and started boogying like it was their last night alive.  It was magnificent.  By the encore, you’d be forgiven for thinking that a mass fight had broken out in the stalls.

As far as I’m aware, you won’t find tribute bands virtue-signalling and generally behaving like annoying tossers during their free time.  I haven’t looked up the stats, but my hunch is that most of them don’t make much of a living from prancing around on stage trying to be Brian May –  they do it because they love it, and it shows.  Do them and yourselves a favour by going to see them soon.  They’re on just down the road from you.