Monaco: the bubble and beyond 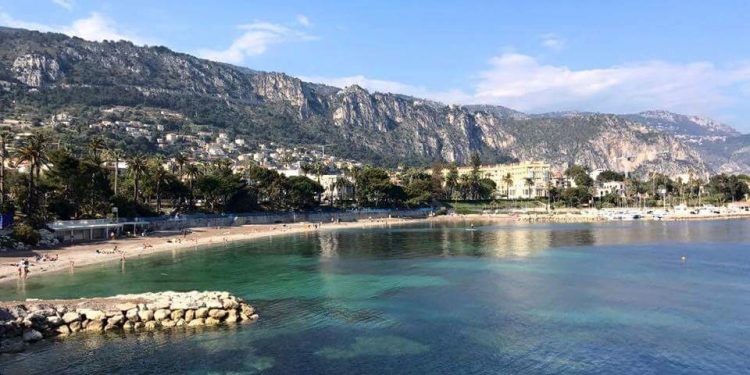 By Francesca :
Life in Monaco: The Bubble and beyond

March was a quiet month in Monte Carlo…with the exception of a rather thrilling heist at the Cartier store. It wasn’t just news-worthy, it was film-worthy. Shots were fired. The intended getaway car went up in flames. Monte Carlo went into lockdown while a man hunt ensued. I think it’s ok to revel in the tale: all the robbers were eventually detained and the many millions worth of jewellery were recovered; plus, as I say, often not very much happens here.
Late spring marks the buzz and scheduled excitement in town of two major sporting events. In April Monaco hosts an ATP World Tour Masters tennis tournament. It’s a home tournament for several of the top professionals who live (or perhaps I should say “reside”, within the rules) in Monaco: Djokovic; Raonic and Berdych to name a few. For many visitors the location is surely as big a drawcard as the players: the orange clay courts of the Monte Carlo Country Club overlook the brilliantly blue sea. For me, the glamour of my day at the tournament was only slightly marred by the sweltering heat and the embarrassing fact that my sweaty legs were stuck to the plastic seat; I’ll revise my outfit for next year if I’m lucky enough to go again.

The ATP Masters at Monte Carlo Country Club
Fencing, railings and grandstand seating are going up all around Monaco in preparation for the Grand Prix which takes place at the end of May. The entrance to our favourite “duck park” now looks like army barracks. It’s all most unsightly and it’s harder to get buggy around town. But it’s no mean feat getting this 2km2 country ready to host the estimated 100,000 visitors to the Principality for the event. I’m very much looking forward to escaping the crowds and noise during those days and making my next trip home to that ever peaceful city of London. 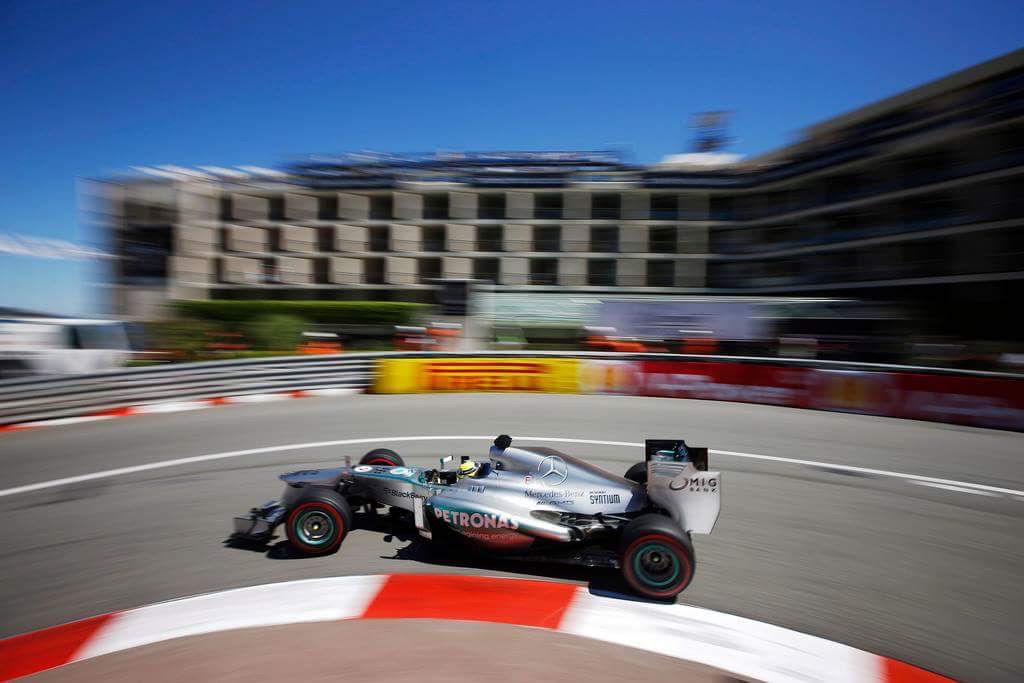 Hair pin bend outside the Fairmont Hotel – Monaco Grand Prix
On the domestic front, we are settling in ok – 5 months into our move. Leo (18 months) recently surprised himself as much as me with his first French word: copying the automated voice of one of the many public lifts, he shouted “étage!” My own French (degree!) leaves a little to be desired at times. The paediatrician was baffled when I reported that Leo had a téméraire (rash: adjective) – thanks Google translation. And the standard GCSE task of accurately transcribing phone numbers regularly has me scrambling for a pen/calculator because of the French way of announcing the unnecessarily complicated numbers in pairs. You can catch me on quatre-vingt dix sept; quatre-vingt douze; soixante-dix-neuf ; vingt-sept = (four twenties + 17) ; (four twenties + twelve); (sixty + 19); (29).
Food shopping is an ongoing annoyance. Although most of the dairy products are excellent I can’t seem to find fresh cream and the addition of pectin and other stabilisers makes for a flavour that just doesn’t do my Nana’s chocolate cream pudding justice. Now that the weather’s hotting up it would be very refreshing to have a glass of squash every now and again, but no such luck.
Leo got his much coveted place at one of the Monaco state crèches for two mornings a week. I would have loved to have seen him successfully assimilated with the Monegasque children, enjoying the four course lunch in a civilised, French manner. But the combination of the fury induced by their insistence that he both wear a bib (a battle I abandoned many months ago) and not run around the room waving bread in the air (a little ritual of his for every meal time) combined with the peak of 18 month separation anxiety all spelt disaster. We’ll try again in September.
In general, things are going OK in the weird (and often somewhat surreal) bubble that is Monaco. But certainly key to enjoying life here is also making the most of France, on the doorstep. We have discovered the wonderful peninsular walk along Promenade Maurice Rouvier from charming Beaulieu-sur-Mer to the lovely port and town of St Jean Cap Ferrat. There are breath-taking views and it’s very toddler friendly. 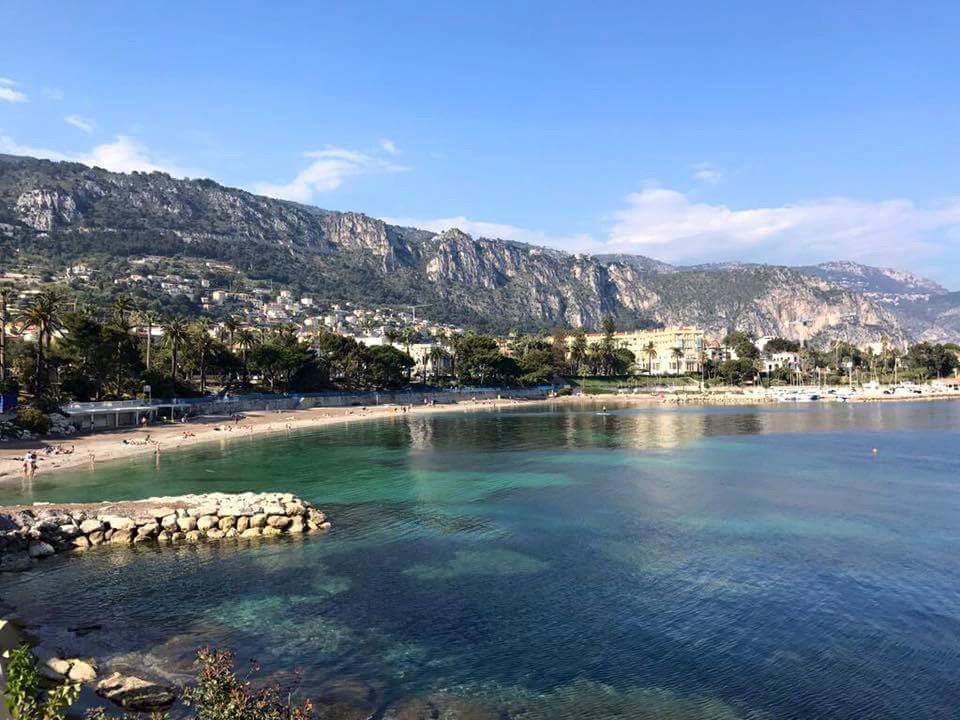 In land, we recently had a delightful (simple and great value) lunch at l’Auberge Provencale, just off the main square in the charming village of La Colle Sur Loup. 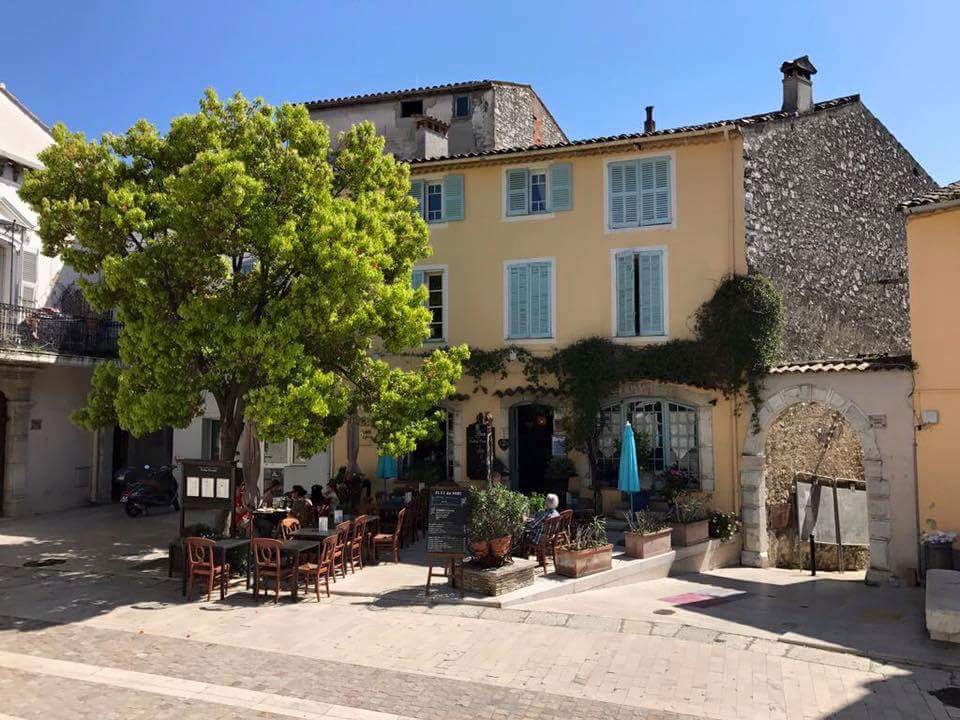 On Easter Sunday we stumbled across a very popular and traditional French day out in the form of a picnic at L’Etang Fontmerle in Mougins. Fontmerle Pond is set in 5 hectares of lovely parkland and the pond itself has the largest collection of lotus plants in France (as well as plenty of ducks that kept Leo very happy). 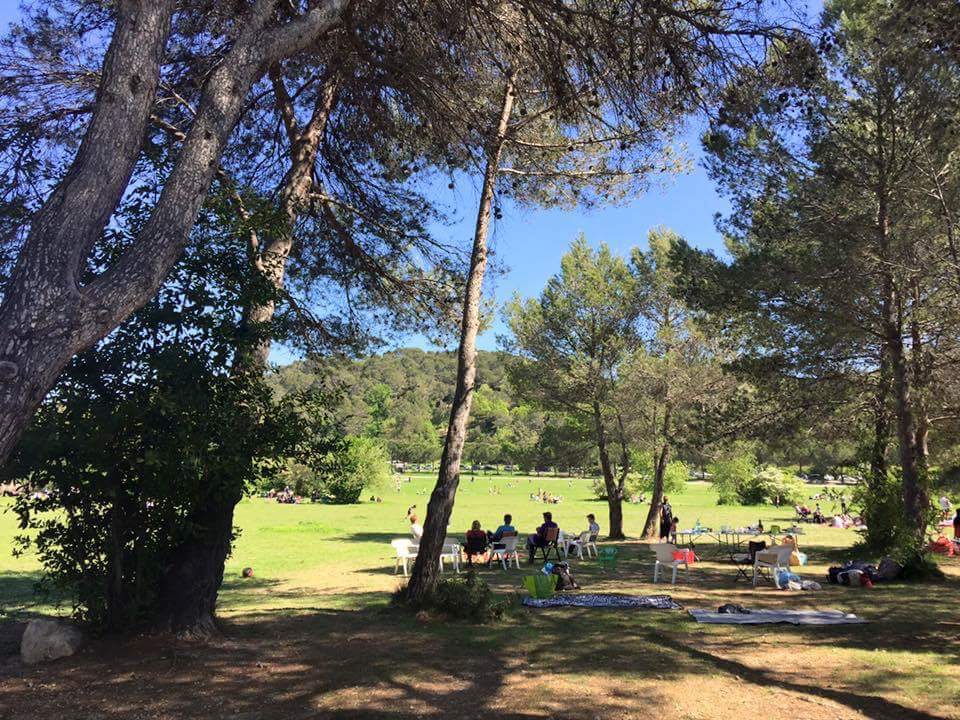 Even if nothing much is happening in Monaco, minutes away, across the border in France, the tension and excitement of the Presidential election and the crucial final round of voting is building.
A win for Marine Le Pen could blow Brexit concerns out of the water – would there actually be an EU to leave in 2 years’ time? I’m attracted to Macron – the 39 year old who less than a year ago launched his own, new political movement, En Marche! (it seems the exclamation mark is a mandatory part of its name) and is now the front runner in the presidential race. It’s a shame no equally ambitious young politician has had the wit to form a new party in the UK to offer a credible central/liberal way forward.
What’s good for France must be good for Monaco and that can’t be Le Pen and the National Front’s ‘values’ of protectionism, anti-market Euroscepticism and xenophobia. So fingers crossed on 8th May I will wake up to news of Mr Macron’s success, as well as another beautiful sunrise over the Mediterranean Sea and Monte Carlo’s Casino.

Beauty and the Bride