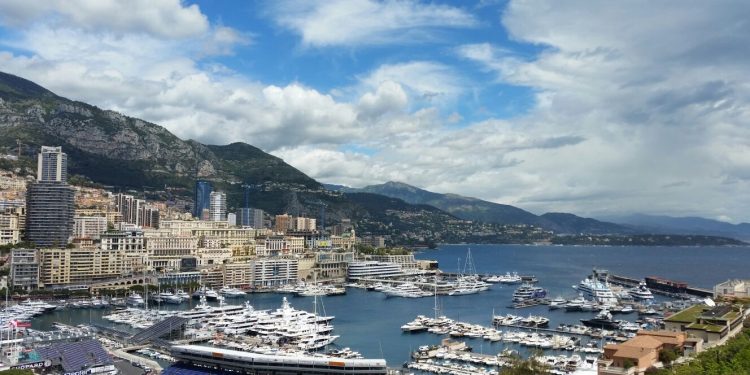 Life in Monaco so far – so good? By Francesca.

A few months ago my uncle sent me a card wishing me and my family the best of luck for our move to Morocco. Probably he was quite impressed at thought of it – a pretty adventurous, somewhat bohemian escape from the City of London to an Islamic land of deserts, souks and tagine. But when he learned that the wires of the family grapevine were crossed and we were in fact moving to Monaco (what, Monte Carlo, Monaco?) he must have been disappointed, if not downright disgusted. A place seemingly synonymous with tax avoidance, the grotesque excesses of the super-rich: helicopters, fast cars, glitz and bling at the casino… 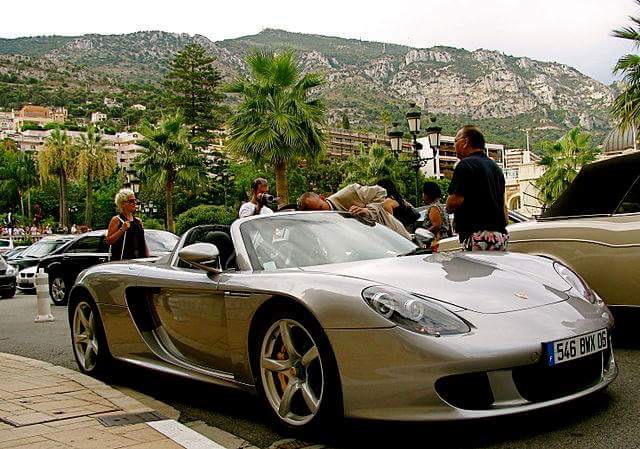 We have, I think, a good excuse for coming here. My partner is Italian and Monaco is 30 minutes from the Italian border; there are plenty of Italians working here as their closest hub for international commerce. We can hold our heads high because we are here for his job, rather than as tax refugees. Although a salary here doesn’t attract income tax, you do pay quite high social security contributions which appear to result in high quality public provisions and services including the highly acclaimed state schools and hospitals. In addition, Monaco is more than balancing its own books, being one of very few countries not to have a sovereign debt. So I feel fine, ethically, about having moved to this so-called tax haven, but I’m highly defensive about it, aware of the stigma and preconceptions attached.
Happily it turns out that some pretty normal people live in Monaco. There are, for example, plenty of ex-pat parents hauling pushchairs on and off the buses (which run a very efficient and good-value local service) and wincing at the price of coffee and croissants in the local Starbucks. The high-end designer shops on our doorstep are a largely irrelevant backdrop; you need jeans and trainers for sweating it up and down the steep hills of Monaco, when you can’t find a public lift. 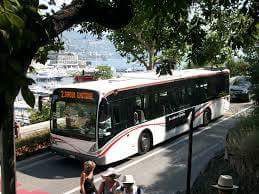 In fact I’ve barely crossed paths with any Botox-faced women clutching diamante-collared pooches. They’re just not out and about and part of the melange of normal daily life here: the food markets, the public beach, the station. This despite the fact that we are all quite literally living on top of one another in sky-rise apartments. There are 39,000 registered residents in the city-state stretched over only 2km2 (the size of Monaco is often compared to that of Central Park), making it one of the most densely populated countries in the world, supposedly. But at least at this time of year, Monaco is pretty deserted. Buses at peak hours can be somewhat busy but taking my own apartment block as an example, a huge number of registered residents are just simply not here. I guess they’ll pitch up for the Rolex Masters Tennis, the Grand Prix and high summer, at which point I’ll make a fresh assessment of life in Monaco.
So here I am, not one of the celebrity or ghost residents, beginning to get to grips with actually living here in Monaco, and in as normal a way as possible.
One preconception about this place has definitely held true so far. The weather in the last couple of months, December and January, has been almost entirely delightful – with the exception of two days when I became acquainted with the infamous, fierce Mistral wind. The sunrise is beautiful, and pink. There are very few clouds and the sun is dazzling. And if it’s good for one’s health and soul to live by the sea, even nicer for that to be the brilliantly blue Mediterranean Sea. The coastal road running from Nice to the Italian border past Menton is so spectacular; I can’t wait for my friends and family to visit and marvel. It’s a privilege to be living on the sunny coastline of the French Riviera whose light and colours inspired so many great artists: Cezanne, Monet, Picasso, Matisse, to name a few. 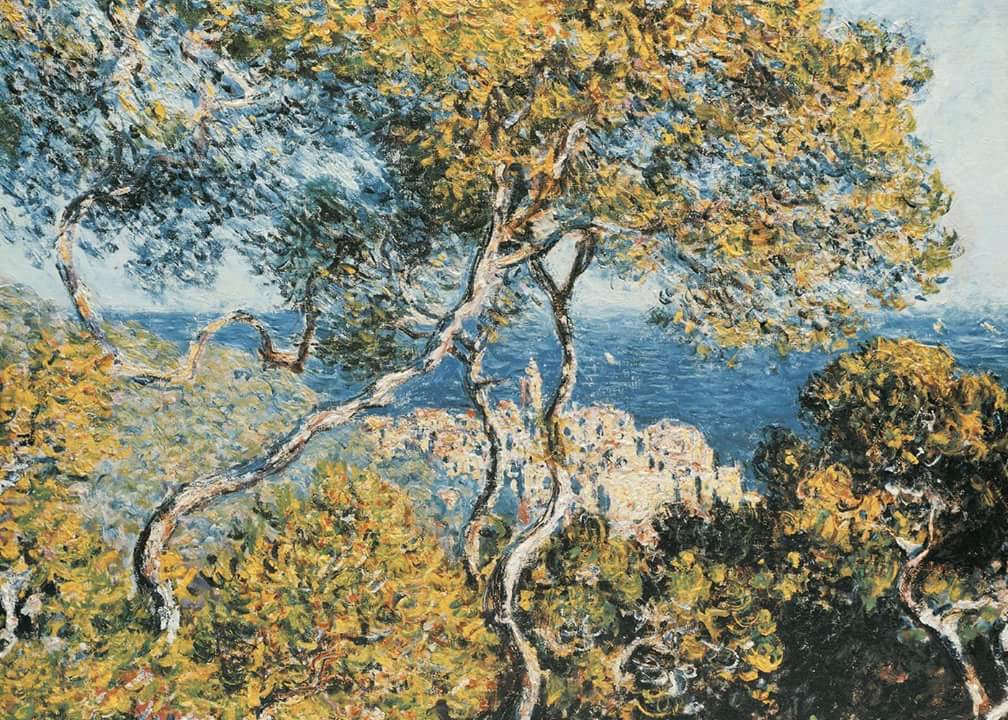 And so every morning as the pink sun rises, I head down to the public beach at Larvotto for meditation and yoga. Once I’ve finished my habitual programme of sun salutations and downward dogs, I get into the water for an invigorating 30 minute swim…Actually, I don’t. If it all sounds rather dreamy, let me bring you right back down to earth with a reminder, we’re here for my partner’s job while I have full-time care and responsibility for our 15 month old toddler, Leo. So my day actually starts with nappy changing, feeding him then picking porridge off the floor, and most recently fending off my son’s obsessive clamouring for Baa Baa Black Sheep to be playing, on repeat.
My biggest “complaint” about Monaco is the issue that affects me most acutely right now: a real lack of activities and stimulation for toddlers. Even the public children’s library isn’t open to us until he’s 3 years old. I believe that the absence of structured and organised diversions for babies and toddlers reflects a French approach, rather than being a “problem” peculiar to Monaco. But now I realise how lucky I was in London to have a daily programme of playgroups, rhyme times, music groups and soft play centres, on our doorstep. During my maternity year I was able to delegate the stimulation of my son for a couple of hours every day, while enjoying the company and camaraderie of other mums. It wasn’t actually me who taught Leo ‘Heads, Shoulders, Knees and Toes’, ‘Wind the Bobbin Up’ and all the other classics. Having to produce all that stimulation for one, and perform nursery rhymes and actions in your own flat, is hard work, and it’s lonely. So I’d like to get a part-time job and outsource some of the childcare, but a number of (bureaucratic) hurdles lie in my way.
I can’t get a job until I have a carte de séjour (residence card) and that isn’t a solely paper- based exercise. I had to have an interview with the police. I waited several weeks for the appointment, and now I’m waiting a further six weeks for my application to be approved and the card processed. I felt pretty put-out getting together all the paperwork: birth certificate, passport, an expensive criminal record check; and filling in the application which requested information ranging from the identity and residences of my siblings, to my professional CV. However I came away from the application interview feeling that perhaps, in fact, it’s quite reasonable for the state to have verified the identity and understood the profile of its foreign residents. Also, once I have the residence card I will have priority for any jobs over non-residents. Maybe the system here deserves a mention in Theresa May’s Brexit White Paper. 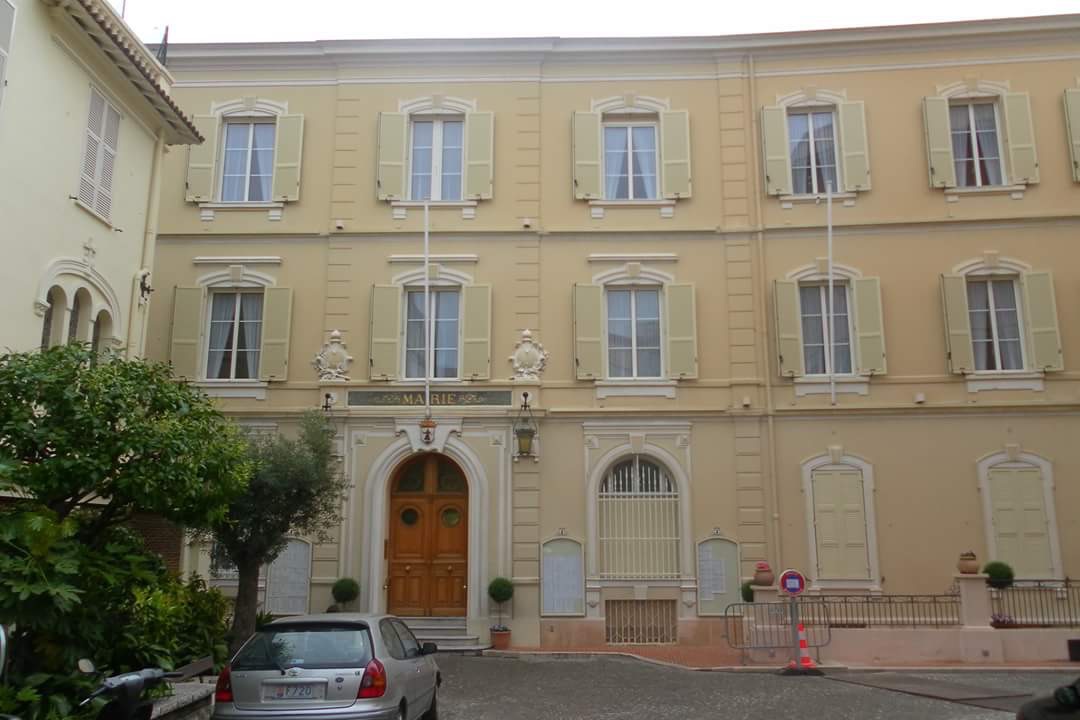 As and when I get a job I will need childcare, so I sent an email enquiry about a nursery place (the nurseries here are state-run). I was a little taken aback to receive a letter in response, inviting me to an interview at the Town Hall. But since I have plenty of time on my hands I began to look forward to my visit to the grand looking building on The Rock of Monaco-Ville, and to roll out my rusty French in a semi-formal setting. I came away from that appointment anxious and disappointed. Even if I find a job the day after I obtain my residence, there are in any case no nursery places available for at least another 8 months, until September. So it seems that the effective public services offered here don’t include adequate childcare to facilitate an efficient labour market for women.
Until I get a job and in the absence of the baby groups and diversions we used to enjoy, I have to keep myself busy with the mundane day to day of motherhood. Something that’s certainly more vexing than it used to be is supermarket shopping. If I haven’t yet missed friends and family too much, boy have I missed my fortnightly Sainsbury’s delivery. A couple of the French supermarkets offer online shopping, but I haven’t got myself up and running yet. One chain’s website seems to have a bug that is preventing me from creating an account. Then there’s the inconvenience that until I obtain my residence card I can’t open a bank account or even get a bank card for my partner’s account. So I’m spending, or wasting, a lot of time squeezing the pushchair down the narrow aisles of the local supermarket, calculating how many things I can manage to carry home, wondering what I should buy with the cash in my wallet. In London Leo enjoyed strawberries and avocados all year round but here the fruit and vegetables are either limited to what is available seasonally and locally, or if it’s imported the prices seem extortionate. My culinary range needs to improve as my carbon footprint reduces.
Clementine and orange trees line our road. How lucky Leo is to be looking up at those trees and the bright blue sky from his buggy, I thought, particularly last week when I read about the toxic levels of pollution in London. But conversely last weekend I’d have rather been at the Women’s March in London than throwing stale baguette to the seagulls on the beach. 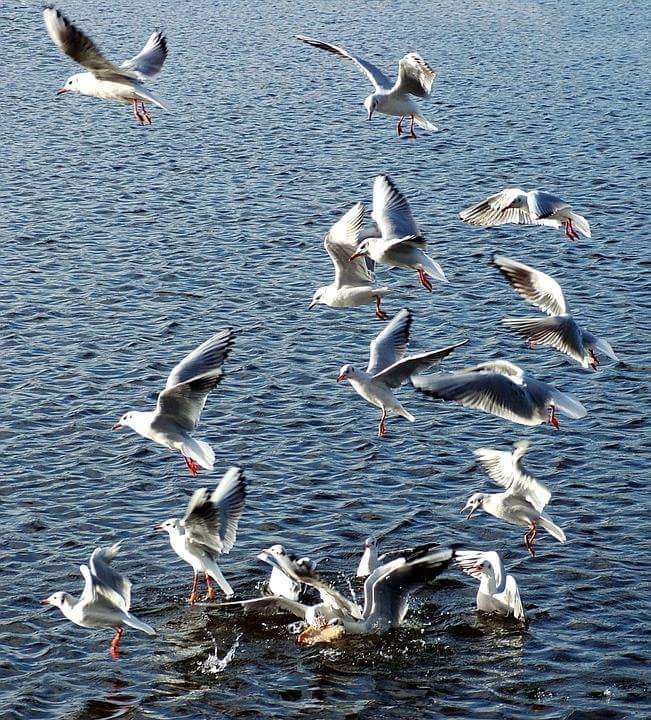 But there’s no point in notching up matters on a “pros” and “cons” list of London v Monaco; we’re here for a different experience and I plan to embrace it. I think I can say for now so far, so good.