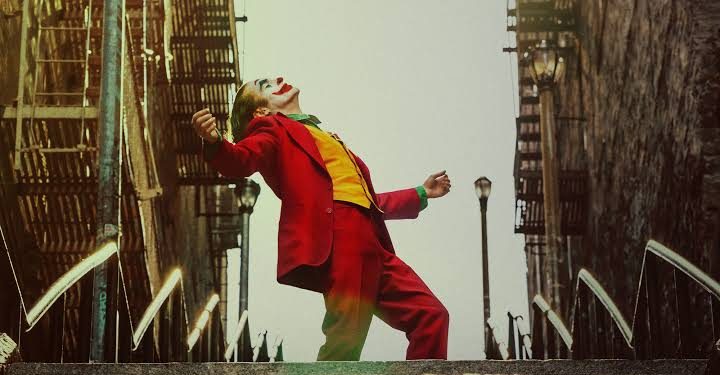 Arthur Fleck (Joaquin Phoenix) works as a clown in Gotham City. Along with a small group of colleagues he gets low-key gigs performing in a Children’s Hospital and advertising local businesses, usually by being a walking billboard. The city itself is a mess. Garbage bags litter the sidewalks, businesses are going bust, the divide between the rich and lucky and the poor losers in life is stark, making for a simmering cauldron of discontent that could erupt at any moment.

It’s as drab on the streets for Fleck as it is at home. There, he cares for his bed ridden mother Penny (Frances Conroy) in a dingy apartment where she spends her days writing letters to Thomas Wayne, a rich man she worked for 30 years ago and who is now running for Mayor of the city. Wayne doesn’t care to reply.

Fleck is beset with personal troubles too. He’s been incarcerated in a psychiatric facility already, is plainly lonely, given to stalking single mother neighbour (Zazie Beets) and suffers from a condition which makes him suddenly laugh out loud, often at the most inappropriate moments. He even carries a card that bears the plea ‘Forgive my laughter’ to explain the condition to strangers he meets in case they want to thump him for his insensitivity. They learn that the laughter does not reflect the state of Fleck’s mind.

That mind is increasingly unwell. 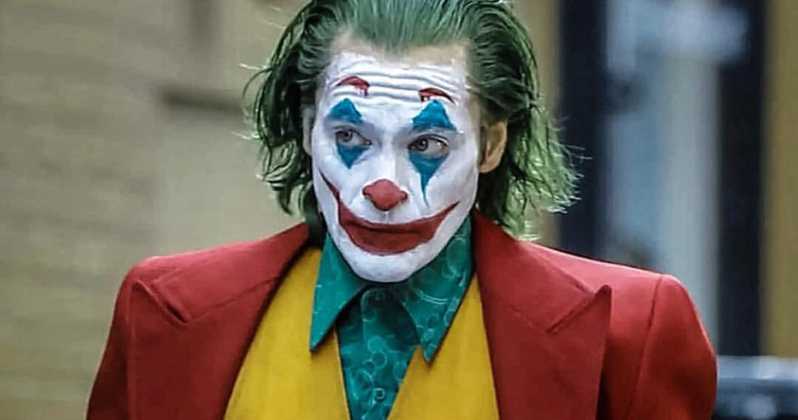 Bullied by colleagues, beaten up by thugs, dismissed by his boss as a freak and generally mistreated, Fleck when asked by his social worker (Sharon Washington) if he has had any negative thoughts since she met him the week before, pithily retorts, ‘ALL my thoughts are negative.’

Although,perhaps not all. Arthur Fleck still has dreams. He wants to be a stand-up comedian so he can make people happy, as he himself has never been. It’s what he was born to be, according to his mother; a ray of sunshine. But his mother has been lying to him all his life too. He discovers this to devastating effect. His first attempt playing to an audience is a painful disaster.

From this unpromising background and the injustices heaped upon him grows the man who will become the arch nemesis of Bruce Wayne, Batman himself. The transformation is not abrupt. It’s a gradual erosion of sanity.

There are many nods in Todd Phillips’s film to Martin Scorsese’s works, most notably Taxi Driverand The King of Comedy. Scorsese leading man Robert De Niro even pops up as Murray Franklin, a smarmy television chat show host who Fleck dreams of meeting. The directing by Phillips is assured, even bold, at times, both visually and in the choice of soundtrack ( not many directors would have selected a Gary Glitter track for a pivotal scene)! However, it remains just the contained, right side of flamboyant. He creates an atmospheric Gotham of deep, rich hues amidst the dark greyness. The supporting cast members are all perfectly good.

But it is the great dark wing of Joaquin Phoenix which dominates and annihilates all comers in this film. He is in turns, innocent, calculating, wistful, sad, perceptive and gloriously, heartbreakingly unhinged. As a psychologically dense study of a descent into madness, Phoenix leaves you breathless in the wake of the unravelling of his soul where he pours out all his simmering rage borne out of abandonment, betrayal, rejection and small humiliations. The marginalised freak finally wreaks in the world the havoc of his mind. The violence, when it comes, is gory and unapologetic. But just when you think it’s all getting too heavy, Phoenix shows off some pretty nifty footwork as he dances to his own new tune in a natty new wardrobe. In glorying in his crimewave, the joker emerges as the first hero vigilante of Gotham. Far from being appalled by his brutality the masses are energised by this bloodstained, insane killer who, even in his madness speaks a great deal of uncomfortable truth. 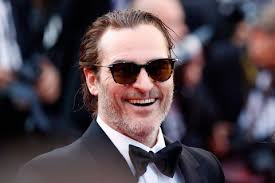 Phoenix doesn’t keep it all in the mind, his performance is very physical too, the tense contortions of his body for much of the film giving way to a liberated ease when he dons the colours of the Joker wardrobe. It’s as if he is finally free in his own skin even as he loathes what he has become.

If Phillips pays tribute to his influences with the film, so Phoenix too offers a brief but poignant acknowledgement of his friend Heath Ledger, who, of course, won a posthumous best supporting actor Oscarfor his role as the joker in The Dark Knight. There may also be possible nods to another joker, Jack Nicholson, albeit Nicholson in The Shining.

However, so incredible and multi-layered is the performance by Phoenix, it’s possible to forget this is a comic book film. It’s only when Fleck comes face to face with the young son of Thomas Wayne at the latter’s mansion and the unidentified staff member refers to him as Bruce are you brought back into that universe and you realise that the boy is the future caped crusader and the unknown man is Alfred.

Joker can stand tall alongside The Dark Knight series in the comic book film universe.