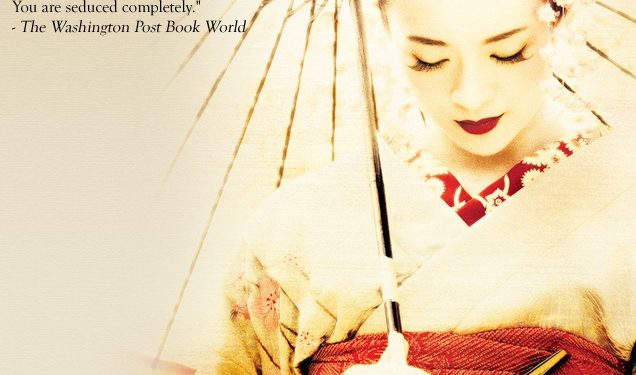 I first read Memoirs of a geisha around the time it was published in 1997. It was one of those ‘must read’ books that come around from time to time. It spent two years on the New York Times bestseller list and has sold over 4 million copies. In 2005 it was made into Hollywood film with leading Japanese actor Ken Watanabe in the only significant male role in the story and Chinese actress Zhang Ziyi in the title role. Michelle Yeoh and Gong Li also had  major roles as older geisha.

At the time, I enjoyed the book well enough but it didn’t stay with me the way some books do. 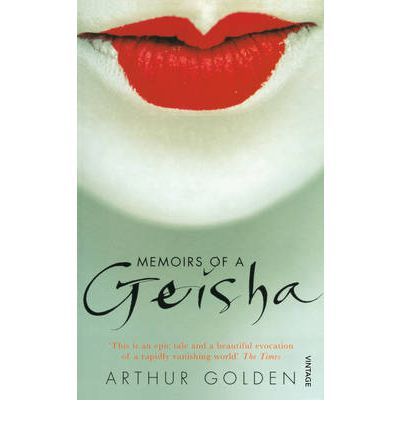 Re-reading it now, I’m finding it riveting. I still don’t think it’s a great book but it does what any good novel should do – transports the reader to a world they might otherwise never know. 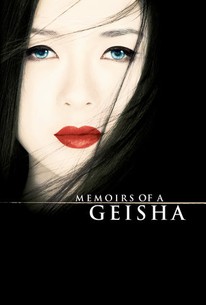 The world in question is Japan around the time of World War II and more particularly, the life of the geisha.

A geisha is a Japanese entertainer who performs  traditional Japanese art forms, especially dance and singing. Gei is translated as ‘art’ and ‘sha’as person. She is characterised by a very distinctive look, a stunning trailing kimono, elaborate hairstyle and a particular type of make up which involves painting the face white and the lips a startling bright red. Similar to the courtesans of India, true geisha are not high end prostitutes, as is often assumed but talented and cultured women who perform elaborate tea ceremonies and arts at parties and formal events. However, like the courtesans, they do ultimately seek wealthy men who can act as benefactor and quasi ‘husband’ for a handsome sum.

Memoirs of a geisha is a fictional account, told in the first person, of the life of a geisha in the Gion district of Kyoto. As a child, Chiyo, a pretty girl village girl, with unusually beautiful eyes, is sold, along with her less attractive sister, to become geisha in a big city. The older sister, is, instead, passed on to a brothel. Chiyo, meanwhile, after trying to run away from the okiya where she is placed, begins a life of misery as a maid instead of the trainee geisha she was sold to become. In the okiya (communal geisha residence) she is tormented by the beautiful but cruel resident geisha, Hatsumomo, who sees her as a potential rival in the making.

Chiyo’s life changes when she meets an enigmatic older man, known to her simply as the Chairman, who shows the young girl kindness when he sees her crying in public. Unbeknownst to her, he later arranges for her to be placed under the tutelage of a famous geisha, Mameha, a great rival of Hatsumomo. 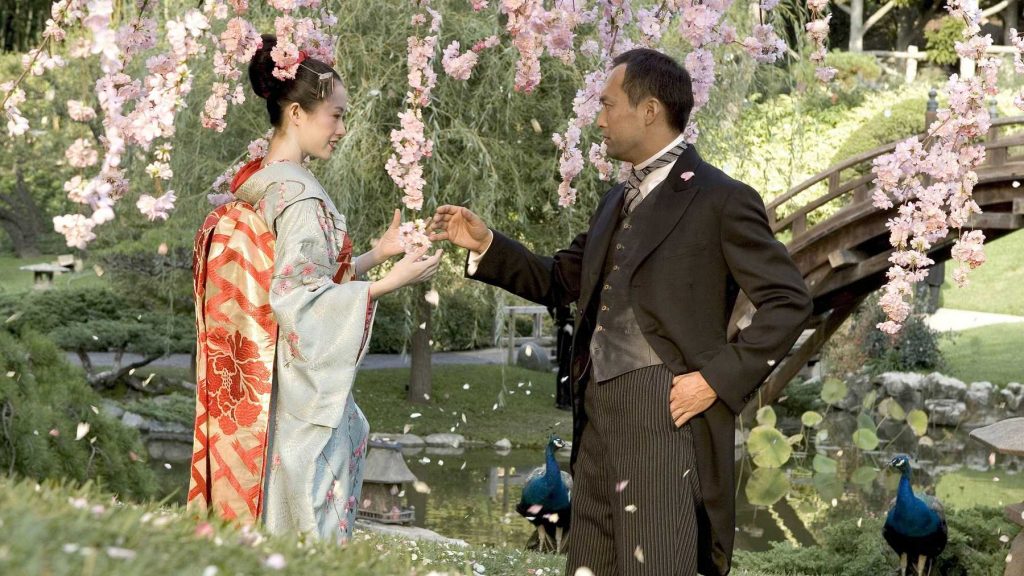 From then, Chiyo begins a new life, as an apprentice geisha. She takes a professional name, Sayuri and becomes a celebrated geisha.

What, particularly, resonated with me on this second reading, is the delicate and moving way the author weaves Chiyo’s longing for her old home and her family throughout the story, as an ever present memory which rises to the surface whenever it is triggered by a person or event in her present. Hearing the news of the death of her parents while she has been in Kyoto, Chiyo describes herself in the months that follow as being ‘like a child lost on a lake in the fog.’

Then there is the incredible detail. The writer, Arthur Golden, brings even the smallest, most mundane task, Chiyo undertakes, vividly to life. So, by the time she begins her training as a geisha, the descriptions of the transformation virtually spring up from the page. You can almost feel the rich silks and brocades her body is encased in, see the delicate artistry of each beautiful kimono and feel the pain of having to sleep in the hairdo that a geisha cannot wash for days in case it falls out of place.

Memoirs of a geisha evokes a bygone era and vanished world in such exceptional and convincing detail that you walk the very streets of Gion with Chiyo and suffer every small humiliation with her. And it’s a page turner despite moving at what seems a leisurely pace.

I wonder how the book would be received if it was published today in this ridiculous era of mediocre art and social media censorship. No doubt, Arthur Golden, a white American man writing the story of a Japanese female would cause today’s talentless woke crowd to suffer mass fits. The film attracted controversy in 2005 for casting Chinese actresses as the Japanese characters but nothing on the scale of idiocy we have to endure today. Back in the normality of the ‘90s Memoirs of a geisha was a big success and having revisited it, I’d say, deservedly so.