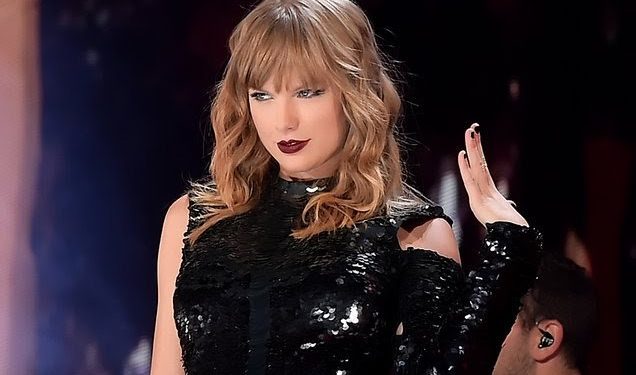 Taylor Swift doesn’t bore her audience with half baked political thoughts and agendas. She doesn’t rant embarrassingly against her country’s president and alienate half her audience. She doesn’t swear or simulate sex on stage in front of her predominantly young/child fans. Instead she focuses on her songs and putting on an entertaining and visually extravagant show. It’s probably why she’s playing stadiums and selling millions of records while her rivals have largely disappeared up the ‘woke’ backsides they love to bare at every opportunity.

Last Friday Swift played the first of her two nights at Wembley stadium following in the female footsteps of Madonna at the height of her fame and more recently Adele. She may not have quite the juggernaut back catalogue of the former or the singalong power of the latter but she delivered a heartfelt performance of self written material which chronicles her own experiences and which she acknowledged seems to resonate with the fans who have grown up listening to it.
While the show was clearly well rehearsed and slick it never felt overly so and the many moments during it when Swift shared her thoughts and feelings about life felt sincere. She looked genuinely moved and grateful midway through the show when during a simple piano rendition of New Years Day her audience gave her one of the biggest and longest ovations I’ve seen any singer receive during a concert.
Whether she was flying, Tinkerbell like, over the heads of her fans in a gold bird cage, battling giant, inflatable snake heads, strumming her guitar and going back to her early country tinged songs, or duetting with Niall Horan, Taylor Swift delivered like a pro. And that’s why she will be around, still selling out sizeable arenas long after many of her contemporaries are botching the samba on Dancing with the Stars.