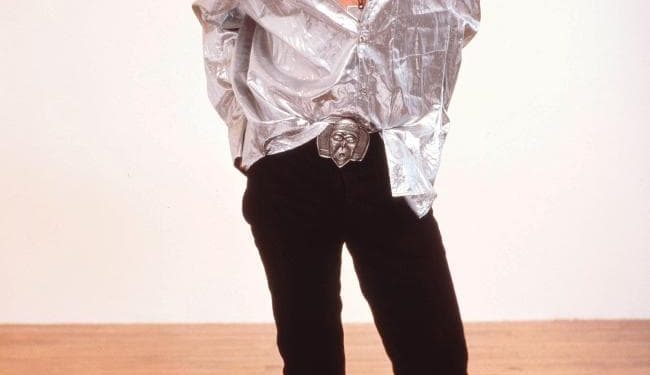 How will Michael Hutchence be remembered in the Pantheon of rock gods? 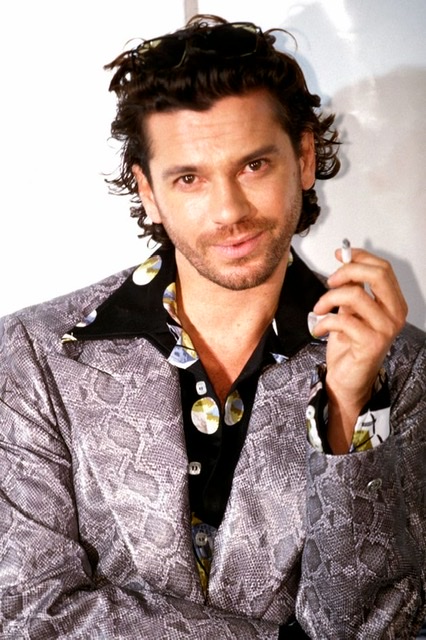 Richard Lowenstein, the director of a new documentary, Mystify, about the late front man of the band INXS, is clear; Hutchence deserves to be up there with the great stage performers of rock such as Hendrix and Jim Morrison of the Doors.
When Hutchence was alive, comparisons were made to Jagger and Morrison and he was obviously influenced by  these greats and, Lowenstein says, took from them but “he also developed his own unique style and turned it into something for the 80s. He almost defined the ‘80s and then moved it into the 90s.”

Watching footage of Hutchence on stage and in clips from videos it’s hard to argue with Lowenstein‘s assessment. Hutchence had an electric stage and screen persona, at once sexual and raw but at the same time mysterious and distant as  if he was holding something important back, willing you to get to know him better before he fully gave of himself. His former girlfriend, the Danish supermodel, Helena Christensen recalls in the film the first time she saw him perform live. “He just blew me away,” she says, her voice still flushed with awe at the memory of the experience. 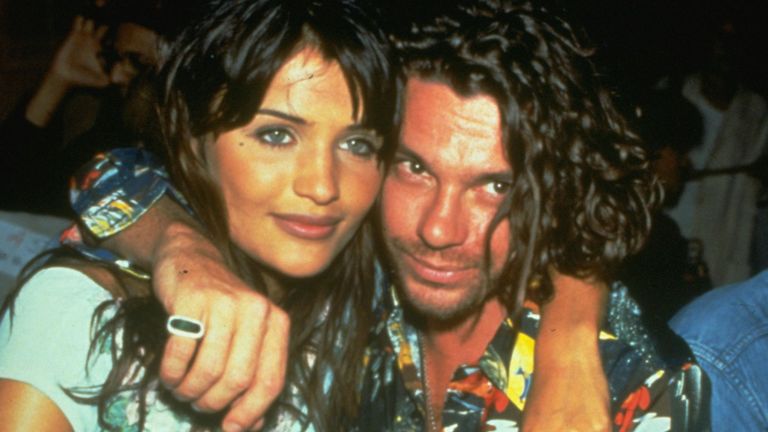 The aspect ofHutchence’s life, however, that the man himself struggled with is one the film too grapples with, not always successfully. Michael Hutchence was, by all accounts, an intelligent, sensitive, well-read man with a wide range of interests.
Lowenstein, who not only worked with Michael on some music videos and a feature film but was also a personal friend, says, that as such, he deserves to be remembered as a musician and artist as well as the charismatic lead singer of a band.

This poses the trickier challenge for the film. While many friends and family members stress this aspect of him, not enough is presented in terms of the work that might support it. There are some clips from a solo album and attempts to dissect complex family relationships but little suggests he ever got to grips with his desire to be more than a pin up rockstar.

Unfortunately for MichaelHutchence, his life and career came to be overshadowed by his personal life. His main girlfriends are all featured here, although not on camera. An unusual feature of this documentary is that the talking heads are not shown they are simply heard. The director says he wanted to keep keep the viewer in the moment of whatever period was being shown with the voices providing commentary without inserting their present day images into the story. So we hear from Kylie Minogue who was briefly with Hutchence. She remembers him with affection but lifts the curtain on a depressed man fighting  personal demons and unsure of himself. She sadly and candidly admits that he broke her heart.
Helena Christensen, with whom he lived for five years in what looked, on the surface, like the dream glamour coupling of rockstar and supermodel, also presents a more damaged picture of the man behind the scenes despite the ‘total mental and physical chemistry between them’. An attack in Copenhagen left Hutchence with  untreated brain damage which changed his personality, leading to aggressive mood swings. He and Christensen parted.

Tabloid scandal
His subsequent involvement with British TV presenter and wife of Bob Geldof Paula Yates led to tabloid scandal and court hearings. The story is recent enough for most people to still remember it. However, the film doesn’t shed any great light on it. Perhaps because both Hutchence and Yates are dead it’s all rather glossed over comments from Hutchence’s PR and a friend of Yates which don’t always sit neatly with what was, for months, a front page story.  Hutchence killed himself in a hotel room in Australia. This film is a noble attempt by Richard Lowenstein to do some sort of justice to the memory of his friend. It mostly succeeds.

Q:Why did you choose Mystify as the title rather than one of his other songs?

A: I wanted a title that would capture all the things I found mystifying about his life and death and provide the rounded portrait I was trying to create. I had made many videos with Michael and even a film. I knew he was a multifaceted person but in researching this film I still found a lot that was new to me. The film is also female biased. I wanted to explore those intimate relationships, the women who he had cried in front of. As men whether it’s me or his band members, we tend to get into war stories and not the depth of feeling that someone has. Their insecurities their fears. I spoke to Michael many times and had many fascinating conversations about politics, philosophy and the world but I really regret that I didn’t delve into more personal matters with him. So, after his death death I felt there was a piece of the jigsaw missing. The manner of his death, everything, things didn’t fit in for me.

Q: You have a lot of big names involved in this film, Bono, HelenaChristensen, Kylie Minogue but we don’t see them. Why did you decide to film that way?

A: I didn’t want it to be just another documentary with lots of talking heads. It was difficult to sell to the investors, hey I’ve got all these famous people on board but I’m not going to show them! But I wanted to take the audience back to the 1980s like a drama. I felt I had enough material to present without pulling them out of the story and bringing them into the now with people who were involved in the story then, looking older, looking different to how they were at the time and looking back at that time. I wanted the story to unfold as it did at the time even though I had these voices talking about it as the past. It’s a way of keeping the audience in the story.

Q: What did you most want to get across to the audience about  Michael Hutchence?

A: The core of the film was that Michael got sick of the sex god image. It didn’t satisfy him. Girls wanting to have sex with him where ever he went didn’t sustain his desire to create. He felt his artistry was waylaid by the image. He wanted to be recognised as an artist. He wanted the respect of someone like Nick Cave. He feared he would just go down as a loose rockstar. But actually he had successful relationships, long-standing ones. He had a strong need to be in love but he didn’t like the cliches that went with the image. He wanted to get away from all that.

Q: You’ve done a remarkable job of getting people together to contribute to this film. People who perhaps weren’t the best of friends. How did you manage that?

A: Getting people on board was not easy. Everyone hated everyone! If anyone in the film, including the band, had tried to make this film, the other half would not have been involved. I managed it because I was seen as neutral and independent. I was Switzerland! I said to each of these people, if you love him help give me one authentic portrait for history not five contradictory ones. Not made up ones that you get in a biopic.

Q: You knew Michael personally but what more did you learn about him from your research for the film?

A: I learnt he was even more multi faceted then I had thought. That he had secrets. There was human frailty. I answered the questions that had mystified me. He had so many layers to him. If I had discussed some of those things with him myself it could’ve been a form of therapy. For me his insecurity and shyness stuck out. He always remained the shy little kid who wanted to belong. Yet he was a great impersonator, charismatic and a wonderful raconteur. He was happiest on a filmset where he could be someone else.