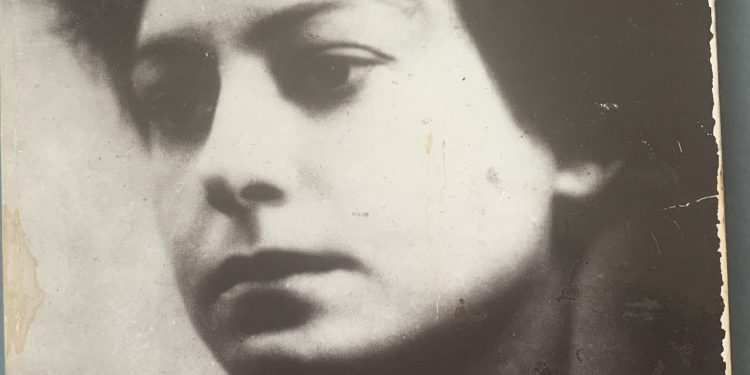 I usually have a good selection of books by my bedside, both fiction and non-fiction. But there are two I keep with me constantly because I never know when I might want to dip into them. One is the collected Dorothy Parker.

To me, she is the female Oscar Wilde. A genius writer whose sometimes sparse prose and poetry can convey more tragedy, longing, emotional isolation, joy, zest for life, depth and understanding of human nature in a single sentence than many writers can in an avalanche of words.

Dorothy Rothschild  (Parker was her married name)was born in New Jersey in 1893 and began her career by selling some of her poetry to Vogue. She was given an editorial position on the magazine and later became drama critic on another upmarket title, Vanity Fair. Her legendary wit and quotable one-liners made her both a social darling and someone to avoid.  A relationship with writer Charles MacArthur resulted in a pregnancy leading her to sniff, “how like me, to put all my eggs into one bastard.”

She was both a writer on Broadway and in Hollywood and herself the subject of plays and films.

The collected Dorothy Parker is an excellent introduction to her work. It contains many of her short stories, famous poems and reviews from publication such as the New Yorker, Esquire and Vanity Fair.

While her couplet News Item:

At girls who wear glasses

has become a well known saying, her pithy poems such as Two Volume Novel can beautifully say it all.

The Sun’s gone dim, and

For I loved him, and

He didn’t love back.

Parker’s short stories are terrific. Big Blonde is her best known one. My favourite is, probably, A telephone call. Anyone who has been in love and waited for a call from a beloved they are unsure of, will recognise and weep along to the sheer agony that Parker effortlessly releases onto less than six pages of anguished internal monologue.

Similarly, few writers have captured the push me pull you, verbal and brain tennis match that two lovers can get tangled up in, as well as Parker does in The sexes.

The settings for most of Dorothy Parker stories are very much of the era and her social circle but at their heart are timeless tales of human emotion. They are alsosurprisingly fresh and modern.