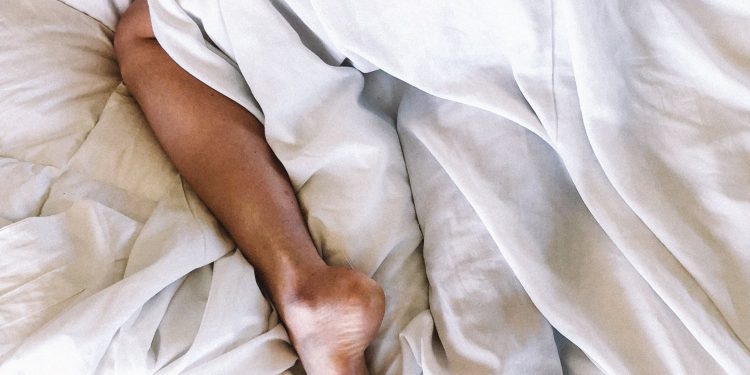 https://www.dottys-oils.com/essential-oils-relaxation-sleep
Getting a Good Night’s Sleep
Unless you’ve been hiding under a rock for a few years, completely disconnected from the
news and social media, you will know that #wellbeing is very much on the national and international agenda at the moment. And sleep – whether it’s of a poor quality or is
completely lacking – is quite the hot potato. 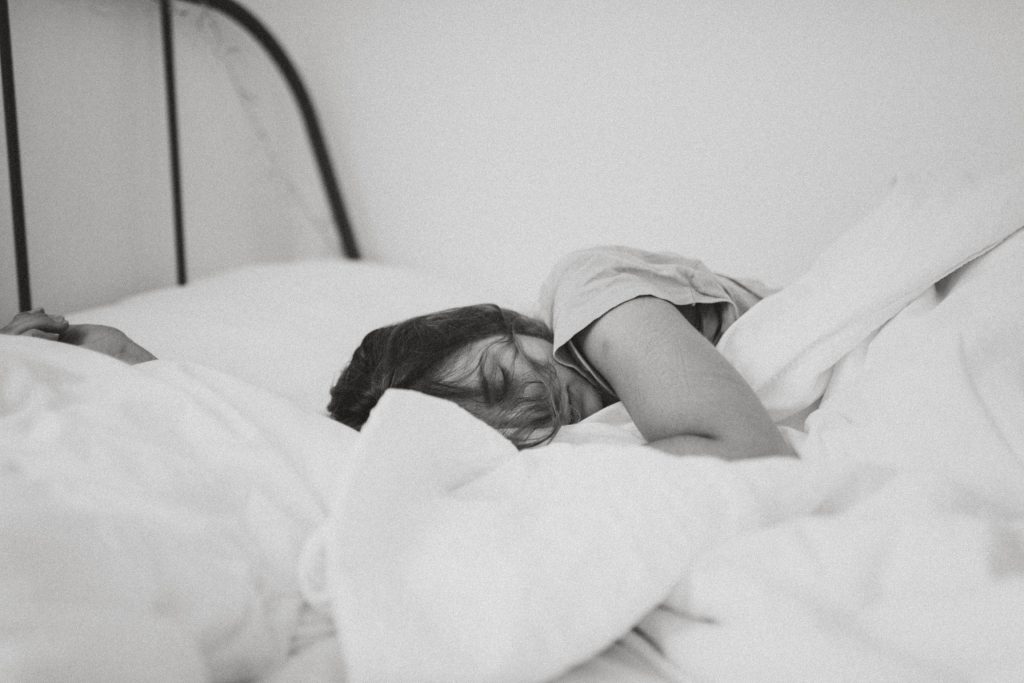 It is when we sleep that we re-charge our batteries and boost our immune systems.
There are ways we can improve our sleep and advice is all around us:
Do not routinely go out boozing into the small hours.
Try not to eat too much, too late in the evening.
Avoid scrolling through social media (if you’re like me, you have to rein in your Twitter – Facebook – Instagram cycle) or playing games on your devices in the hour before bed.
Don’t work late into the evening and worse still, don’t work IN bed! I would also add: avoid shouty, violent, loud films or TV programmes immediately before bed; but my husband would disagree. The list goes on. 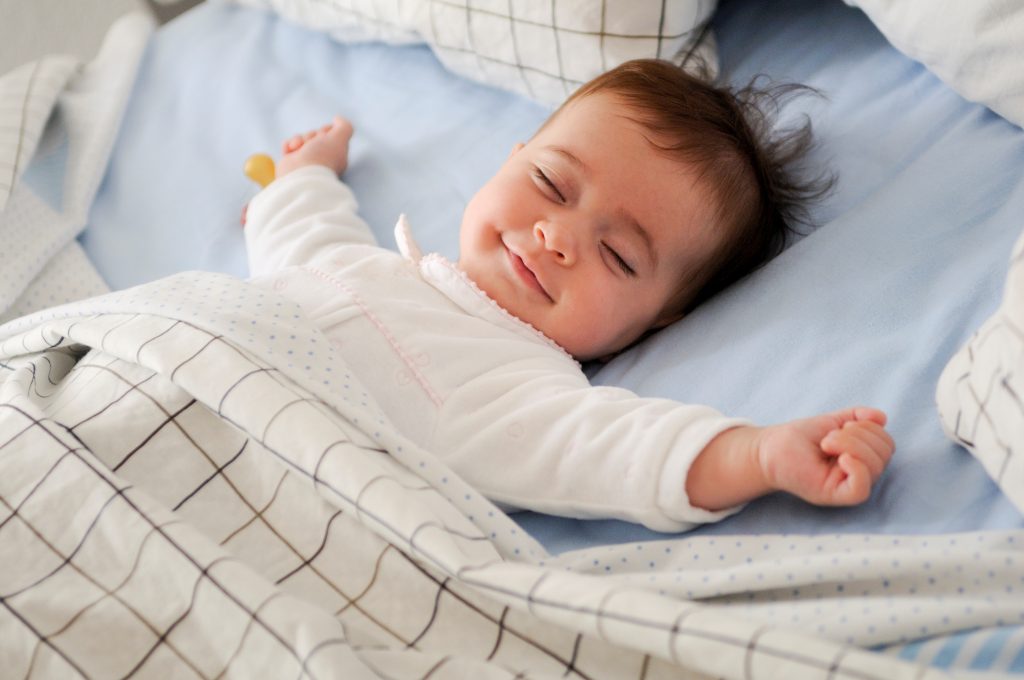 Baby smiling in bed with eyes closed and arms out.

Many years ago, when we were babies, our primary carers spent hours, days and weeks
establishing a good bedtime routine for us. It was an integral part of settling us into a human existence. As we grew into young children, our bedtime routines generally involved dinner, bath-time, then a bedtime story (the Mr Men series was a favourite of mine).
As we moved through childhood and into our early teens, bedtimes were peppered with
questions like can I have ten more minutes?
or in my case at least, comments about it
not being fair that my older brother got to stay up later than me (sorry Rich, I wasn’t trying to
deny you a later bedtime, I just wanted to stay up as well). There were rules. There were
routines. And we were encouraged to adhere to them in my house.

Somewhere along the line (A Levels? University? BVC? LPC?) it seems that many of us have abandoned our bedtime routines. A casual waste of many years’ effort on the part of our carers to ensure we get the sleep we so dearly need to help us grow and replenish.

With this in mind, I thought I’d share with you my advice for getting a good night’s sleep. It’s really simple advice. It can be a challenge to follow. But it is worth it.
My advice for getting a good night’s sleep is to establish a bedtime routine and just as importantly, to stick with it! It’s
not about going to bed at exactly the same time every night of the week but it is
about going to bed at roughly
the same time. It’s also about trying to
get roughly the same number of hours’ sleep. Going to bed at 10pm every night but waking
up anywhere between 5am and 11am the following day just isn’t going to cut it. Consistency is crucial, whether you’re an early bird or a night-owl. If you can discipline yourself to go to bed and wake up at roughly the same time every day, I believe your body will thank you for it.
In the same way that your body needs and expects food and drink, it also expects sleep and proper rest. Reward your body with sleep and it will reward you with productivity and a
healthy glow. Establishing a bedtime routine means that you are forming a rhythm for your
​body. It will know when energy is needed to focus on the tasks of the day, and it will know
when it can wind down in preparation for sleep.
Should you allow yourself a nap during the day? Is this a good thing? A big no-no? Well on this issue, I am neutral. I rarely nap during the day myself but if I truly felt that I needed to lie down and close my eyes for a while, I would do so. For approximately fifty years, my father has napped during the afternoon. Every single day; every single afternoon. At approximately 5pm he will lie down on the sofa and close his eyes. He naps for exactly ten minutes and then he bounces back into action. That’s him sorted for the rest of the day.
Looking back, I can identify that for years I would just simply crash when I got into bed. No winding down routine at night or set bedtime. This was especially so during pupillage and the early years of my practice. I recall one particular flat that I rented that had a desk at the bottom of the bed. I would work until I could take no more (though in truth my
concentration had waned several hours earlier) and then literally fall into bed. I was tired a lot of the time and I didn’t work efficiently because of it.

Nowadays, it’s a 10pm bedtime for me. If I’m still up at 10.30pm, that’s past my bedtime and I need to hit the sack! I try and ensure that my room is dark and not too warm. That it is free of distractions. There is no TV in my room. I have to admit however that my phone sits on my bedside table. I know that this is not ideal… it is a work in progress!

For the last two years, I have also incorporated using essential oils into my bedtime routine.

So it’s not just the time that I go to bed or the length of my sleep that is important to my
routine – it goes a bit further than that.
I diffuse a blend called Serenity
in my bedroom before bed. I pop on the diffuser at around 7pm and then close my bedroom door. When I return to the room at 10pm – BOOM – the
aroma (think a mixture of Lavender, Ylang Ylang, Sandalwood, Marjoram and Roman
Chamomile) informs me it is time to sleep because my body now recognises this as part of my bedtime routine.
I place drops of  Cedarwood on the bottoms of my feet once I get into bed (or the On Guard
blend if I am feeling a bit under the weather). This helps me to relax and is a very quick and
easy form of self-care. I occasionally use another blend called Air (a respiratory blend with Eucalyptus, Peppermint, Cardamom and Lemon) and place it onto my chest to open my
airways. If, for whatever reason I’m feeling wired (a big legal argument the next day will do the trick), I take two Serenity softgels an hour before going to bed – these help calm me and feel more rested.
I can’t pretend that it is easy to stick to a set bedtime or adhere to a particular routine. A TV programme or book may seek to keep you away from getting your shut-eye. Events and
gatherings will come along that you will want to and should most certainly attend. Life is too
short not to go out and enjoy them! Staying up past your bedtime is likely to mean that you
get less sleep and feel tired the next day. But here’s the thing, if you have a good bedtime routine in place – a couple of late nights aren’t going to interfere too much 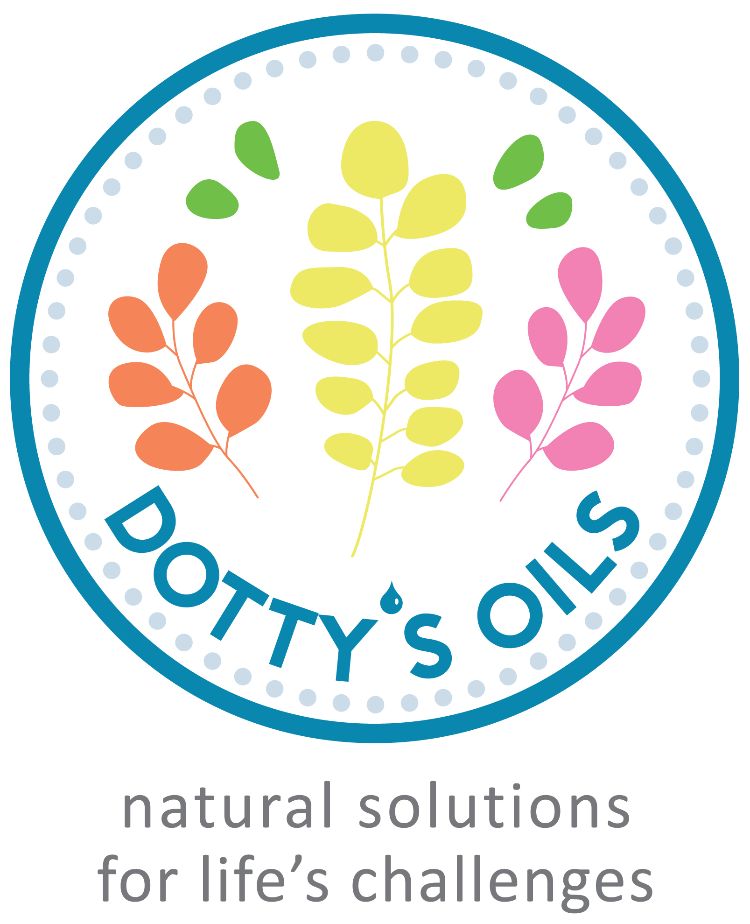