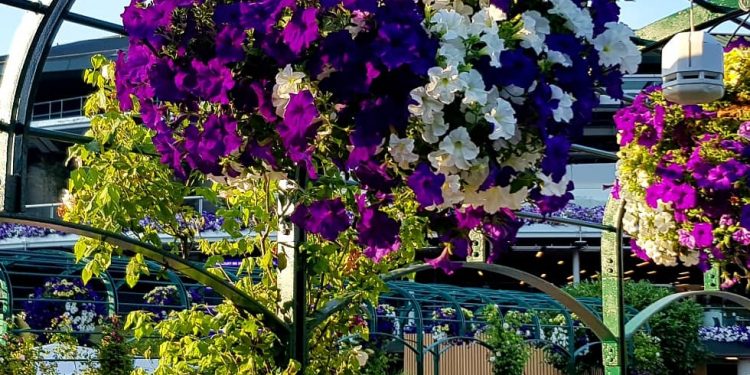 The streets of SW19 are hard. That’s right, the pavements of leafy, lovely, affluent Wimbledon are as unyielding, hard and cold as anywhere in London. Except that after I spent a night on a Wimbledon pavement I opened my eyes to find three-time men’s champion Boris Becker smiling down on me and everyone around me was happy, chatting and taking photographs of Boris with expensive cameras. 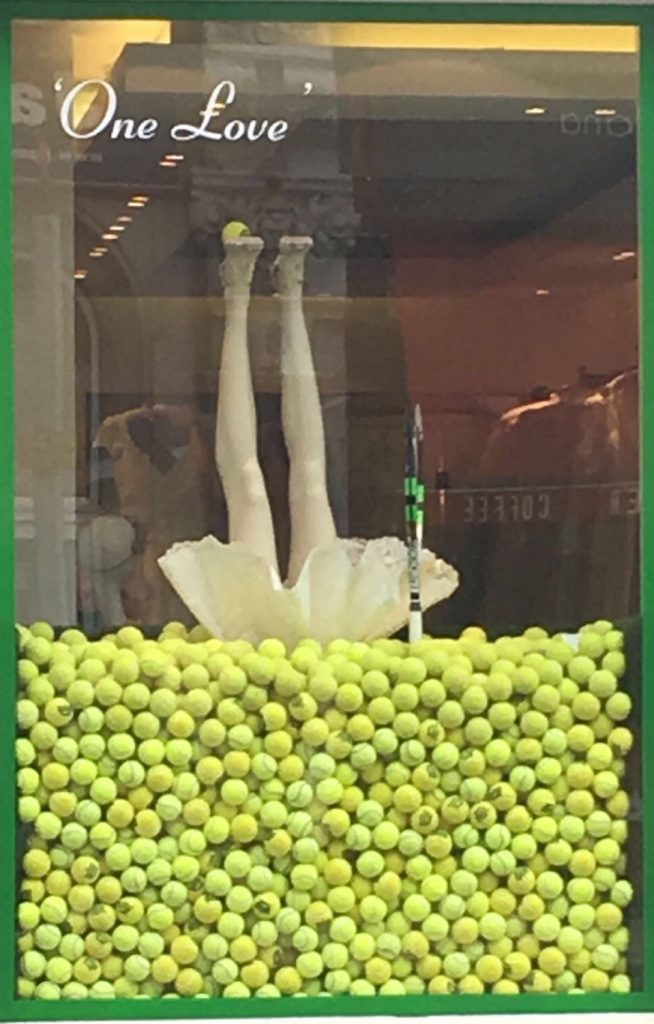 Let me explain; aged 19 I camped out on the street to queue for the greatest tennis tournament in the world.

Queuing for Wimbledon – it’s the most bonkers, fun, daft, friendly, English thing you can do on a summer’s day. I’ve done it many years and had the loveliest of times (even when it’s rained). I’ve also imperiously swanned past the 5000 strong lines when I’ve had centre court tickets and thought, “Well, thank goodness I’m not one of them!”

In short, I’ve run the gamut of Wimbledon experiences. From trying to make myself comfortable on a stone cold pavement to sitting beside the Royal box (not quite in it – yet) at the men’s semis.

Each year hundreds of thousands of tennis fans from around the world congregate in SW19 eager to experience the traditions of Wimbledon . There’s no other tournament like it. From the all white dress code to the strawberries and cream, Wimbledon still remains classically English and it’s all the more loved for it.

Over the years the AELTC has accommodated many changes but still managed to retain the bygone era magic of the tournament and long may it stand.

The centre court is of course the holy grail for any tennis fan. However, unless you’re Roger Federer, getting a pass onto the hallowed turf is not easy. Court one is a very worthy second best destination if you’re lucky enough to have a ticket. But it doesn’t have to be all about the show courts. The All England club offers a fantastic day out even if you don’t have a show court ticket. There are many other courts within the grounds which are open to anyone on a first come first served basis.

Sometimes the most entertaining matches can be on these courts between two players who may not be household names but are playing their hearts out for a chance to progress into the next round. You can wander around the grounds picking and choosing which of these matches you fancy dropping in on.

There are also restaurants, bars, strawberries and cream stalls, a tennis museum and an official merchandise shop to enjoy between the tennis. Or you can share a picnic with friends on Henman Hill aka Murray Mound and watch the action on a giant screen. 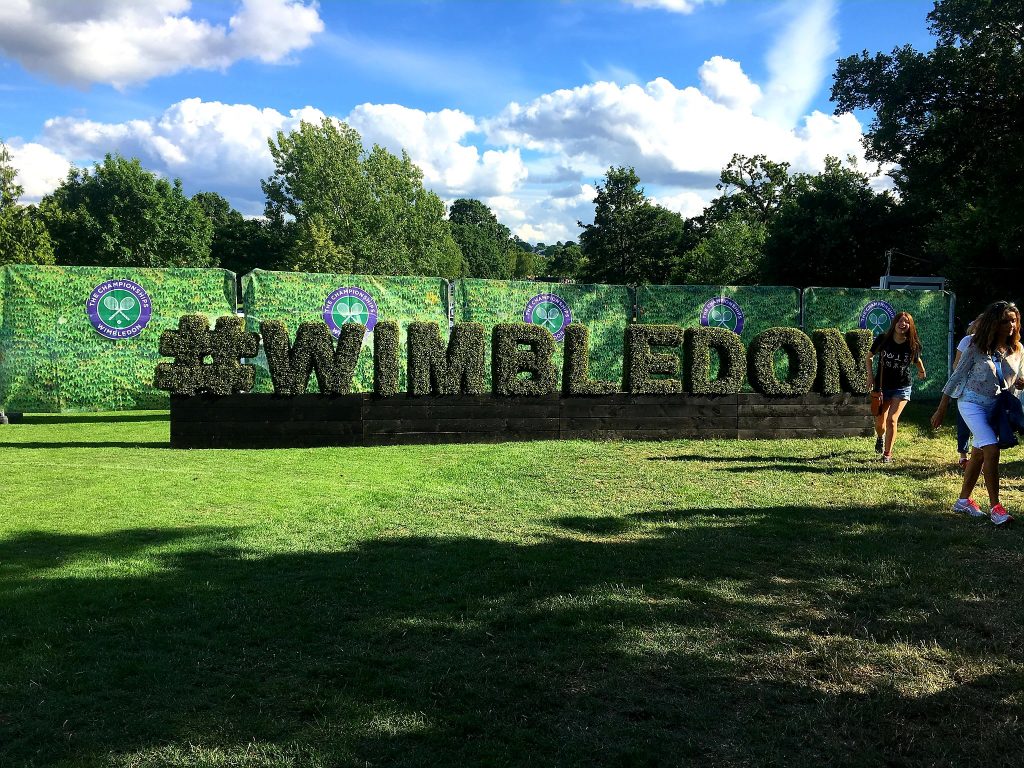 So, how do you get in, in the first place?

Assuming you’re not the Duchess of Cambridge with a spot in the Royal box on centre court or don’t have tickets from your tennis club here are some ways:

1. If Lady Luck is on your side you can try the ballot. You send it off between August and December of the previous year and if the dice rolls in your favour you could be the owner of a pair of tickets by the following April. There’s no choosing involved, you get what you get on the show courts whenever it’s available. A friend got two tickets for the men’s final last year, so fingers crossed!

2. Wangle yourself a hospitality invite from some corporate host and drink your weight in free champagne before staggering onto centre court giggling ‘come on Tim’ at some hapless Croatian player, like it’s the funniest thing ever. Or maybe not.

As I said, Wimbledon is a place of tradition and nobody in the queue dares defy the polite but stern stewards who patrol it. You try to pull one over on a Wimbledon steward at your peril.

The wait can be hours. I think my record is 7 hours. But the crowd is friendly, the mood is upbeat and time really does fly. I’ve made many a friend in the queue and gone on to spend a lovely day with them once we’ve got inside the grounds. 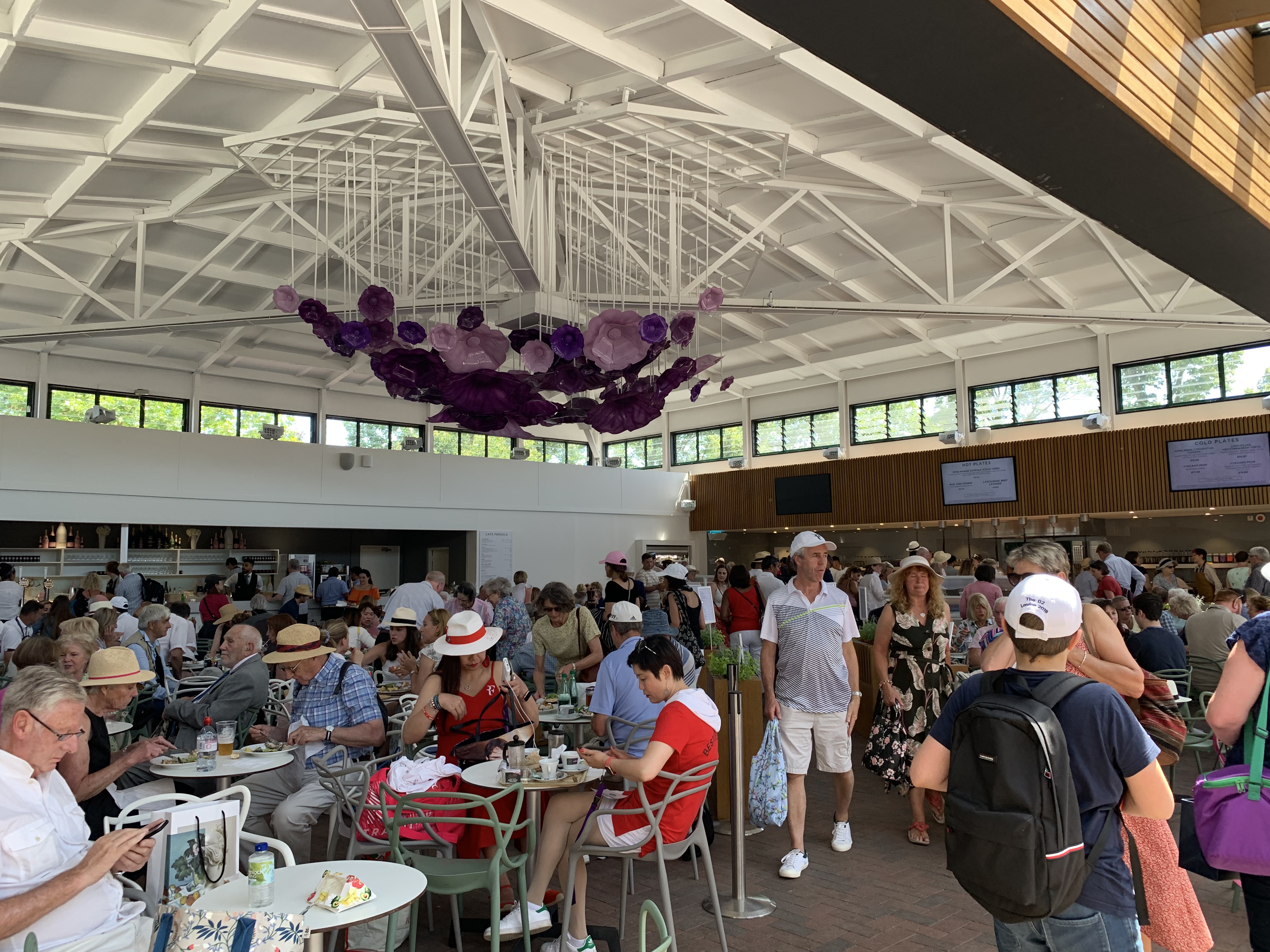 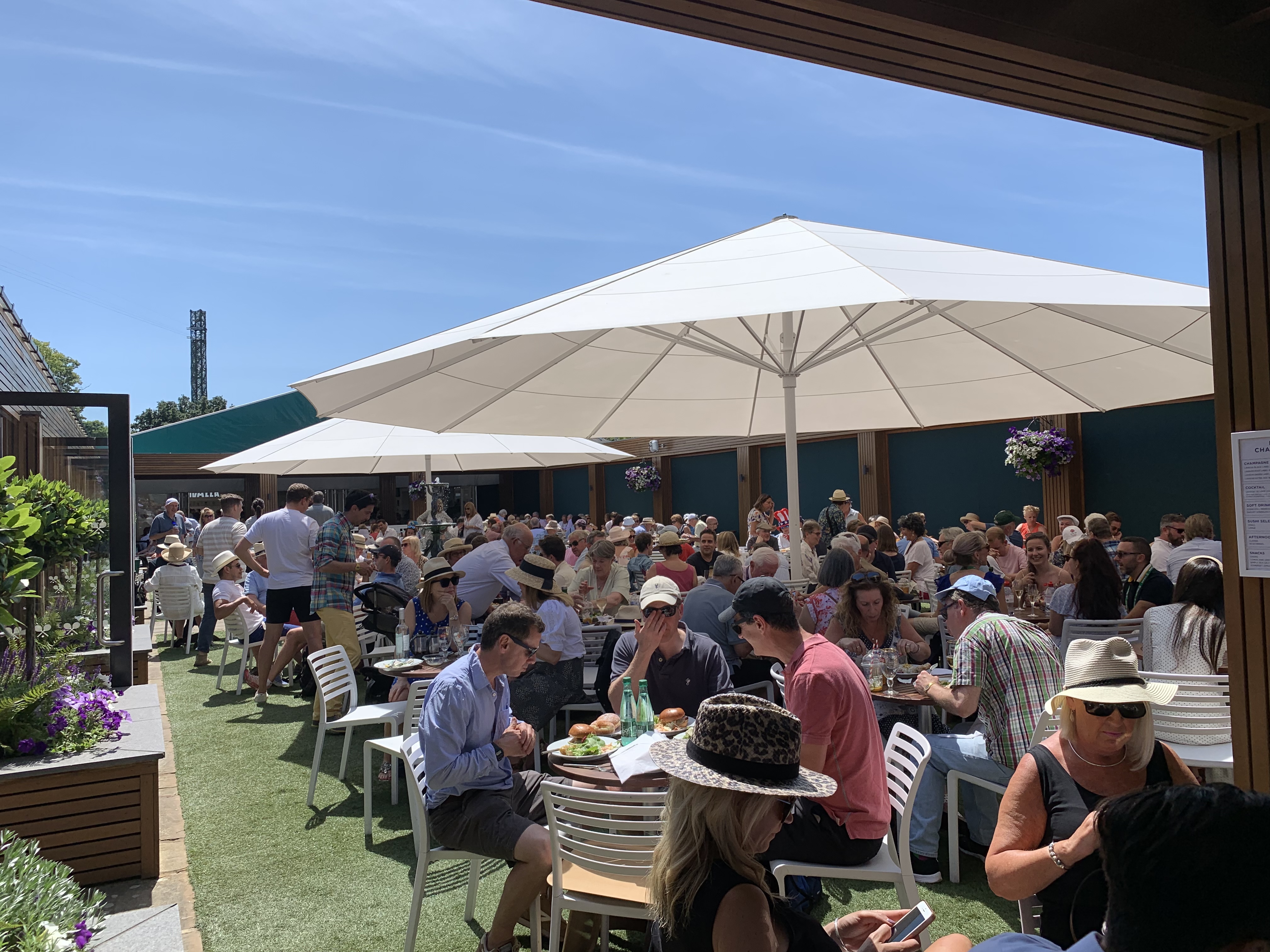 Unless you really are in the first 100 or so, the chances of getting a show court ticket are slim to nil. Most likely you will get a ground pass. Once inside, you can , if you have the stomach for it, queue up again behind Henman hill for show court returns which start coming in around 4pm. But most people choose to make the most of one of the most beautiful sporting venues in the world and have a good wander round. 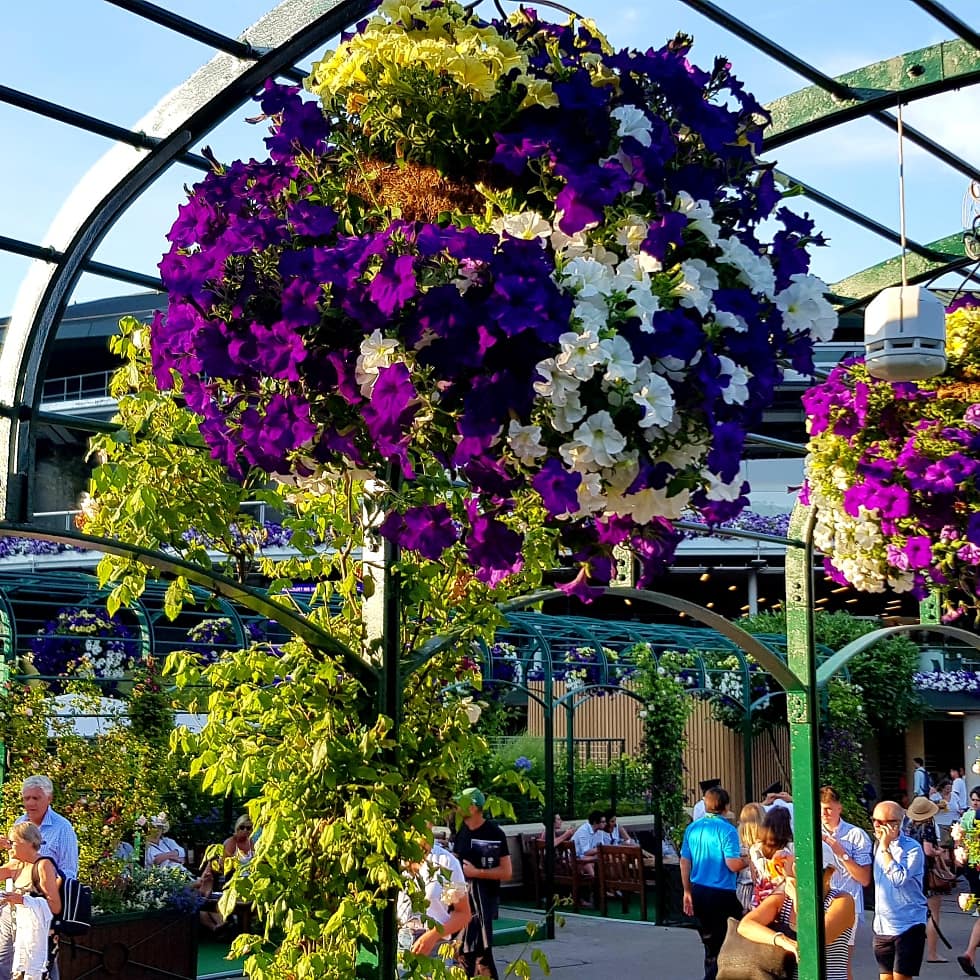 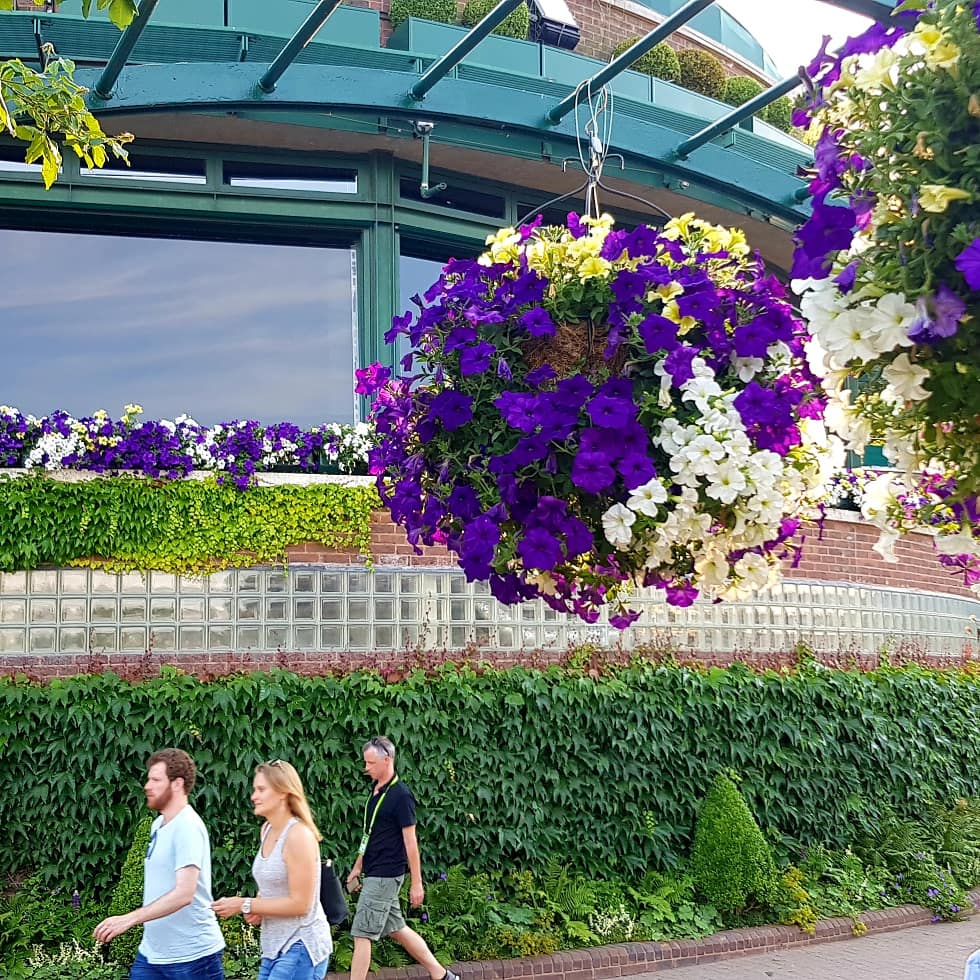 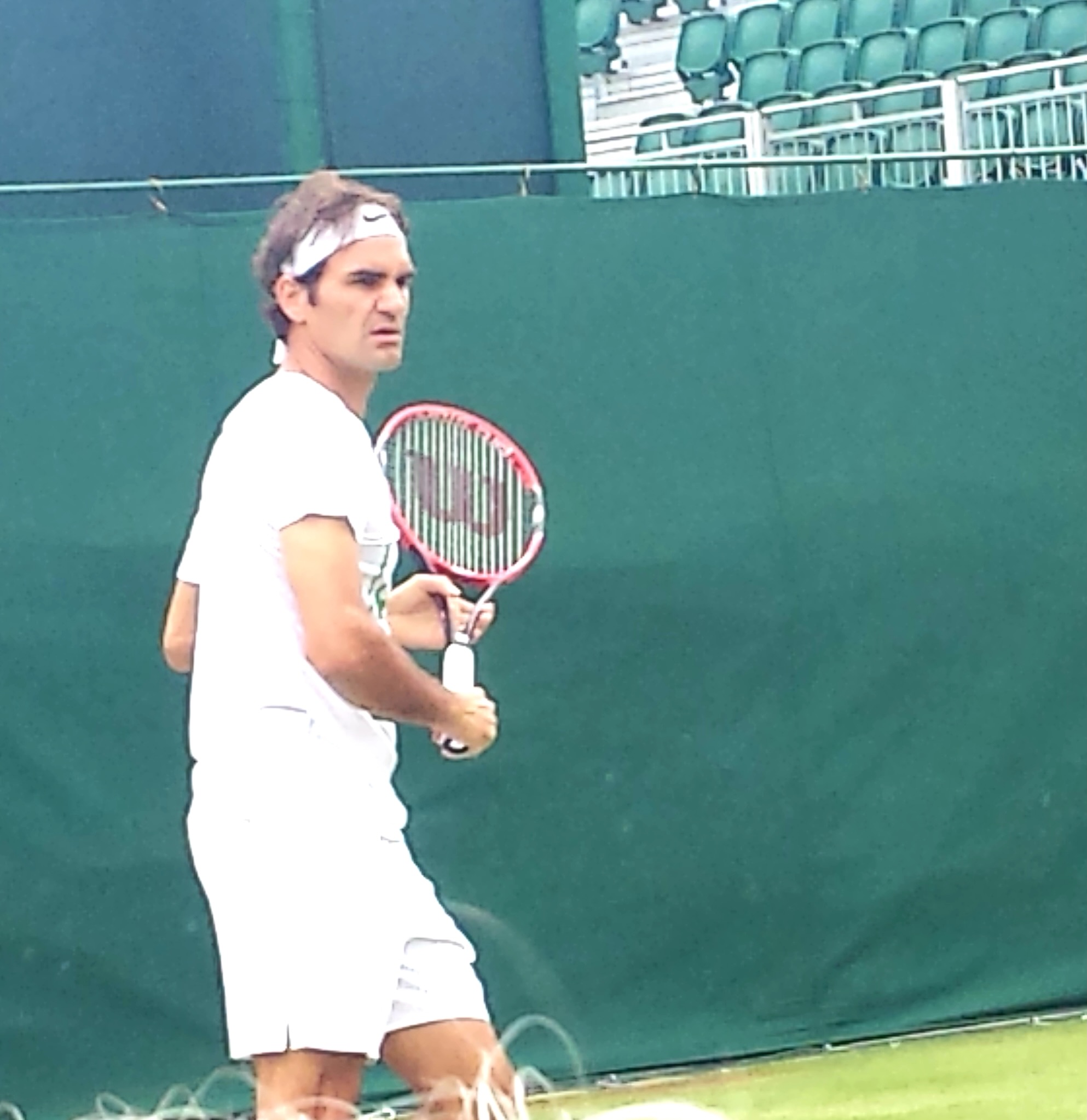 However you do Wimbledon, take it from me, it’s an unforgettable day out. I’ve been lucky this year and got centre court tickets. Maybe see you there!