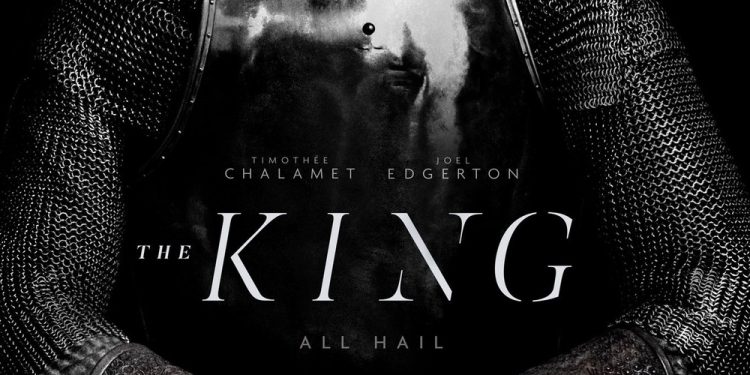 If they had called it Henry V it would have invited inevitable comparisons to the films starring Laurence Olivier or Kenneth Branagh. If it had been called something more Shakespearean it might have alienated some fans of the lead actor. So Timothee Chalemet is simply, The King in this star capture for Netflix.
And Chalemet is a star. And more than just a rising star. He is the young actor Hollywood and others see as potentially taking on the mantle of the biggest legendary names. Still only 23, he is carving an impressive place for himself on the big screen (and now the smaller screen)and even with the announcement that he is to take a short break from the business, one that looks as if it can only get better and better.
Having seen him close up at the Venice film Festival this year and two years ago during awards season for Call me by your name, I’ve been struck by how well he handles his fame, both as heartthrob for  young (and not so young) women but also as the actor who has all eyes on him as the next big thing. In the flesh he exudes a magnetism and charisma that only comes along every so often. He can match it with talent too. He’s developing into an excellent actor. Whilst he has yet to have the box office behemoth of a Titanic proportion as the young Leonardo DiCaprio did when his star was rising, Chalamet has already jumped seamlessly to the next stage of fame; making the films he wants to make and which show off his versatility and screen presence. 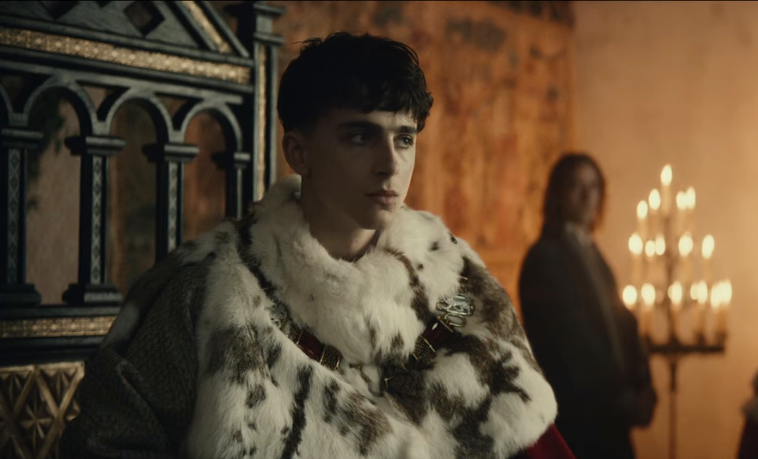 In The King, a film about medieval machinations in the royal court, he plays Hal, the Prince of Wales, who will become Henry V.
Hal starts off as an all partying, all drinking wastrel, an embarrassment to his father, king Henry (Ben Mendelsohn). Dead eyed and purposeless, he is, ironically, at loggerheads with his father because unlike the senior Henry he is not a warmonger. As a result his father summons him to court to tell him that he will not be succeeding him as King.
But Hal cleans up his act, dons armour, proves his capability over a weaker brother and ascends to the throne. However, he does so because he recognises he has the ability rather than because he arrogantly believes it is his divine right to rule over men.
Chalamet’s role in this film is not unlike the ascension of his career. With each film he commands attention, not through grandstanding or chewing the scenery but with a compelling, intelligent stillness that shines out of his eyes and through his body.
As the film progresses so too does Chalamet’s bearing and grandeur until it becomes wholly feasible that he is a leader of men even if he still looks as if he hasn’t yet started shaving. Historically,of course, young kings and queens were very common in earlier centuries. Many ascended to the throne in their teens and were guided by wiser, older mentors until they fully took charge.
In this case that role is filled by Joel Edgerton who also co-wrote the screenplay with director David Michôd (Animal Kingdom). Edgerton brings the gravitas and the Shakespeare as John Falstaff, the world and war weary friend and protector of the new king.
Robert Pattinson brings the surprise. Playing the Dauphin of France who first sends King Henry a child’s ball as an insulting gift and later the more chilling one of a would be assassin, Pattinson drew thrilled and surprised guffaws from the Venice crowd when he unleashed an explicit verbal volley of abuse at Henry in a quite fantastic French accent. You can almost see the relish with which he raps his tongue around it.
Chalamet’s English accent, incidentally, is absolutely fine. His speech before the famous battle is delivered in his own style of a truly young man going into war with all the bravado and trepidation of his youth and doesn’t seek to compete with the legendary battle cry pep talks of other films and illustrious predecessors. 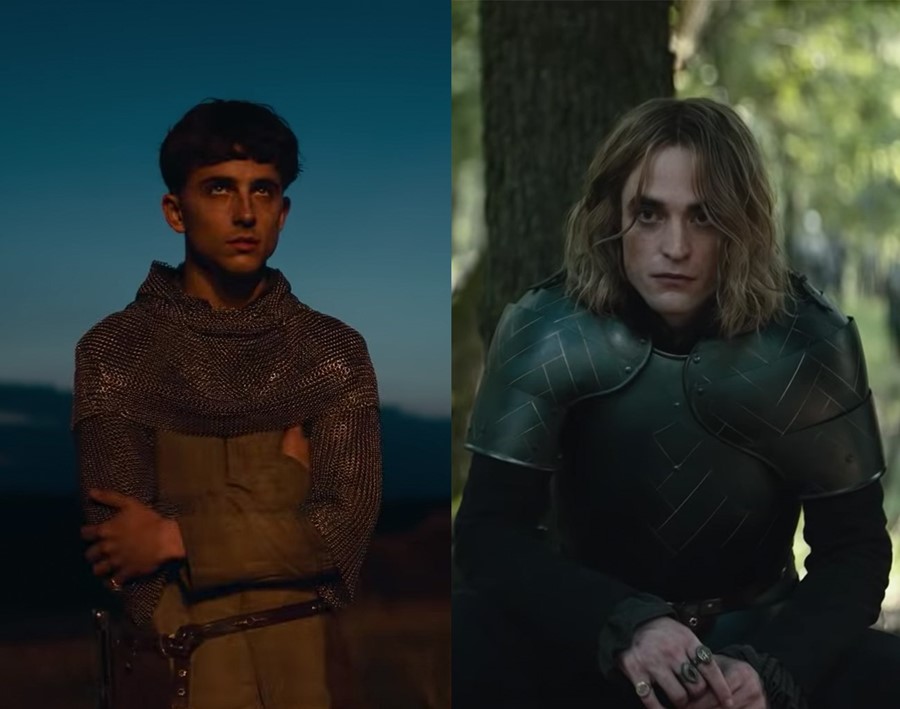 Lily Rose-Depp as Catherine of Valois is woefully under used but does well with what little she is given.
However, from the gloomy corridors of power to the mud splattered battlefield The King presents a man’s world and Chalamet, the boy wonder of Hollywood rises to its challenge.