Tuesday Trial: How safe is it to return to court? By Rina 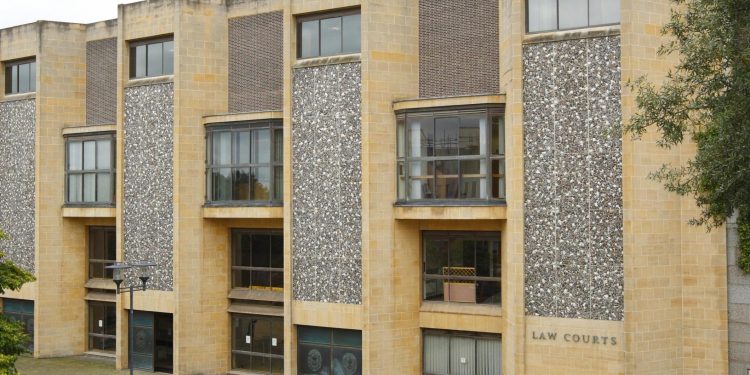 The Trial of a Jury Trial

On Tuesday of last week (26th May), I woke up to what would have been, but a few months ago, a perfectly ordinary workday. I got up at 6am, showered, plied myself with espressos and left the house an hour or so later. I jumped in the car, popped some Motivate essential oil blend in my minidiffuser and set off for court.

I took the scenic route down the A3 and across the A31 heading towards Winchester. It was a truly beautiful morning. There were quite a lot of roadworks underway, but the roads were blissfully quiet. 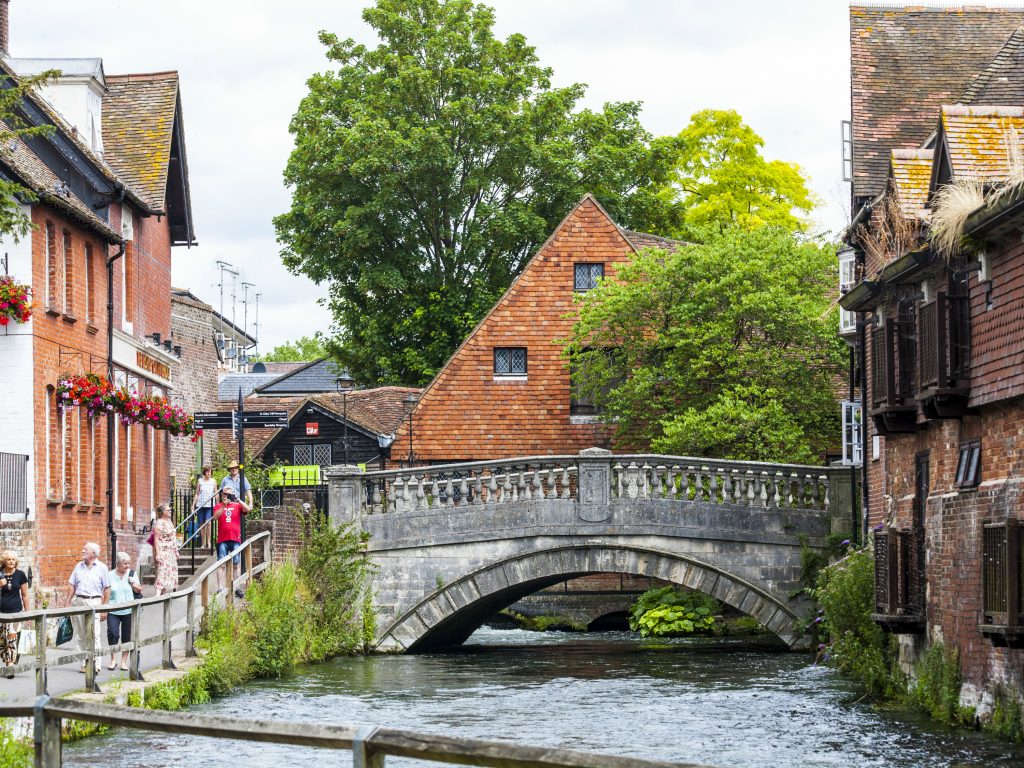 Having been left high and dry by the government with regards to financial support during lockdown, I was grateful for the opportunity to return to work, albeit that my trial was only listed to last four days. I was fit and healthy and had no pressing concerns about my own wellness.

It is usual for me to feel a bit apprehensive on this journey, particularly at the beginning of a trial. As many other barristers will admit, if they are being honest, trials can be nerve-wracking and stressful. As I was driving along in my little bubble I pondered: are there any legal issues likely to arise this week that haven’t already been litigated? How will the complainant respond to my cross-examination? Will the defendant come up to proof, if he gives evidence? What points do I need to ensure I have raised during the course of the trial to make the submissions in my closing speech that this case requires?

As well as these all-too familiar apprehensions, now there were others added to the mix.
Despite having been reassured in a pre-trial review that the court was prepared for a post-lockdown trial, would I be content with the arrangements once I arrived and saw them first-hand?

What measures for social distancing had been implemented and more importantly, would they be adhered to?

Would there be a room available that was large enough to enable me to have a conference with my client in private? Would the robing room, the toilet facilities, the courtroom be clean? What about the ventilation? 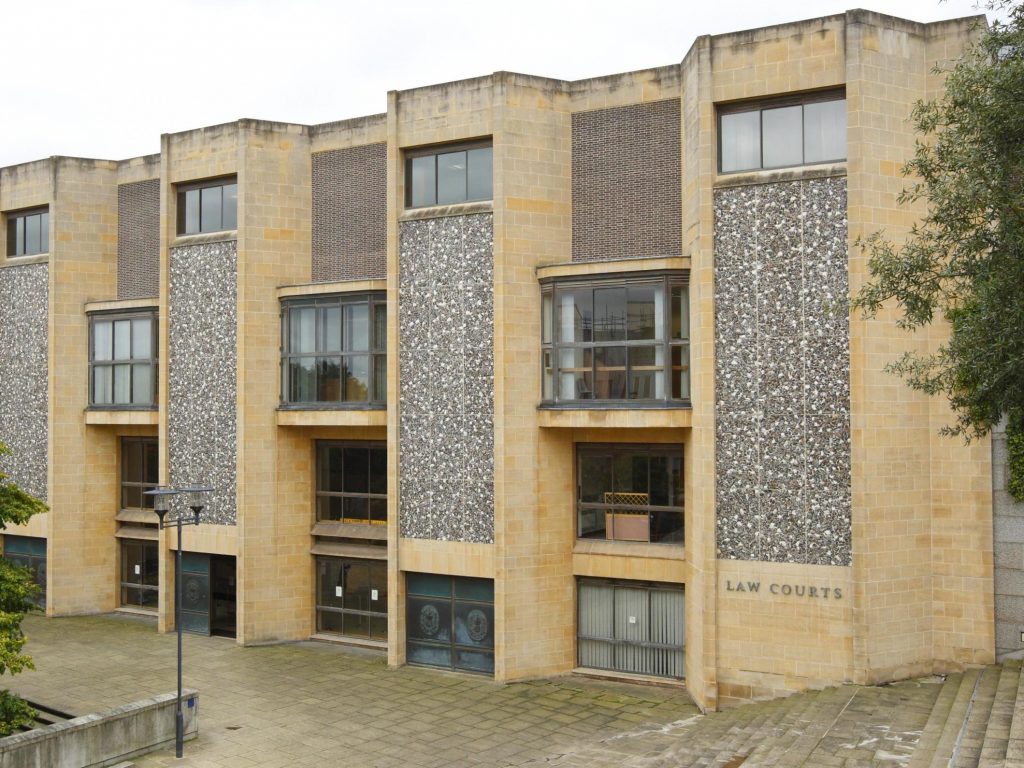 Having now completed the case, I can happily write, that it is my view, that Winchester Combined Court did an excellent job of accommodating a trial in this uncertain post-lockdown era.

Of course, this is an entirely subjective view. It can only be thus. But, let’s face it, I’m not here to write about anyone else’s experience other than my own! And I have to say that I was impressed.
The court staff must be praised for implementing what were clearly very well-thought-out arrangements for a post-lockdown trial.

I like getting to court early. Really early. There are fewer people around, there is no queue to get into court and I can get myself set up nicely for the day ahead. Despite the fact that I have been attending hearings at Winchester Combined Court for well over ten years, and despite the fact that the security guards know me by name, I am routinely subjected to a quick frisk and a bag search on my way into court.
Not last week. A quick flash of my smart pass and I breezed through the security arch faster than you could say “will you please take a sip from your water bottle”.

I walked the three flights of stairs to the robing room and marvelled at how the floor was marked with hazard tape, spaced at two-metre intervals. There were also other stickers on the floor, reminding court users to keep a safe distance, as well as similar posters on the walls and on the doors.

The robing room was empty, uncluttered and clean. The toilet facilities, including those in public areas were immaculate, and signage indicated a one-in one-out policy for users.

There is a large public concourse on both the first and second floor at Winchester Combined Court, that runs alongside the courtrooms. Tables and chairs were appropriately spaced on both concourses and once again, there was hazard tape and stickers on the floor reminding everyone of the need for social distancing. The canteen was closed. 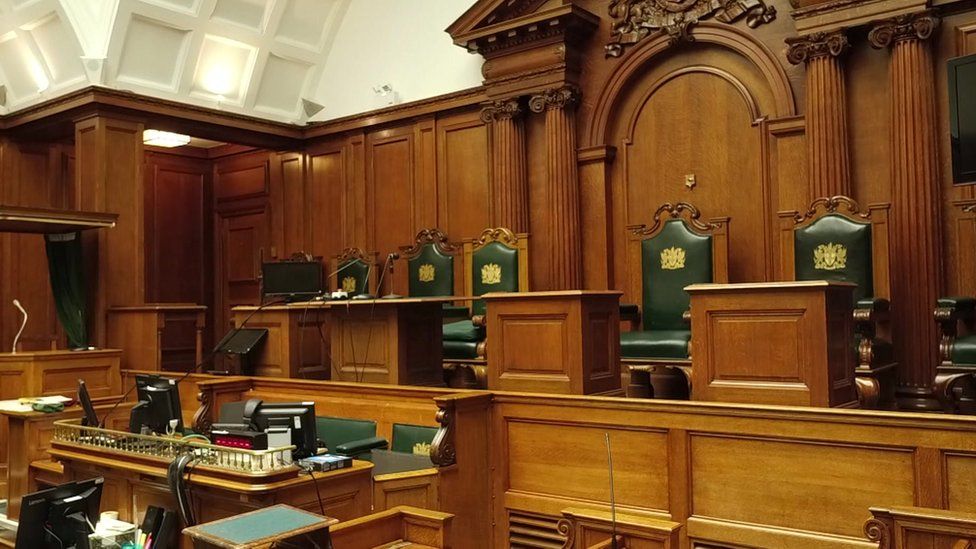 If you’ve never set foot in court 2, try and envisage a very large box. Although I don’t know the precise dimensions of the court room, I can say that it is as wide and long as it is high. If I had to guess, I would say that it is around 30-metres squared. Don’t quote me on this. Distances are not my strong point. I may be wrong. But hopefully you get the picture. It is a very large room. The dock is at the rear of the court behind a glass partition. Above the dock on another floor (accessed through a separate staircase) is the area normally reserved for the public.

Whereas I would ordinarily have twelve jurors seated next to each other to my right, arrangements had been made for the jurors to be spread out across the courtroom.
I had eight jurors to my right (both in the jury box and to the side of the jury box) and four to my left (occupying spaces reserved for the police and the press). The jurors were seated two metres apart from each other. All could observe both the witness box and the dock.

Counsel were seated in counsel’s row, but hazard tape had been used to seal shut the folding chairs, meaning that it was only possible for me to sit in the chair designated for my use and the same applied to my opponent.
I had my own designated water bottle and hand sanitiser (as did all other persons present in court). In fact, I drank my own water and used my own hand sanitiser, but the option was there, if needed.

Although the conference rooms at court are poky and shabby and lacking even a glimmer of natural light, they were all locked and not available for use during the trial. Instead, I was able to have a socially distanced conference with my client, in private, in the now empty advocates’ dining room. This arrangement worked well.

To ensure the smooth-running of the trial, certain changes were made to accommodate social distancing measures such as counsel giving their speeches from the witness box rather than counsel’s row. Witnesses were properly staggered so that they weren’t hanging around at court, waiting to give their evidence. During all breaks, the court was cleaned.

It was not possible to utilise special measures in the form of screens, given the seating arrangements for jurors but video-link facilities were available, if required.

Jury bundles were prepared in advance of trial and each juror had their own bundle.  Papers were not shared or passed around court in the usual way. There was very little movement at all in the court room once all parties had been assembled.

I consider that minimising witness waiting times at court, and having jury bundles ready in advance of trial to be the gold standard. These are things that should happen routinely and shouldn’t require a worldwide pandemic to jolt us into action (receiving a proposed jury bundle, thrown together on the first morning of trial is a particular bugbear of mine).

As a non-expert, my opinion on the ventilation in court was, that it was good. The air conditioning was on full blast (this came as a great surprise to me as I didn’t even know it existed in the building) and the temperature in the courtroom was cool and comfortable. We had regular breaks. I even discovered that for once, in warm weather, I didn’t need to curse the mobile central heating system that is my woollen robes. They came into their own, really, because they allowed me to open and close doors without having to touch door handles. Who would’ve thought? Although, in fairness, the door handles were wiped down frequently.

Matthew, the court usher, had a most ingenious idea. A Mobility grabber was purchased that doubled-up as a jury notegrabber, permitting a note to be taken and given to the judge (maintaining social distancing) during the course of proceedings. I am pleased to say that for Matthew’s sake, it was even put to use on the last day of trial.

All in all, the trial ran very smoothly indeed. Accommodating a single defendant case was manageable. It was not a paper-heavy case nor were there many witnesses required to give live evidence. If the current social distancing measures are to remain in place, it is difficult to envisage how a multi-handed trial could be accommodated.
No one wore a mask in court nor had testing taken place, as far as I am aware, to ascertain whether there were any current positive results for coronavirus among our number. Perhaps there is scope for saying that these matters could be looked at, but my view was that I was exposing myself to an acceptable level of risk, given the precautions that had been put in place.

On a personal level, the experience taught me that I can live without a mid-morning coffee, although I would far rather have one (and before you comment, it’s just not the same from a flask). I have also learned that even if I tell myself a million times not to touch my face, I just can’t manage it. And last but not least, it highlighted to me the very many things in my life that I have every reason to be grateful for, things that perhaps I took for granted at the beginning of March.

Thursday Thoughts : First day back at ...