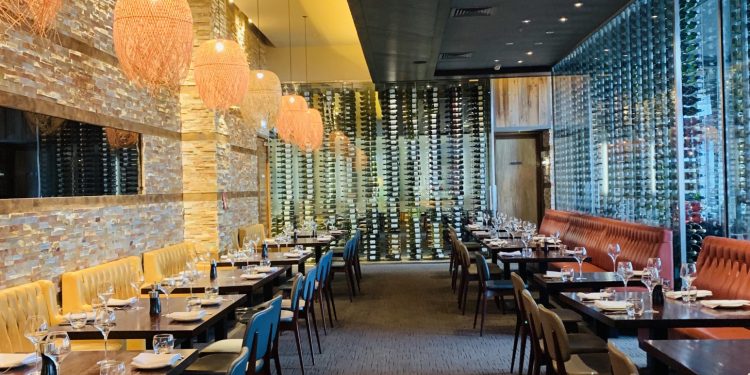 I’m not a great fan of a steak dinner. However, when it’s a celebratory birthday meal for three men born in the same month, albeit years apart, you have to go down the macho meat route. The Meat company in Westfield London is a great stop on that road. 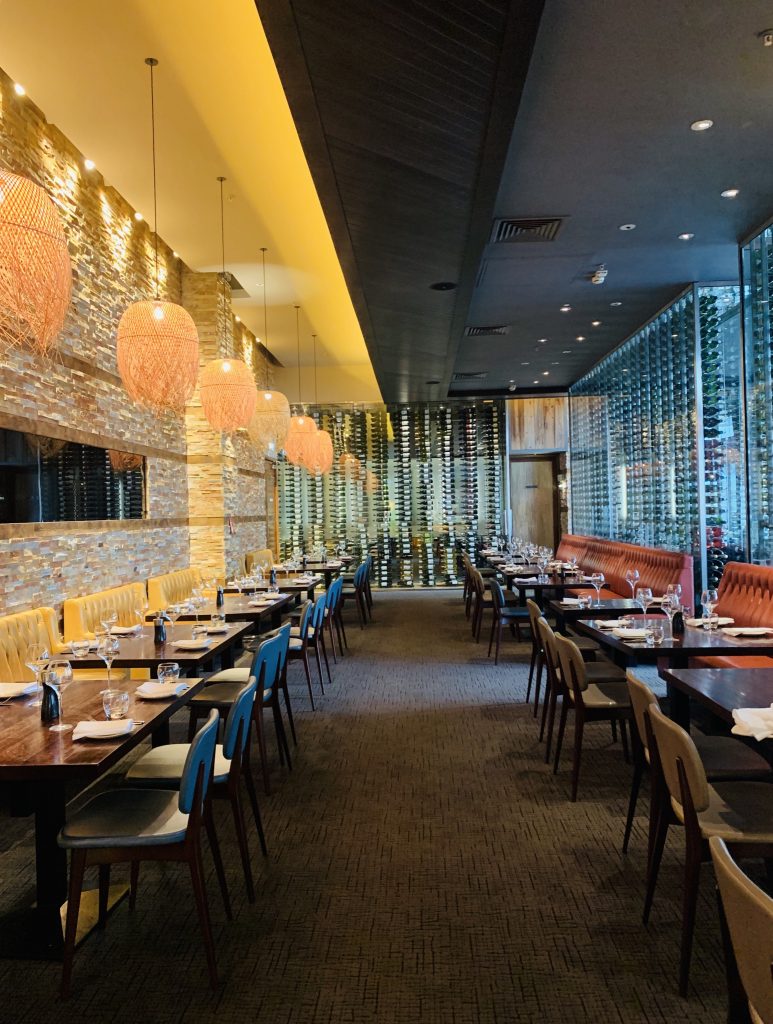 The restaurant started business in South Africa and now has branches in five countries, including holiday hotspot Dubai, so it’s popularity in cosmopolitan London is assured. It also has a halal menu which makes it doubly popular with the Arab/Muslim Clientele Of Westfield. Vegetarians, chicken lovers and fish eaters are not forgotten either, there are delicious options available for them too. The chilli prawns were a delicately spiced delight. 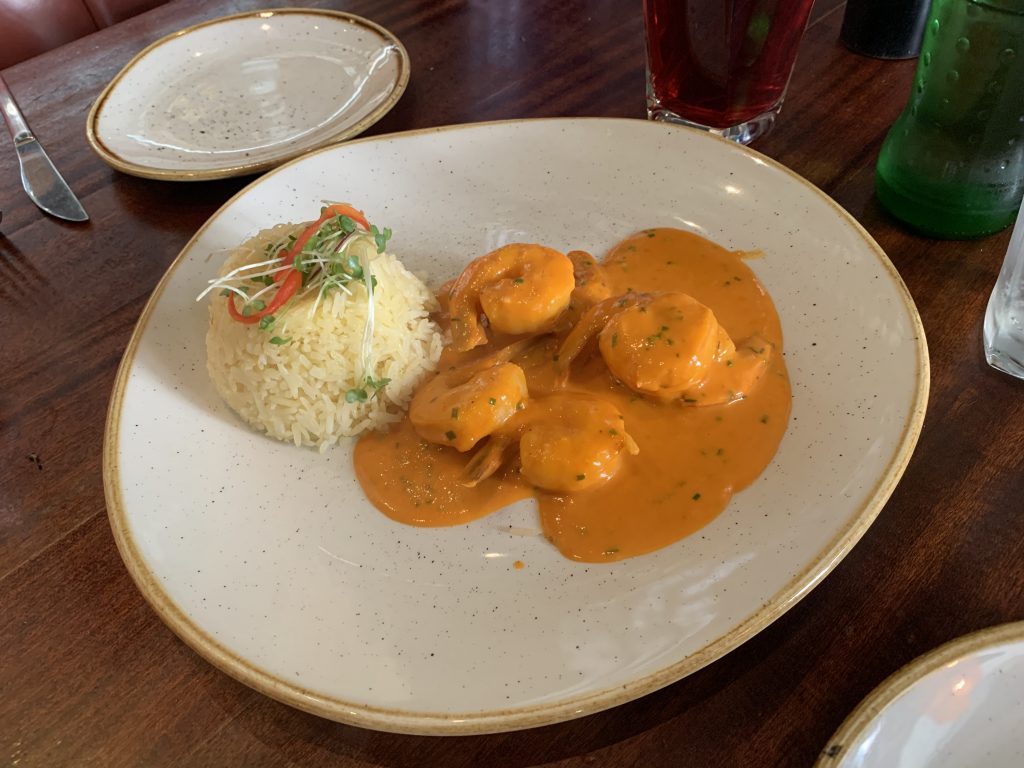 But the emphasis is on prime cuts of quality beef, perfectly aged and then grilled according to taste. Steaks start at around £39 and steadily increase in price to over £100.  Most of them come with hand cut, fat chips. A range of sauces such as creamy mushroom, Bernaise and Peri- Peri are available as a mini sidedish. Hanging  skewers such as the marinated lamb rump skewer are also popular teamed with potato or rice sides.

Although I opted for an unadventurous burger, my companions went all out on the steaks  and declared them tender, tasty and ‘just enough to be filling without being too heavy.’ Their empty plates confirming this was not just the usual polite comment saved for an anxious waiter asking if ‘everything is alright?’ 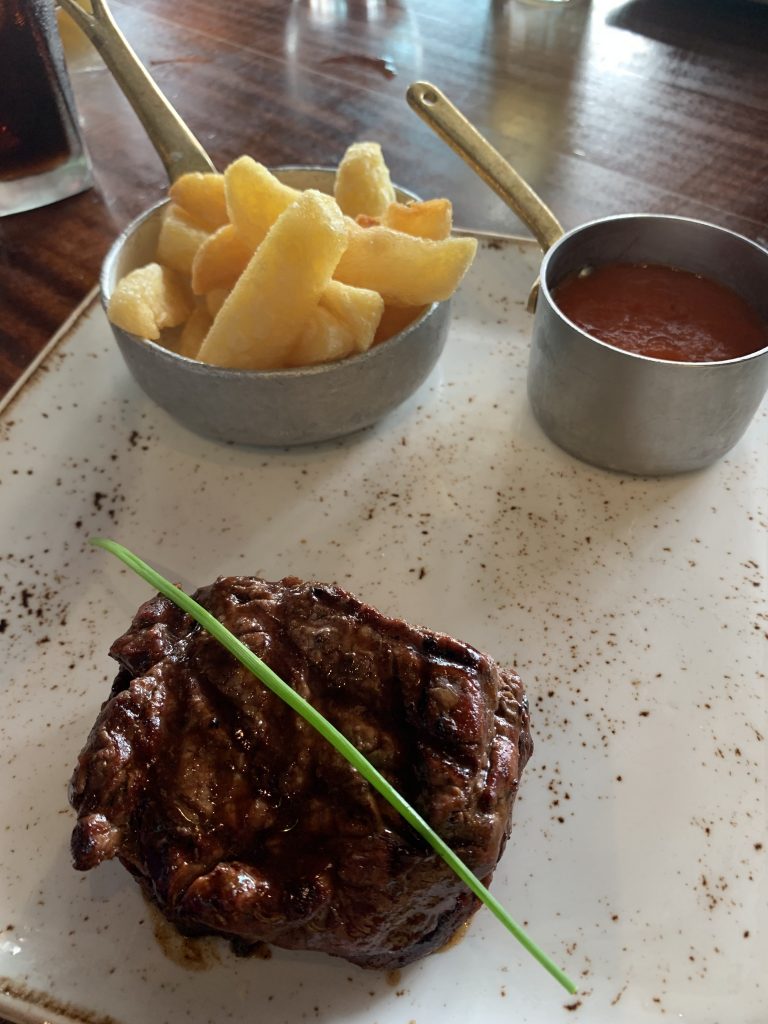 The restaurants itself is spacious and  welcoming with a striking and colourful decor that manages to be eye-catching but unobtrusive. The staff were polite and friendly as well as helpful when asked to make recommendations.

The Meat company is on Ariel way Westfield London.