Intimate isn’t a word I would normally use to describe a red carpet film premiere with hundreds of screaming fans and as many cameras flashing from all directions. But I can’t think of a better word to describe tonight’s premiere for Derek Ciafrance’s The Light between Oceans at the Curzon Mayfair. There was such a cosy feel to it all. Sure the movie stars were as glamorous and beautiful as you’d expect. Swedish actress Alicia Vikander is like the most delicate of porcelain dolls, so exquisitely tiny she looks like she might break if you grabbed her too tightly.
And Michael Fassbender, well, the female journalist next to me unabashedly announced she was already ‘shivering’ as soon as he stepped onto the carpet.
‘I know,’ sighed her colleague, in total, rapturous agreement!
Together, the two stars make a beauteous couple. Several journalists around me remarked on ‘how cute’ they look together and trust me, journalists can be an unromantic bunch when it comes to movie couples. But they seem enamoured of these two. ‘They just look so good together,’ one woman who had seen them earlier in the days at the press conference explained. They’re really natural around each other, really at ease and, you know, normal. They’re like a normal couple.’
It was what someone whose husband works for Fassbender also told me in the ladies toilets as we both freshened up our lipstick. ‘My husband says he’s just the loveliest man,’ she said, ‘so nice and normal.’ She hesitated and looked around in case anyone was listening before whispering ‘And all the women I know have a real thing for him!’
Well duh!

Back to my shivering, quivering companion and the red carpet.
While Fassbender and Vikander took dozens of selfies with fans, I spoke to David Heyman, the producer of the film. Heyman is the man who brought you blockbusters like Harry Potter and Gravity, so I asked him what the difference was between that kind of film experience and something small and character driven like The Light between Oceans?
He said for him it’s not the size of the movie, it’s whether the story moves him. ‘ I don’t want to sit passively in a cinema, I want to feel. I want to cry or laugh or feel scared. I want to work with people who strive to tell the story in the best way possible.’
Of what drew him to work with Alicia Vikander he said, ‘she’s passionate, brave and dares to fail. She tries things out to see if she can reach new places and so draw the audience in.’
Director Derek Cianfrance told me of how he had cried when reading the book. After he completed the film he sent it to the author, ML Stedman and didn’t hear back for a whole day. He was afraid she hated it. When she finally replied, she told him it had taken her so long because she, in turn had been crying at his adaptation. ‘You get it, she told him ‘ and isn’t that what life is about?’
Cianfrance also explained that before he makes a film, he imagines it in his head for months, sometimes years before he gets on set. So he has a clear vision of what he wants. ‘But the film Michael and Alicia have made is better than the one I imagined,’ he said with feeling.

Fassbender didn’t quite make it to our section of the press box for questions but Vikander did. I made a short video of her while she was answering questions from a national newspaper and I will put that up on our YouTube channel.

Adding cuteness overload to this delightful premiere was Florence Clery, now 6, who plays little Lucy in the film. She briefly stole the show from the adults before deciding it was all too much and dissolving into tears. Her parents picked her and gave her a cuddle as did Vikander and she rallied to later proudly tell Fassbender about her newly missing tooth!

See what I mean about about ‘intimate’. This was less a premiere and more a big, glam family party……just with a few dozen TV crews in tow! 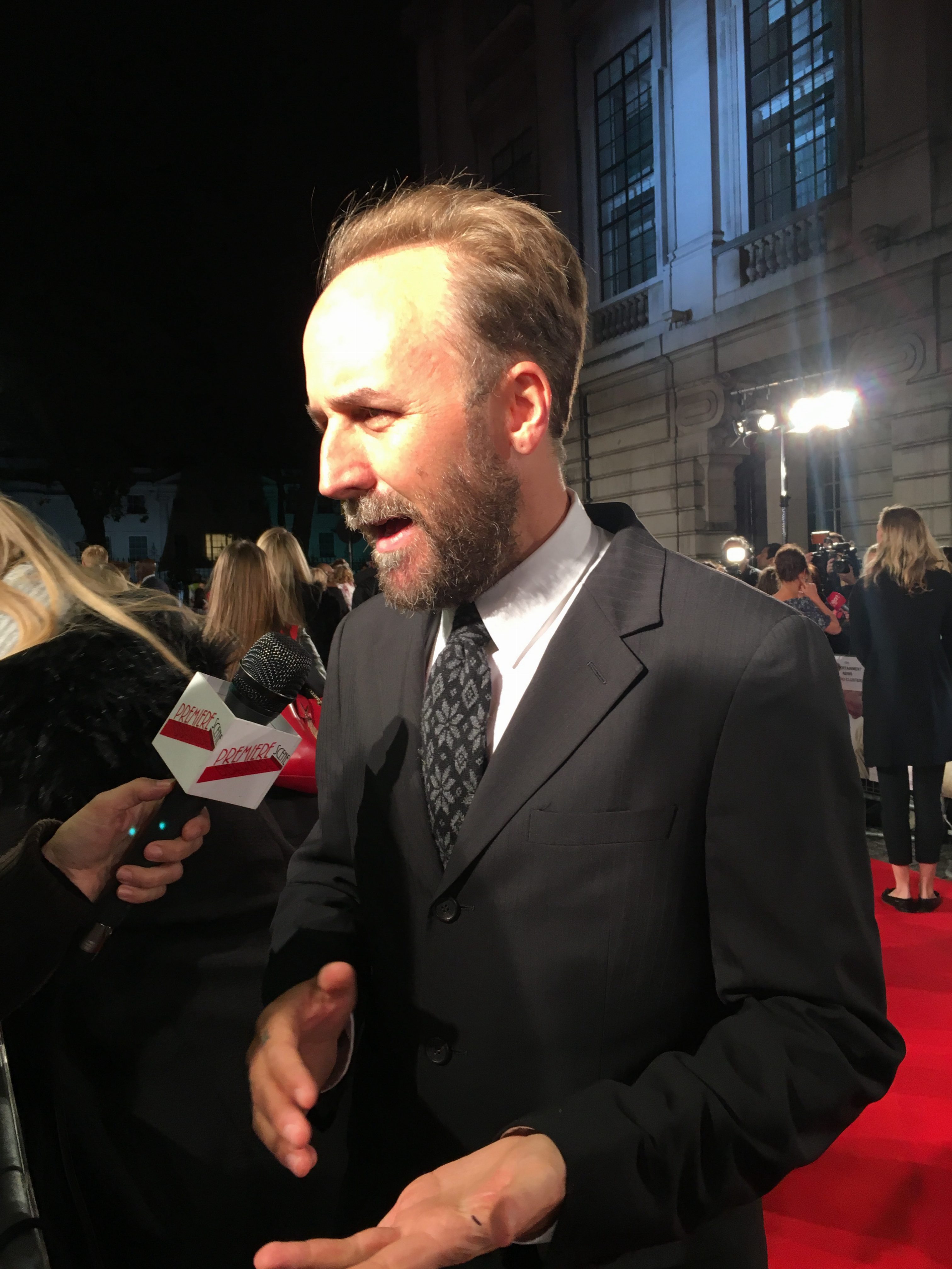 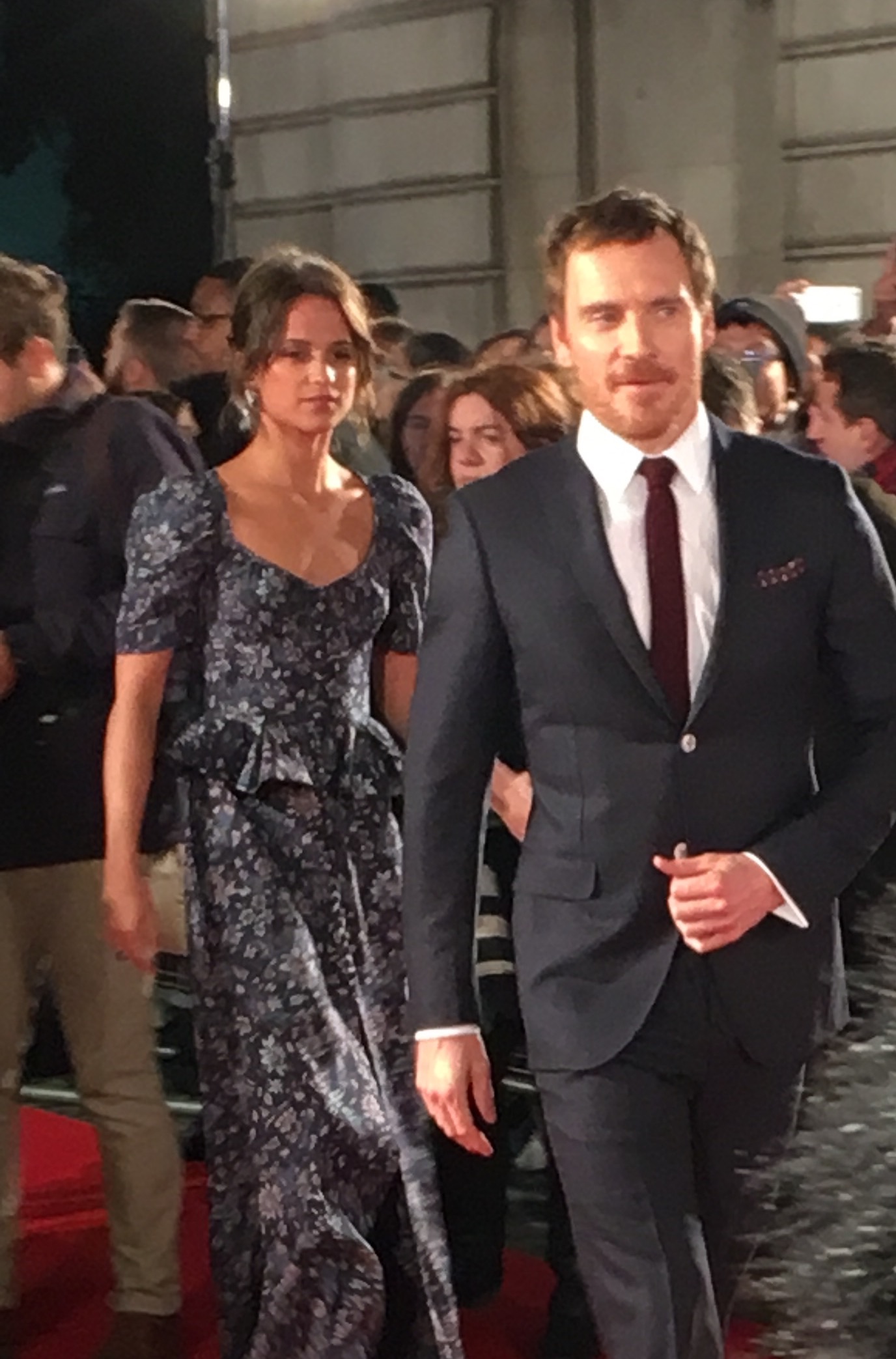 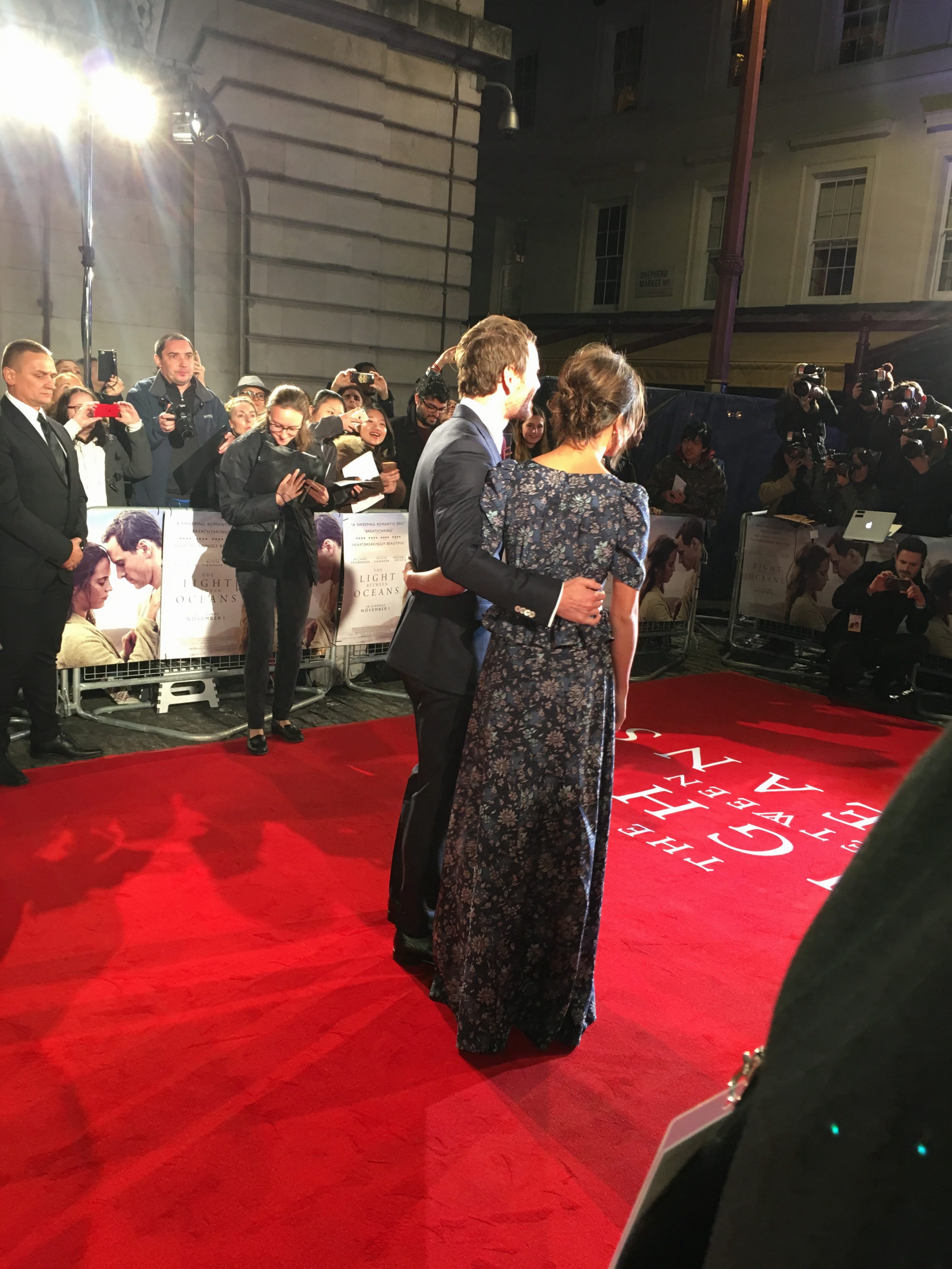 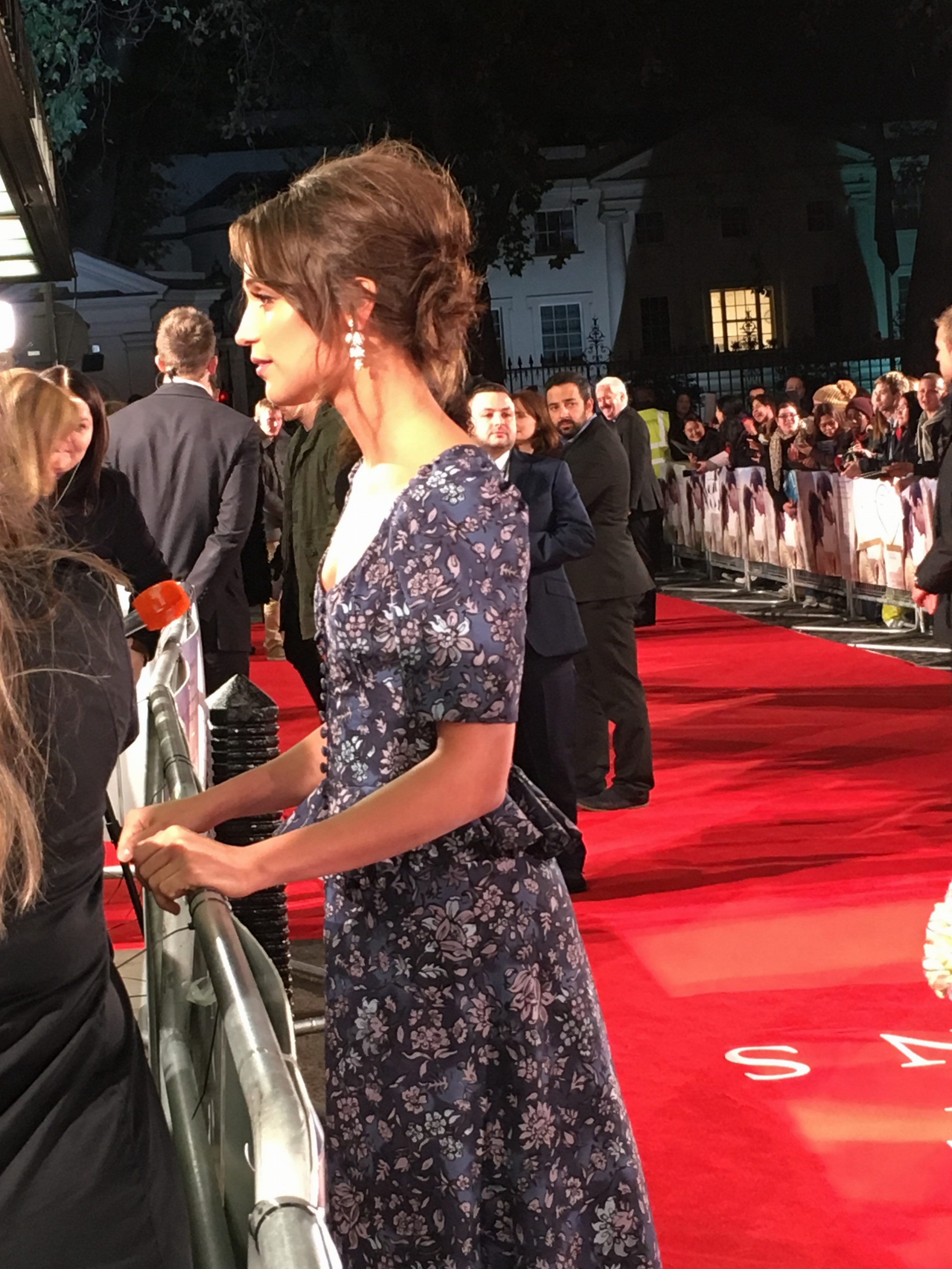 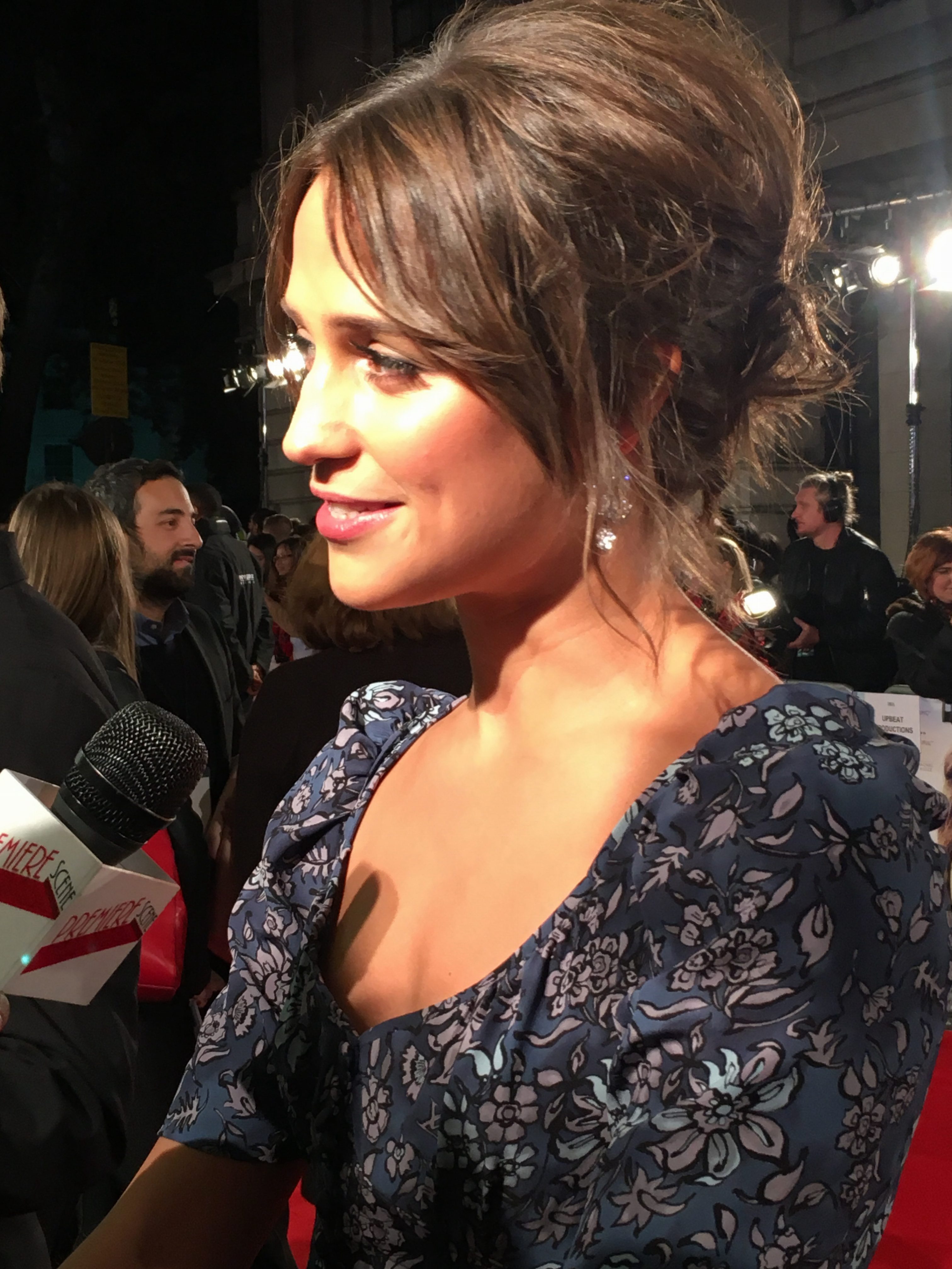 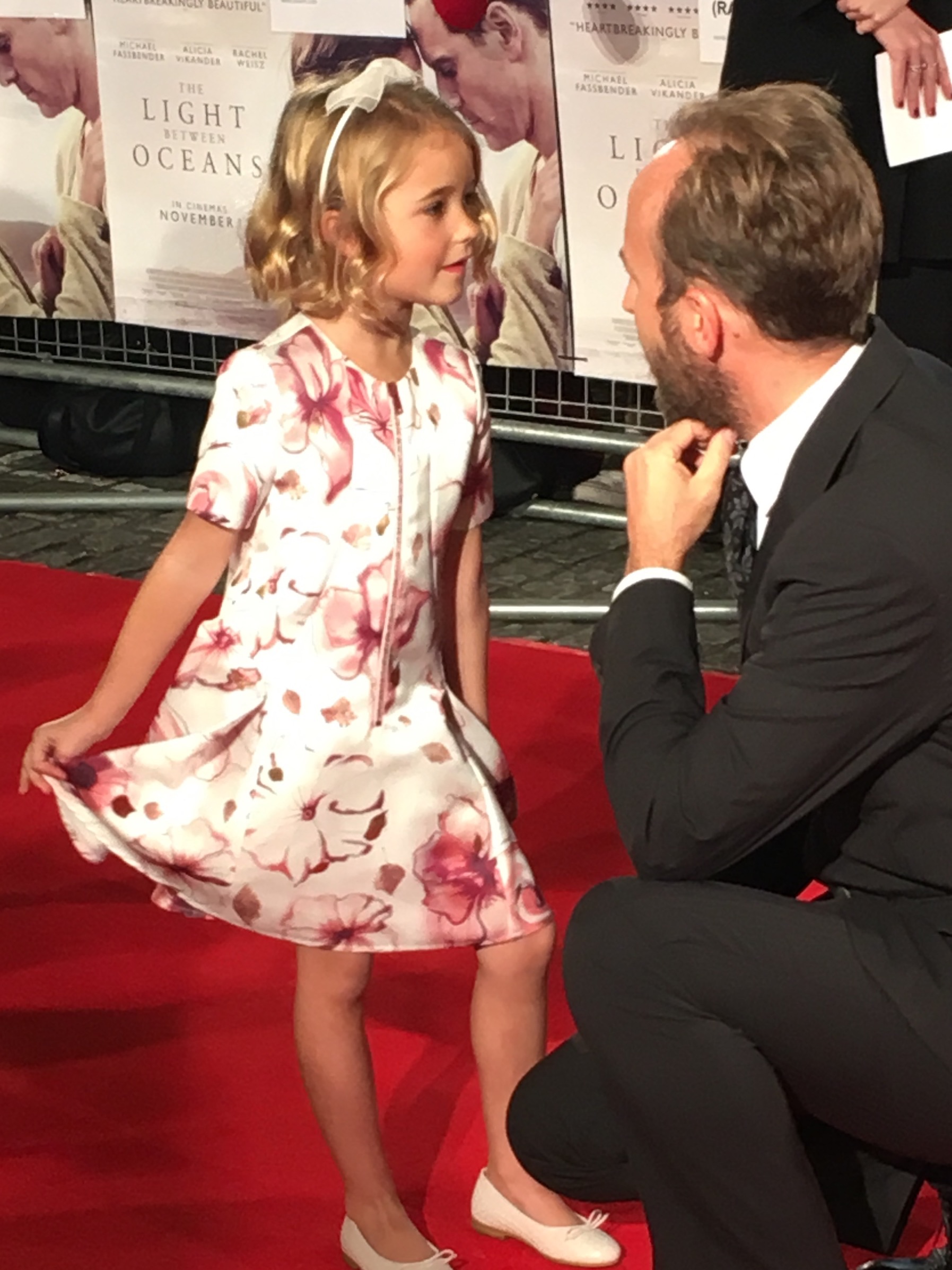 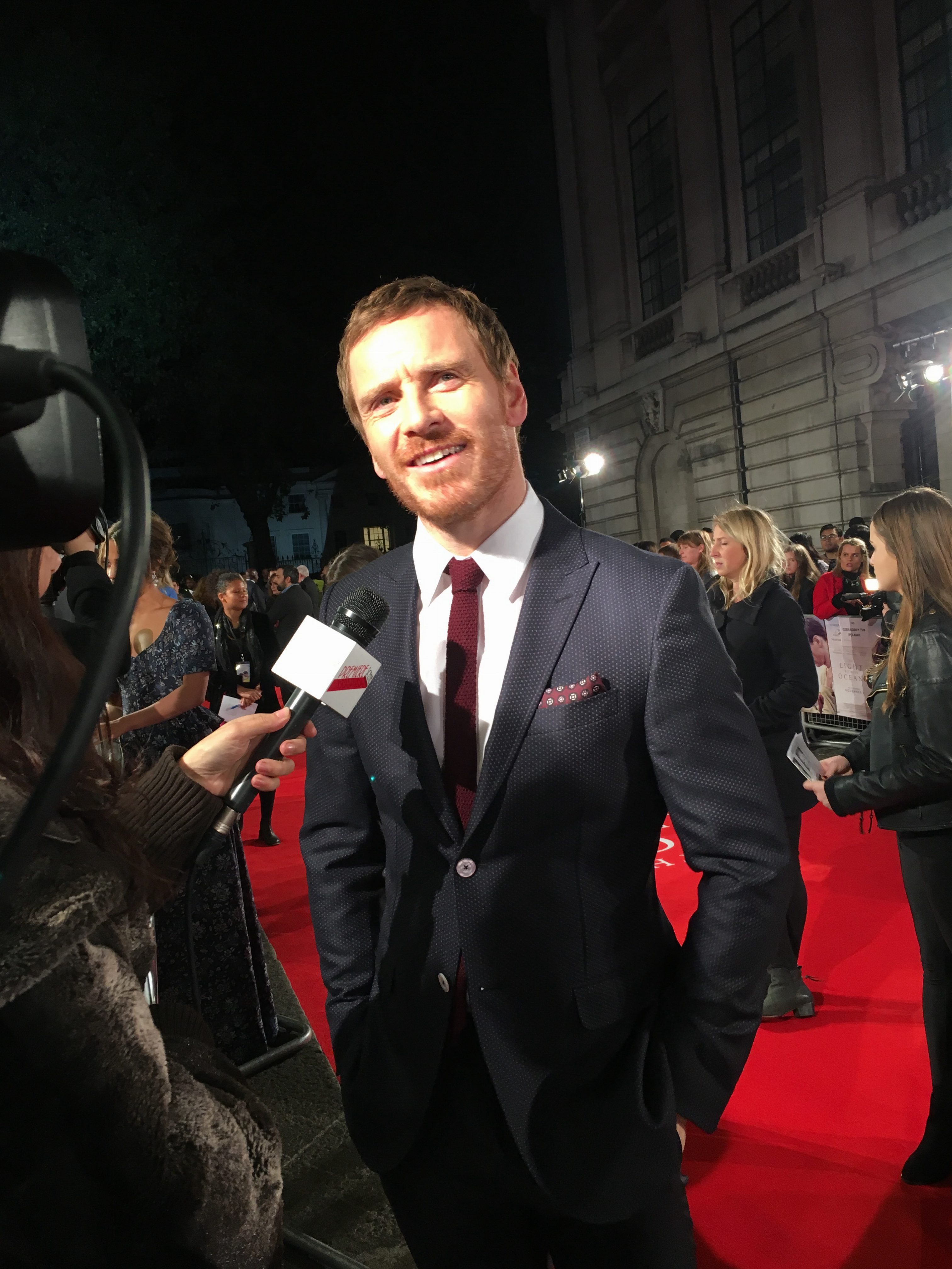