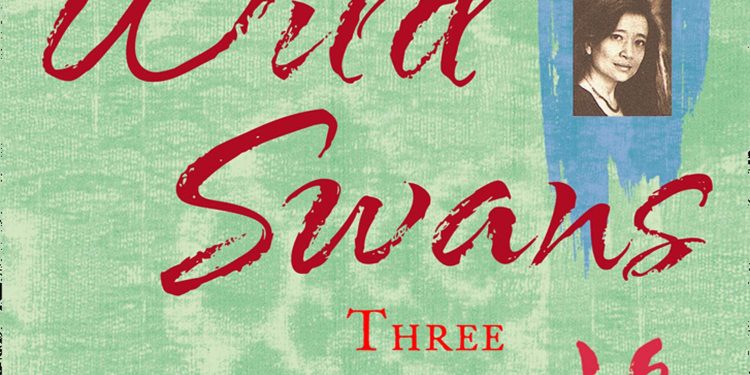 Wild Swans by Jung Chang is as enthralling and emotionally devastating a memoir/biography as you will ever read. It is, in turns, harrowing, heartbreaking, inspiring and humbling in its intimate and detailed depiction of life for 3 generations of women in a Chinese family.

The book is in three parts; the first is a biography of Chang’s grandmother who lived in the age of foot binding and from humble beginnings ‘rose’ to become the concubine of a high-ranking general. This section is a fascinating glimpse into a cruel world of harsh class and sexual division governed by strict expectations of duty and honour which has been romanticised over time by the benefit of distance. Chang’s portrait of her grandmother and the bygone era is vivid, loving and as utterly compelling as any historical novel. 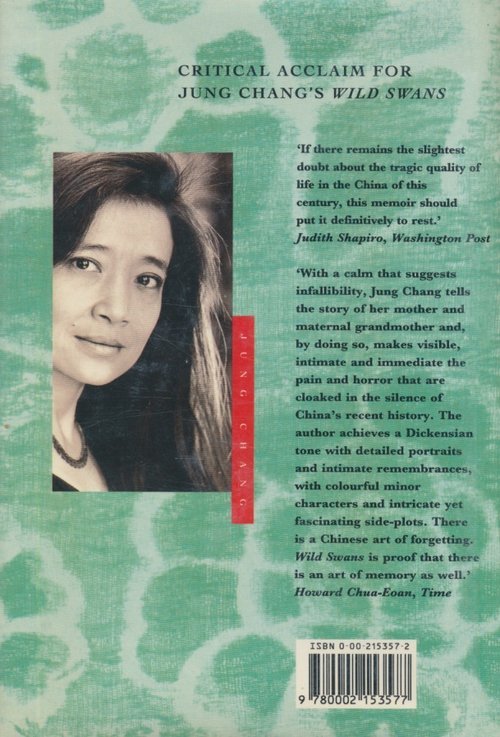 The middle section is even more harrowing as it personalises a brutal period of modern history. We see the, at first, small inhumanities and then the genocidal horrors of the cultural revolution  of the Communist Party of China led by Chairman Mao through the experiences of Chang’s mother who was a member of the Red army but became one of its victims.

The book ends with Chang’s own story and treatment at the hands of the Red Guards, whom she, initially, willingly joined but grew to despise as she saw, first hand, the corrosion of Chinese society their actions wrought. The account of her father’s slow and torturous deterioration and eventual death is particularly gut wrenching.

Chang eventually won a scholarship to England and made a new life for herself.

The book was banned in China but became a bestseller around the world and was wildly critically acclaimed. Over 13 million copies of it have been sold, to date.

Although it makes for grim reading at times, Wild Swans is immensely moving and completely engrossing. It’s a page turner in the manner of the most gripping novel. Knowing it’s the true story of the author and those she loved makes it even more devastatingly poignant.