Oscar and me by Rehna 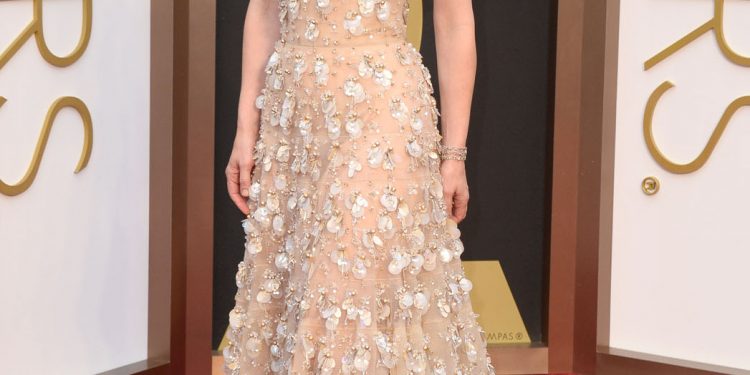 So, one year, I was in a hearing at the High Court until 6pm on a Friday. On a plane by 9am on Saturday. And on the Oscars red carpet by Sunday. Here’s my account: 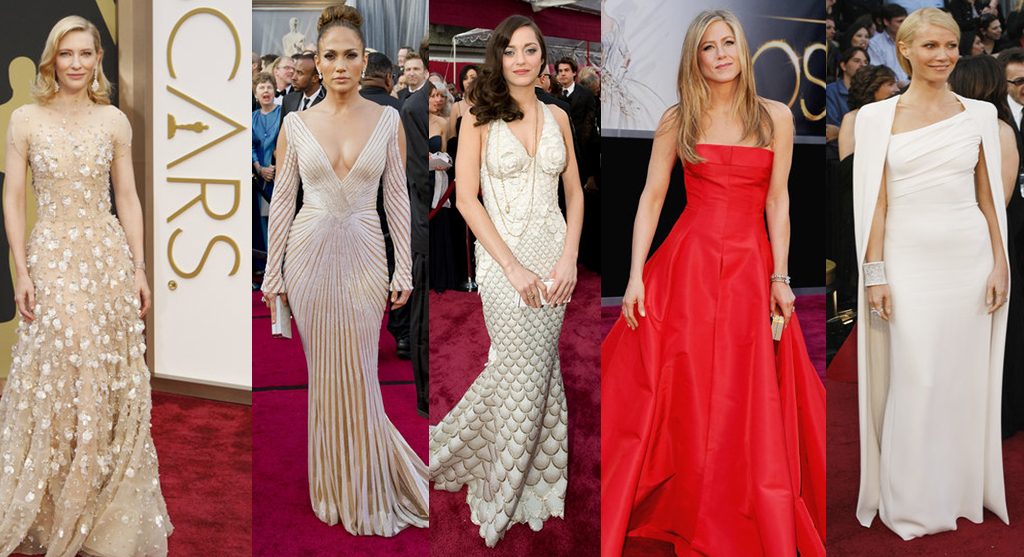 “Mom, I’m on the red carpet at the Oscars!” whispered a man behind me excitedly into his mobile and I knew I wasn’t the only one overwhelmed to be at the most glamorous event in the world.

I boldly pulled out my camera and quickly snapped a shot of the gigantic Oscar beside me. It’s not cool but who cares, no-one can be cool at the starriest party on earth.

I’ve attended a few major movie events now but the Oscars carpet has a magic of its own.

The Baftas may have come a long way in the glamour stakes in recent years.
And Cannes, despite passé sequins and visible bra straps, may have the beaches and sunshine but nothing can top Hollywood’s biggest night of the year.

Yes, we’re talking The Academy Awards. That’s Oscar to you and me. It’s the glitziest party of the year.

But first problem? How do you ever get an invite without a nomination or a blood tie to Mr Spielberg?

It was a question that plagued me often as I sat at home in front of the television each year watching the parade of gorgeous gowns and tear sodden acceptance speeches.

What would it be like, I dreamed, to be in the midst of all that glamour, all that glitz, all that silicone…?

Then lady-luck brought me a friend who had ‘connections.’ A few pleading calls suggesting he sell his first born to get me a pass and hey presto! Quicker than you can say ‘blackmail’ ‘threat’ or ‘I’ve got the photographs’, I had it.

One minute I was in cold, grey London, the next I was strolling up the red carpet alongside the good the great and the beautiful seeing first hand why they call this business ‘show’.

The Oscars is the one night of the year when every actor looks every inch a movie star.

It all starts in the middle of the afternoon but has the feel of a dream throughout. You see more superstars than you can shake a designer clutch bag at.

Heck, you can’t move for tripping over a megastar.

Virtually everyone you’ve ever seen up on the silver screen in your life flashes before your eyes as you make your way up the carpet.

Quite honestly, where is a girl to look?
If you turn to the left and see Julia, you’ll miss Mr Hanks who is passing on your right and you almost certainly won’t be able to swear that it was indeed George who brushed past you and not just one of his minders. There’s Reese over there, Harrison over here, Di Caprio’s head just visible beyond the cameras and oh my God, Clint Eastwood coming right at you!

The first bit of unreality hits even before you enter the carpet area. The row of impossibly long limousines starts somewhere near the border with Mexico. Then you get into a queue of your own for the security checks and who knows who might be having their bag prodded right next to you.

I felt someone stepping on the hem of my dress. I turned round and there was Catherine Zeta Jones, looking very elegant, very Ava Gardener and unfortunately very overdone.

Sorry Cathy but you really don’t need all that stage slap, you’re beautiful enough without it. I was tempted to remind the poor girl of the first rule of makeup – blend, blend and BLEND! But I settled for a timid “excuse me, you’re standing on my dress.”

Catherine, is healthy looking but most of the actresses, though much prettier in the flesh than on screen, are frighteningly skinny and surprisingly tiny. Although practically obese as a British size 8, being petite is probably another reason why security didnt escort me off as an imposter. They probably just assumed I was the wife/ girlfriend of a powerful movie executive – who (gasp) still eats.

The women are all beautiful but there is a real dearth of good-looking men. Ben Affleck is handsome but he has zero charisma and so his fine chiselled looks quickly become bland.

Any men out there who are halfway decent looking and heterosexual, should, I suggest, make a beeline for Hollywood on a night like this. I guarantee you’d be mobbed!

There’s no doubt there is a way of working the red carpet and you either have it or you don’t.

As I watched the stars doing the rounds of interviews with the scores of journalists from around the world I began to understand why some make it big and others don’t despite greater talent or better looks. The superstars have an almost visible aura around them that cannot be diminished by a bad outfit or a flop film.

After the red carpet, the awards are something of a chore, unless you win one. The show goes on for longer than Lord of the Rings, parts 1,2 and 3 with maybe two instalments of the The Hobbit thrown in for good measure. 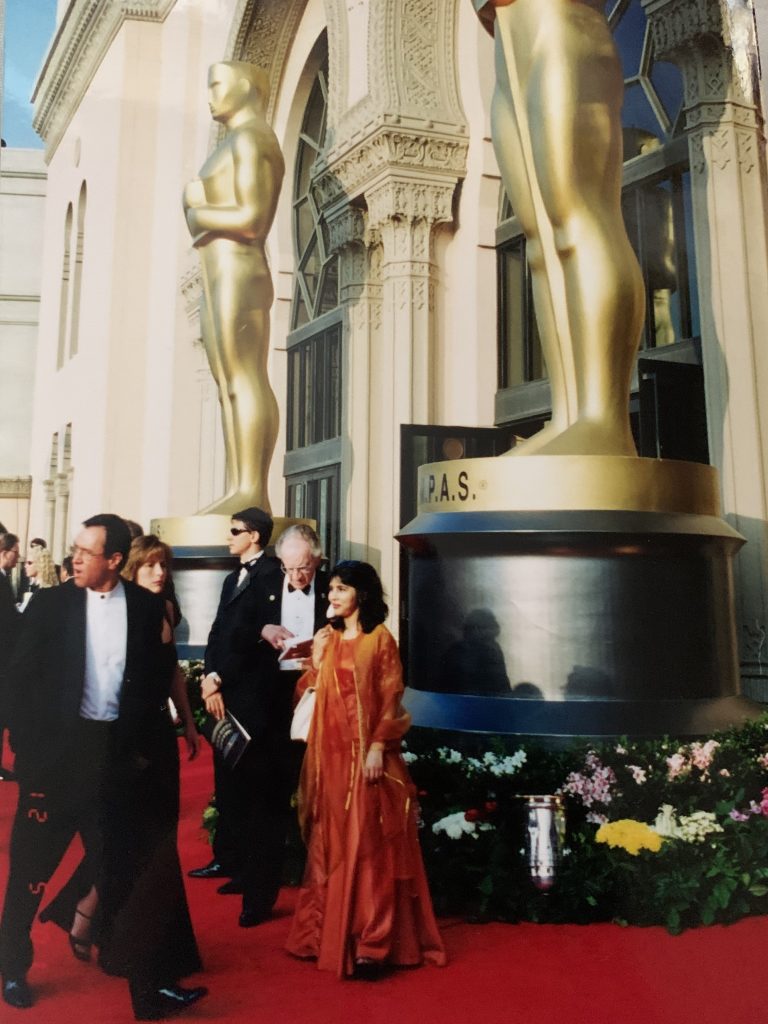 After the awards come the parties. Dozens are held across the city. Everyone in Hollywood is either ‘in the business,’ or desperately trying to get into it. So, even a get together of some friends with a few packets of potato chips turns into ‘an Oscar party.’

The big ones of course are the ones the biggest stars attend. Unless you’re carrying an Oscar or on the arm of someone who is, it’s pretty impossible to get into one of these. Security is tighter than a gnat’s you what. Rottweilers masquerading as PR girls are on the desks where you have to ‘register’ and provide practically your entire life history in order to get in for a quick canapé and a gawp at Penelope Cruz.

My friend and I managed to get into a few,  including Elton John’s bash (dull guests and sticky beer all over the floor – we left after 10 minutes).

It was more entertaining to go outside and watch some very big celebrities being refused entry to the Vanity Fair party because they could not convince the PR dragons at the door that they really were who they claimed to be!

By this stage the night gets even more star studded, so much so that you find yourself getting blasé. Television stars, supermodels?  Pah! Who cares. Where are the bona fide movie stars?
And boy do they come at you from all angles as they skip from the Governor’s ball to the Vanity Fair bash to the triumphant studio celebrations.

This is the best part of the night. You can either strike it lucky and meet a chatty A lister or end up with the desperate, stick thin, cookie cutter blonde ‘actress’ who tells you with a huge smile that people can’t believe she’s done so much and is still only 26. I mostly couldn’t believe it either. I would have bet my life savings that said 26 year old was at least 47.
Largely though, I struck lucky. I ended up sharing travel tips with Annette Bening and Warren Beatty and chatting about foot and mouth disease with Dustin Hoffman ( it’s a long story)!

By 5am though it’s best to call it a day and head home as it becomes clear that many of your new best friends have been indulging in illegal substances. The conversations get more and more bizarre and some people have difficulty standing up straight and focusing.

And, well, it’s best to leave before you start  naming names!
All in all the Oscars live is the most surreal experience, I’ve had. Ironically it seems much more real on television!