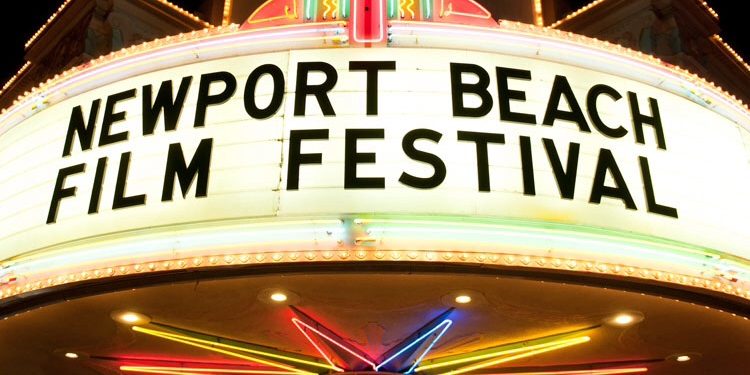 When I was first asked to cover the Newport Beach Film Festival Awards, I had visions of traipsing across in a pair of uggs to some freezing town hall in Wales to watch prizes being given to makers of shorts about local male voice choirs and the like. Then, when I discovered it was Newport Beach, California, I began to sort out summer dresses to be seen on yachts in.
In fact I ended up neither in Wales or on a yacht but in the elegant Bulgari hotel in Knightsbridge for a lively ceremony billed as a curtain raiser for the Baftas on Sunday.
The Newport Beach film festival is held each spring in California and as part of its ‘outreach’ work, the organisers travel to the UK to honour individuals and organizations who, through their contributions have transformed photography, theater, literature, television, and film. This third annual pre-BAFTA event chose three stalwarts of British talent to honour with their icon awards: actress Miranda Richardson, photographer David Bailey and actor Charles Dance.
The award for British film which has contributed to global cinema went to I Daniel Blake whose star Dave Johns was on hand to collect the gong. And Variety named its 10 to watch from a range of disciplines. Most of these honourees were present to accept their award although Harry Styles, yeah, that Harry Styles, was not. Why is the One Direction star still ‘one to watch’. Apparently because despite his pop stardom he will be making his film debut in Christopher Nolan’s Dunkirk and therefore counts as a newbie in the acting arena.
Sadly Harry wasn’t at the event so I had to withhold the demented screaming and that is mandatory upon seeing him but I did enjoy the lively and informal tone of these awards.

The recipients all knew beforehand they were winners, so there was no smiling through gritted teeth watching a rival take your award and everyone seemed reasonably relaxed. A free bar will do that to you.
I got to chat to quite a few honourees.
Both Charles Dance and Miranda Richardson played down their enormous talent by attributing their longevity in the profession respectively to ‘luck’ and an ability to ‘just keep trucking’.
Dance also joked that an icon, for him, was a religious thing you find in churches and not something he, a working actor, considered himself. Nevertheless, he said he was flattered, honoured an d just a little confused by the accolade. He also voiced what all of us were thinking, ‘why didn’t the organisers invite us to Newport Beach for this ceremony, we’re freezing our arses off here!’
Miranda Richardson too was dreaming of warmer shores. She said she’d recently loved Moana but wasn’t sure what live action Disney character she might want to play herself. ‘Moana seems unlikely,’ she quipped. Asked about roles for women, she said there were good ones for the very young and much older ladies but the inbetweens were less well served. However, she heaped praise on Isabelle Huppert who, she said, was still playing strong, complicated characters. (The amount of awe Huppert inspires among fellow actors makes me think she will take the best actress Oscar later this month).
Dave Johns was on fine form all evening, clearly grateful for all the accolades being heaped on his film I, Daniel Blake. He told me that the film resonates with people not just in the UK but across Europe. He gets stopped in the street and thanked for he,ping highlight the social and emotional pressures of austerity measures. He said awards were the furthest thing from his mind when he was making the film in Newcastle in the very streets he had grown up in but he was extremely pleased at the attention the film was getting because it helped bring awareness to the subject matter that affects so many who also have a ‘Daniel Blake moment’. In fact he’s been to so many ceremonies his wife has promised him a piece of red carpet at home after awards season is over!
Legendary photographer David Bailey was described on stage as one of the founding fathers of contemporary photography and the man who captured the cool of the 60’s shooting everyone from models of the era to the Kray twins.
He was billed on the programme as Sir David Bailey and just corrected that for the American hosts. ‘Just to clear something up, I’m not a fuckin’ Sir’!!
‘You should be’ someone shouted out.
‘Maybe,’ he replied modestly.
At the other end of the career spectrum, young actors like Max Irons and Alfie Allen are in the early stages of developing their resume but are already billed as ones to watch. As is actress Kate Maberley. I asked her whose career she might want to emulate. She said she hugely admired Jodie Foster, who had progressed so well from being a special and brilliant child star to accomplished adult actress and now a woman director. ‘She’s a great inspiration to follow.’
On an altogether shallow note, I couldn’t help but be inspired by the promotion film that played throughout the evening of Newport Beach itself. It looks idyllic. Here’s to an invite to this year’s festival! 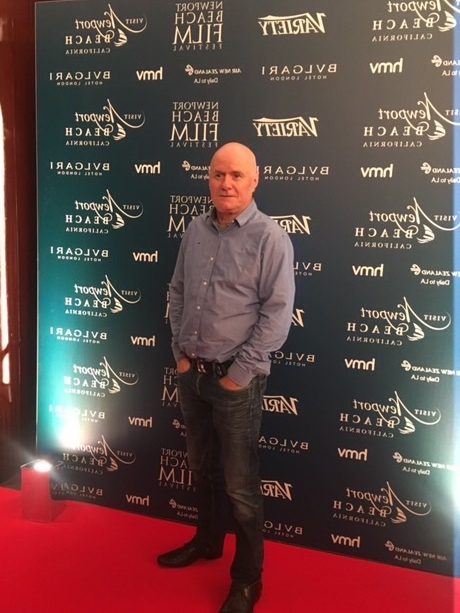 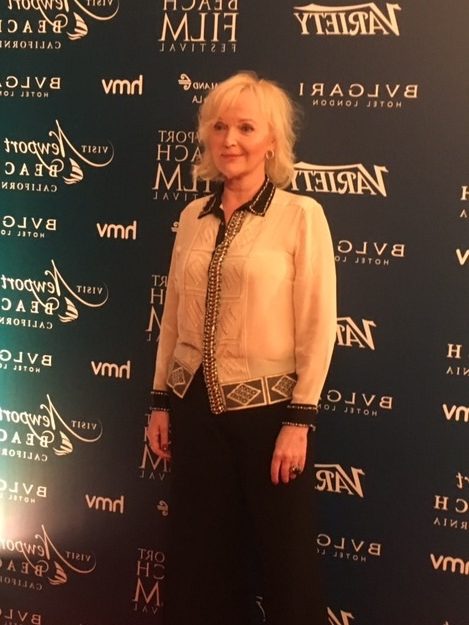 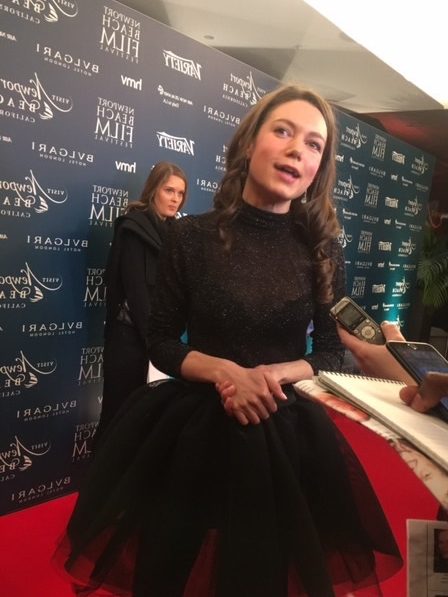 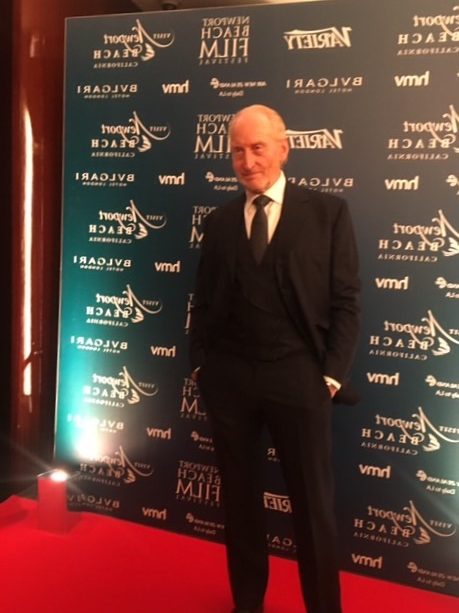 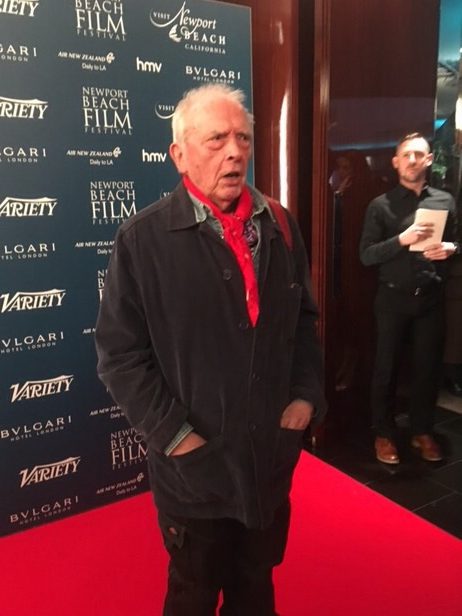 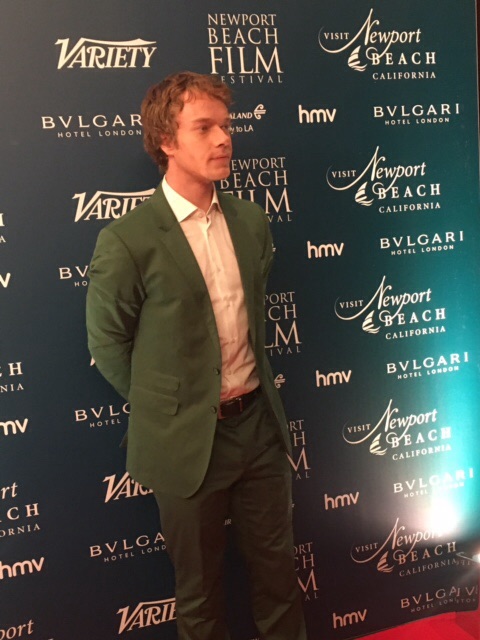