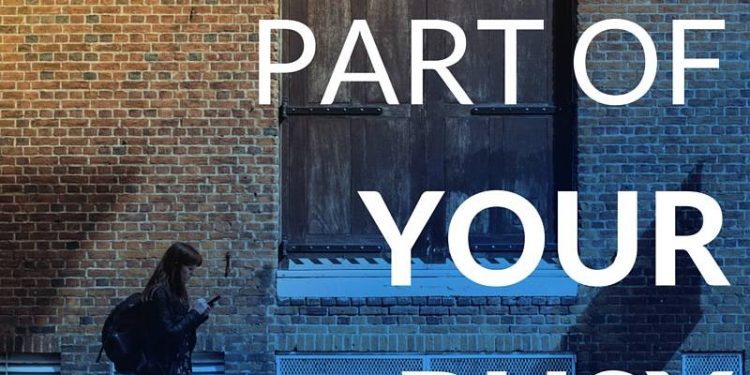 On election night I was relieved to be at home. Even by my hectic work and social life standards the past couple of months had been extra manic. The lead up to Christmas is the Family Court’s chance to act as the fourth emergency service. Trials and directions hearings that can’t find a 30 minute slot throughout the year get crammed into the first three weeks of December, usually in the furthest reaches of the country. I’d also organised a Lawyers Life ‘Law in Style’ event and a wedding in November. Both pleasurable events, of course but demanding nonetheless and they’d left me tired. Now, by mid December, my movie journalism also meant awards season screenings as well as the usual  end of year parties. Again, all enjoyable activities, of course, but requiring more time and energy.
So it was something of a ‘treat’on the 12th to be at home prepping a case for the next morning. Much as I wanted to, I even decided not to stay up for the election results past the exit poll. Most of all I needed sleep. 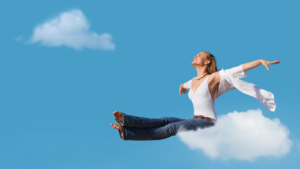 So, I went to bed around 11 pm as a tired but otherwise healthy woman. By 3 am I was practically levitating off the bed like the demented girl from The Exorcist. Spasm after spasm of excruciating pain racked my back as my body arched and rose in agony. I had never experienced anything as painful in my life. It was like I was possessed, I had no control over my body. Pain ripped through it without mercy. For the next few hours I could not even turn over to my side without experiencing stabbing hurt. So, I lay rigid and uncomfortable on my back, afraid of the slightest movement.

Around 5 am I began to mentally plan how I might get to court. Perhaps I could  lie in the back of a taxi? Maybe if I avoided stairs and only used stations that had lifts I could manage a train journey? My pain addled brain could not compute that I was unable to even get out of bed and therefore the chances of me getting to court were slim to nil and slim had left town.

It didn’t occur to me not to go to court. Barristers don’t pull sickies. If we’re booked for a case, we get to court, come snowstorm or hurricane. Remember those times when you set off at 4am, waded through 6 inches of snow, skidded your car on ice that could’ve killed you, stepped in a puddle a foot deep and still got to court in a city 100 miles away by 9 am only to find that your client who lived up the road from the court hadn’t turned up because he ‘couldn’t get out of the house due to the weather’?

Of course I never made it to court on this occasion. I couldn’t even walk down the stairs. I couldn’t walk, period, for several hours. My wonderful clerks and Instructing solicitors sorted out the hearing. A doctor gave me three lots of medication that knocked me out for much of the day but thankfully stopped the spasms and the worst of the pain. There were uncertain medical mutterings of possible muscle inflammation. And then the doctor looked at me and said ‘and just take it easy for awhile.’
We exchanged a wan smile. We both knew that was unlikely to happen.

However, being laid up in bed allows you time to think.

Flashback a few years. In the middle of a 15 day hearing in the High Court, I developed a headache that just would not go. Since I don’t usually suffer from headaches I panicked about all the doom laden things it might be. The doctor prescribed painkillers but I don’t like to take tablets. A colleague suggested I see a Chinese herbal doctor.
‘There’s nothing wrong with your head’, she said dismissively. ‘It’s your liver.’

‘But liver problems are for alcoholics,’I said indignantly ‘and I’m teetotal.’

The liver is where we store our emotions,the Chinese doctor told me. Your Chi (Lifeforce), should flow from the top of your head to the tips of your toes. ‘Yours is stuck in your liver and it’s manifesting as headaches.’
She then explained that the appalling accounts of child abuse I deal with daily in my work, don’t just drift away when I walk out of court. ‘It has to go somewhere’, she said ‘and show up somehow.’ 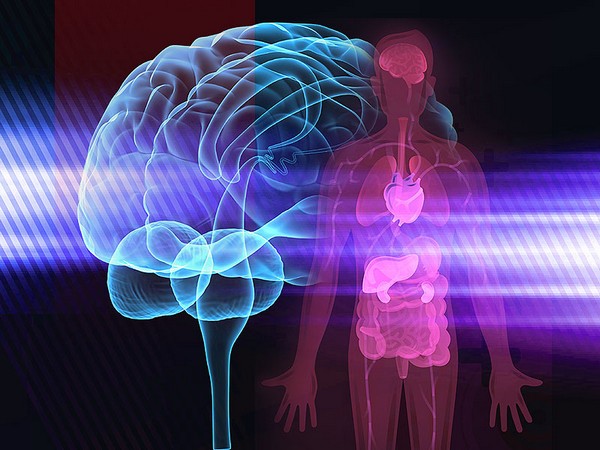 Whether she was right or not, the connection between mind and body fascinated me. I explored it further and studied various therapies, enough to gain practitioner qualifications. I use them to help family and friends and, more recently, colleagues going through a difficult time. I use them on myself as well and find them enormously beneficial. However, during busy periods self-care is often the first thing that flies out the window.

Now, laid up in bed, I realised it wasn’t just the physical busyness. There had been significant changes in my life in recent months that I thought had taken in my stride because there wasn’t time to really reflect on them. I had also lost three friends in quick succession. All unexpected deaths, one particularly tragic. I had added the condolence calls and visits to my ‘to-do’ list. But whenever the reality of each loss hit me, as a physical pain in the heart, I had put the thought aside, as something to think about later.

Later.
When I had more time.
Yes, John Lennon, life really is what happens to you while you’re busy making other plans.

Well I had more time now. My body had given it to me. At a very inconvenient time. I had a ‘to-do’ list that was longer than Santa’s list of chimneys to visit. And I couldn’t do any of it. Talk about having the last laugh.

But even these were the obvious things. There was more to it. There’s a beautiful song by Kate Bush, called Moments of pleasure in which she has the lines:
Just being alive
It can really hurt

We had just been through the most toxic election campaign of my lifetime. Political polarisation as I had never seen before. The constant hysteria of social media. The opinions masquerading as news in the out of touch mainstream media. The steady destruction of reasoned debate and willingness to accept that there might be a different opinion to yours that is just as valid even if you don’t like it.

It all takes its toll. What you read, see,hear, affects your mood and if what you regularly see, hear and read is negative, it colours your day without you even realising.

In short, the modern world and a busy life = Constant stimulation. Constant demands on your time, attention and emotional energy.

What to do? I don’t have all the answers but here are some of my tips:

1. When something happens to you that affects your mood and emotions, deal with it as soon as you can. Don’t push put it aside to deal with later because later will never come. Part of being an adult is that there is always something else to do. Dealing with it might be as simple as taking half an hour by yourself to just stop and think. It might be having a good cry. It can be talking to someone about it. It can be writing in a journal about your feelings. Meditation. Going for a walk in nature and allowing your thoughts to run freely in your head. It can be strenuous exercise or listening to your favourite music. Or even just yelling at the top of your voice in the privacy of your car. Most of all, it’s about not being afraid to acknowledge that something has affected you, upset you, even traumatised you. It’s about not being afraid of your own emotions.

2. if you’ve lost someone, grieve for them. Whether it’s through death or some other reason, acknowledge the loss, grieve it for as long and as many times as you need to. I recently helped a colleague deal with a miscarriage. As she wept she kept saying, my grief seems so disproportionate to the loss. Of course it wasn’t but it’s that whole ‘pull your socks up and get on with it’ mentality that so many of us have, to our own detriment. 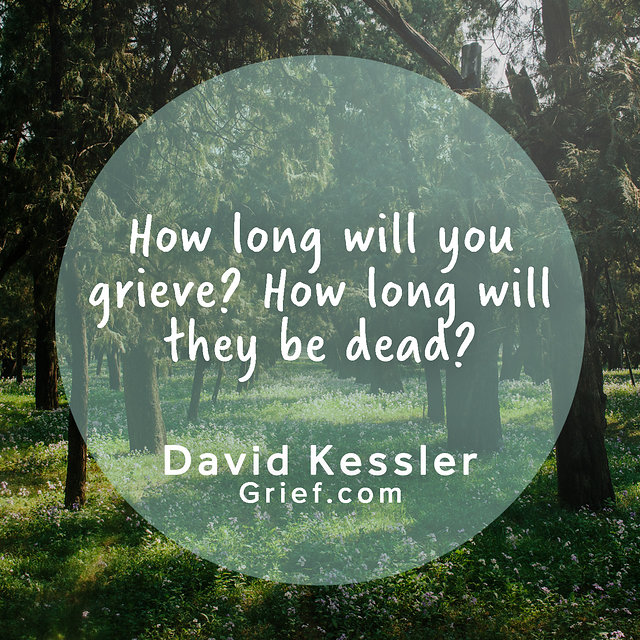 3. If your body sends you a message listen to it. That little pang of pain, that twinge, that sense of not quite feeling right; they’re all telling you that something is not right. If we fail to listen to the small messages, then the body finally sends you a big one that you can’t ignore. And yes, you end up levitating in pain on election night!

4. Recognise that our mind and body is connected. Each feeds off the other. Be aware that if your mind is not in the right place, it will show up somewhere in your body as a way to make you finally take notice.

5. If you can afford them, have regular professional massages. (Look out for a whole article about massage, later,). Years ago, when I asked a friend why she wasted so much money on pampering herself with massages, she told me she didn’t see it as pampering. It was an investment for her future when she was older and her body was less lucky. I now see what she meant. Massage is not pampering. It’s a way to deal with stiffness and muscle problems caused by hours of sitting in court, hunched over computers and driving. It really is an investment in yourself and the only body you’ll ever have.

6. Detox from the world regularly. You don’t constantly have to be ‘on’ about everything that is happening. The political situation in outer Mongolia will carry on whether you know about it or not. The hysteria on social media will still be there when you return after a break because it’s always there, 24/7. Again, I will post a full article about how to use social media and still retain your sanity, later. For now I’ll share the best piece of advice I got from a colleague: ‘ I wouldn’t open my front door to people who rant about things 24/7, so why would I open my mind to them on social media?’
Unfortunately, much as I would love to delete my accounts, I do use social media for Lawyers Life. But increasingly, I’m restricting my use to posting links to articles on the website, responding to direct messages but otherwise avoiding the madness.

7. Find the time to do things that won’t get you CPD points or more cases/money/clients. Do them because you enjoy them. I started the year well by learning the piano and knitting. Both were fantastic ways to unwind and focus on something that wasn’t about expectation. Needless to say, in the busy period both of those activities were the 1st to go.

There is much more to say about the above but that’s it for now. Look out for fuller articles on some of the issues discussed.