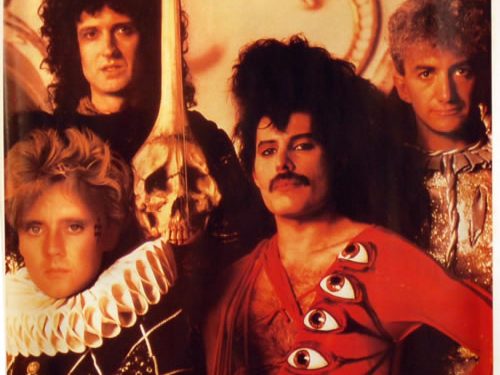 I love the combined sounds of classical music with the universal appeal of pop music. The inclusion of these versatile orchestral sounds transports pop music to the next level, transforming tunes to produce an epic experience.

But first, let us travel back in time to the late 1960s for a moment. The year is 1969 and history was in the making when Deep Purple performed their amazing psychedelic collaboration, ‘Concerto for Group and Orchestra’ with the Royal Philharmonic Orchestra, which was premiered at the Royal Albert Hall.

The piece consists of guitar solos and Woodstock era hair-styles, which conflicts against the orchestral meanderings and the formal attire of the philharmonic orchestra. The performance ends with a fully integrated progressive-rock movement.

Keep an eye on the people in the audience, as well as the conductor!! 😁

This performance would go on to influence many rock bands to pursue similar collaborations including Paul McCartney, Metallica and KISS (who not surprisingly, made the entire orchestra wear face paint), and in the 1990s, the trend continued with heavy metal music concerts mixing the classical sounds of strings.

So, the tunes I’ve chosen for this week …

‘Plug-in Baby’ by Muse, inspired by Bach’s ‘Toccata and Fugue in D Minor. Listen to the nifty guitar riff.

‘It’s A Hard Life’ by Queen. The intro to this song uses the tune from Leoncavallo’s ‘Vesti la Giubba’, an aria from ‘I Pagliacci’.

Radiohead with a mournful number, ‘Exit Music (For A Film)’, from their OK Computer album, which weaves in the melody from Chopin’s Prelude No. 4 in E Minor.

Radiohead live at Glastonbury – Exit Music (For a Film)

Chopin’s Prelude No. 4 in E Minor

Wednesday Wellbeing: Alcohol, sobriety and me by ...