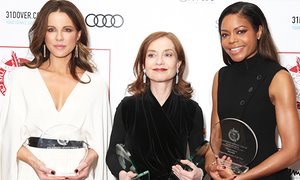 As I’ve said before, it’s  a tough, dirty chore going to glamorous awards events but, hey, someone’s got to do it!

On Sunday evening I attended the London film critics awards, possibly my favourite event of the season. Less frenetic than the Baftas, the event has mastered the art of being as fun and informal as the Globes but with the credible seriousness of a festival prize giving ceremony.

I’ve attended the event for many years now and have had the most amazing experiences; calming the nerves of a tiny, fragile French actress called Marion Cotillard before the rest of the world woke up to her magnificent performance in LA Vie en Rose, chatting about South Korean films with Martin Scorsese like it was the most natural thing in the world, listening to Helen Mirren telling us about her €49.99 ‘hooker shoes’, Jean Du Jardin being impossibly French and charming……it’s always been a great evening.

This year was just as good. The glamour came courtesy of Kate Beckinsale who hit us with the triple whammy of being beautiful, funny and nice. She won the award for best British actress for her splendid turn as a scheming matchmaking mother in Jane Austen’s Love and Friendship.

Not many women can tell a joke in their acceptance speech about an intimate part of the anatomy as being like a ‘dropped trifle’ and still look classy and ladylike but Kate managed it.

Also class personified was legendary French Actress Isabelle Huppert who was given the Dilys Powell Excellence in film award. She went up to the stage a second time when she won the best actress gong. If she follows the Cotillard route, she’s taking that Oscar right out of Emma Stone and Natalie Portman’s hands on February 26th. 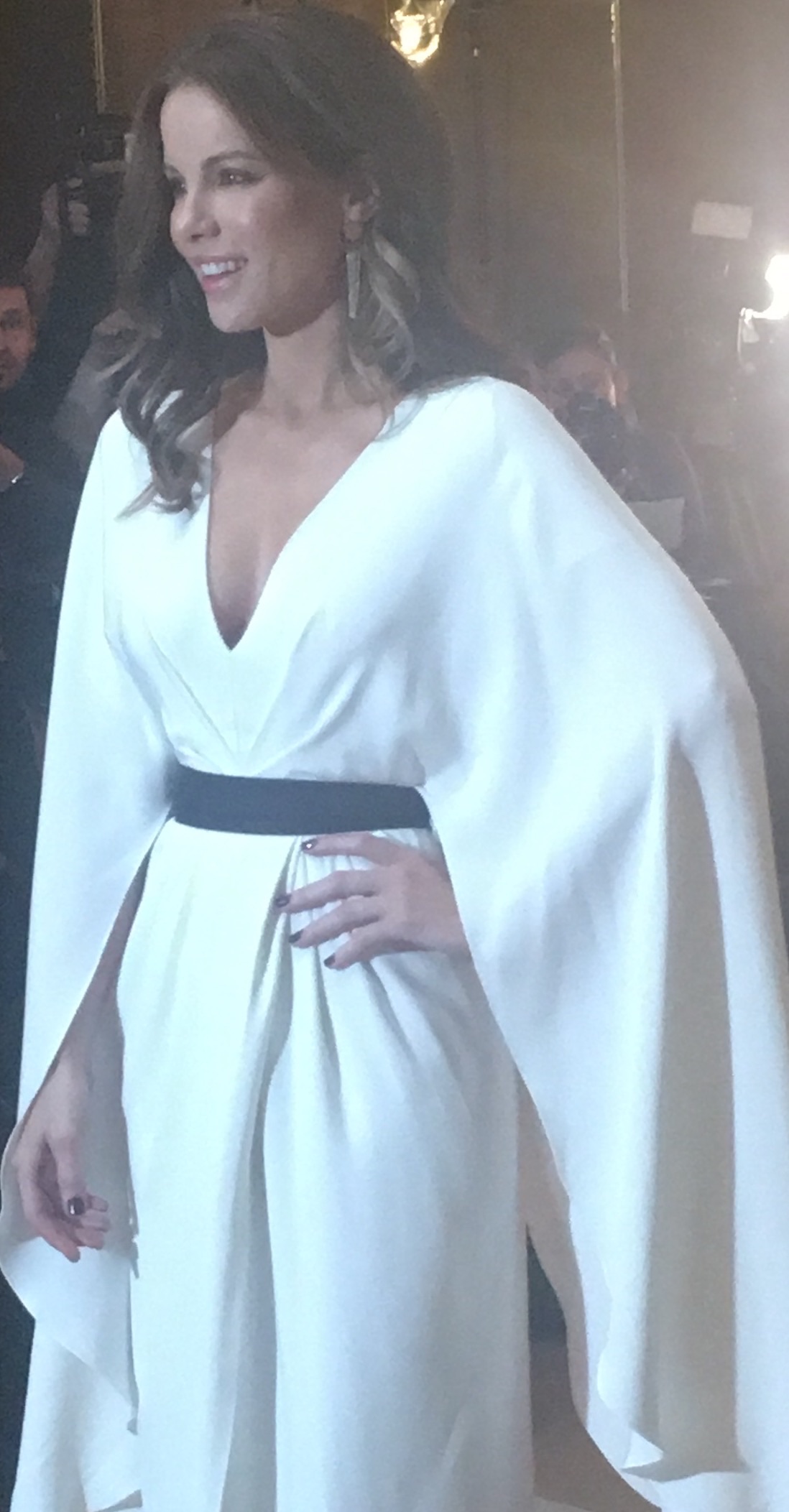 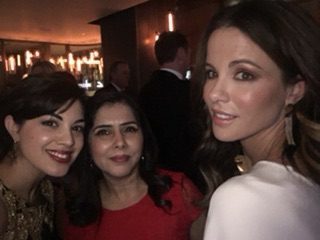 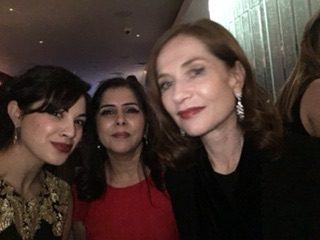 Ken Loach brought the gravitas and social conscience to the evening with his best British film win with I, Daniel Blake but having sat behind him during the ceremony, I can confirm he also knows how to have fun and he so clearly loves film. It was touching to see.

Loach briefly touched on serious politics in his acceptance speech but inevitably it was President Trump who inspired the evening’s best jokes. Welcoming us to the ceremony the hosts, Alice Lowe and Steve Oram looked out at the 150 strong audience and declared it a great turnout -about 1.5 million, easily!

1.5 million x 10 will probably be the number of awards Casey Affleck will pick up en route to the Oscars. His win here for best actor pretty much confirms him as the shoo in for the same award at the Academy awards. His quietly devastating, multi layered performance in Manchester by the Sea is a tour de force. In lesser hands it might have been a whirlwind of histrionics. In his, it is a powerful study of grief, guilt and suppressed rage.

Best British actor went to Andrew Garfield for Hacksaw Ridge. While Silence, his film with Scorsese has died a quiet death at the box office and been shut out at awards nominations, Hacksaw has seen the return of the prodigal son, Mel Gibson to the Hollywood fold and Garfield is reaping the rewards. He described his win, via video link, as a hearty pat on the back and seemed genuinely chuffed to be recognised in this way.

Although Damien Chazelle lost best director to Laszlo Nemes for Son of Saul, his film La La Land won film of the year from a tough category.

In total the ceremony lasted about an hour and was all the better for it.Oscars take note.

After the awards, of course, comes the party and the London critics know how to let their hair down as well as anyone. But, of course, what happens at parties stays in the champagne glass…..

Tuesday lunchtime saw the first live stream of the Oscar nominations to journalists around the world instead of the usual event in Los Angeles for a small group of invitees.

I attended the one in Soho Square. Watching live nominations with a group of opinionated journos and film makers is quite an experience. Oohs, Aaahs and urghs abounded with each category.

No Aaron Taylor Johnson in the best supporting actor group? Disappointed murmurs all round. As one man said to me, he should have made the cut, he was like an ‘audible Tom Hardy in that film’!

There was applause for the inclusion of Toni Erdmann in the best foreign film group. And a big cheer for Viggo Mortenson in the best actor category. He won’t win, probably ever but it’s always good to see Aragorn get recognition.

Amy Adams’ exclusion from the best actress race did not meet with approval and people shared their outrage over the cheese and mayonnaise sandwiches we were served. Not quite Wolfgang Puck at the Governors Ball but it was good enough fare to take the edge off our Amy-less pain. The inclusion of the excellent Hell or High Water I several categories almost made up for Amy’s snub but not entirely.

Otherwise it was all pretty much as expected and we can all start taking bets now on any likely upsets. I’m going with Huppert walking away with best actress because I doubt even Hollywood could live in a world where Natalie Portman has two Oscars and Amy has none.