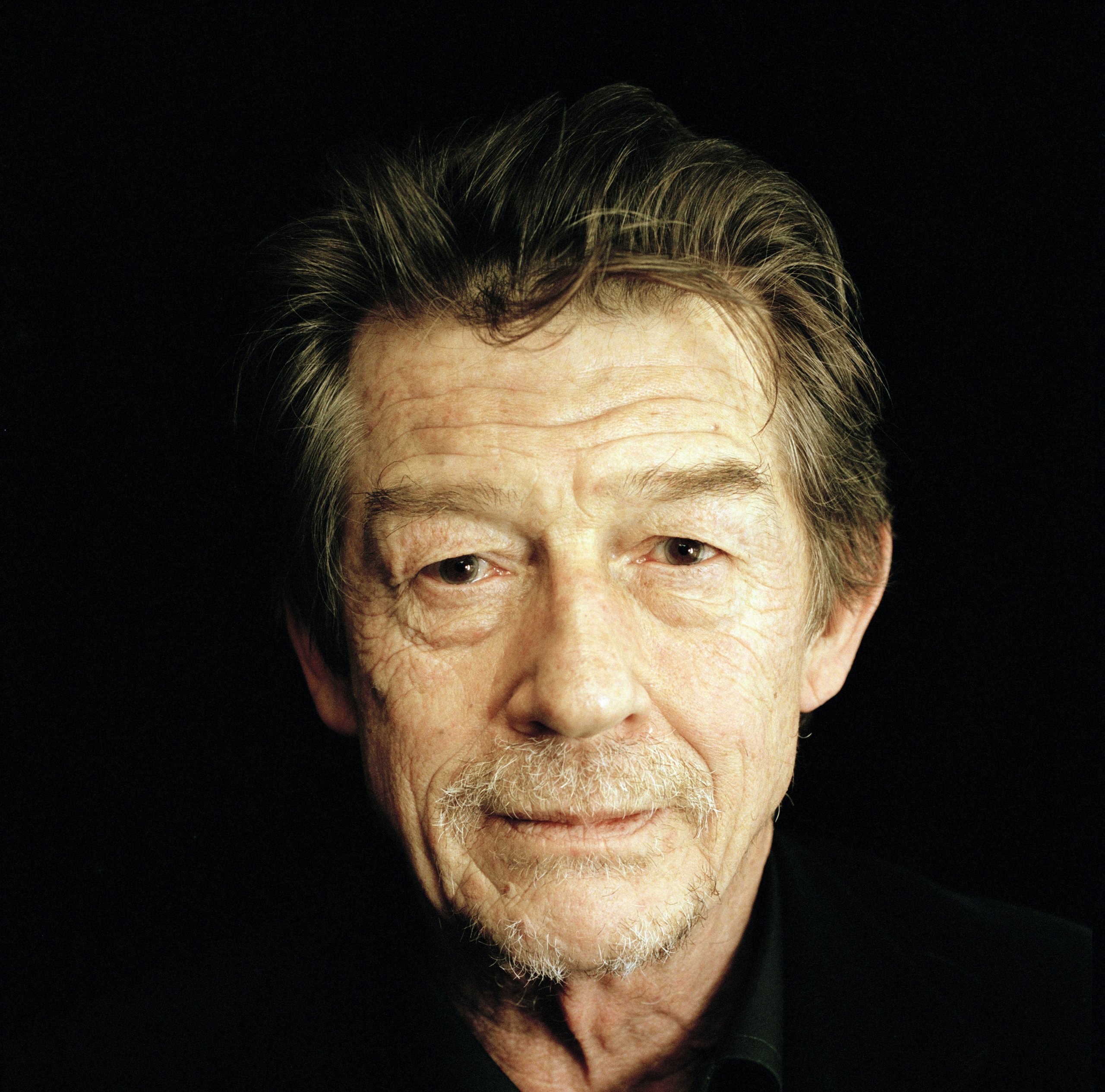 The London Film Critics Circle was hosting its annual awards event the night Philip Seymour Hoffman died. A journalist had seen the news on his phone and whispered it to some of us as we made our way into the ceremony. The chair of the circle then appeared on stage to make the sad announcement before proceedings could begin . Immediately a man in front of me leapt to applaud the late, great actor and lead a standing ovation.
For a split second I didn’t recognise the man. Perhaps he was a crew member who had worked with Hoffman? I knew the ‘stars’ in the room.
And then I realised; that small, wiry frame, that astonishingly craggy face. It was John Hurt.
Magnificent in every role he ever inhabited, big or small, a sure sign of quality even if the films and shows weren’t that great, totally, wholly, utterly reliable to always turn in a fantastic performance, he was perhaps the biggest star in that room. Yet he had walked in without alerting the photographers, without being surrounded by a fawning entourage. He was always like that. I saw him many times at various festivals, awards shows, premieres, just a man slipping by quietly as the fans and media went gaga instead for some new celebrity enjoying their five minutes of fame.
John Hurt? Yeah, he was always around.
Well, he isn’t anymore. The man who died so often and so memorably on screen has really passed away from pancreatic cancer. Few knew he had the brutal disease. As with his acting he didn’t make a show of his illness. He just got on with life, supporting the London Film Festival as recently as October, drawing no attention to himself.

Ever since I can remember I’ve known of John Hurt’s roles. In some ways he was my first understanding of acting. How many of us grew up being terrified of The Elephant Man? And then being relieved on learning that there was an actor under that makeup? And it was John Hurt who looked very normal. How many of us read 1984 at school then watched John Hurt as Winston Smith in the film version starring alongside the legendary Richard Burton? Who doesn’t remember with horror (and hasn’t drunkenly reenacted) the alien popping out of John Hurts torso in Alien? It is surely one of the most memorable scenes in cinematic history.
Scandal, Midnight Express, Harry Potter, The Naked Civil Servant, I Claudius, Caligula, Dr Who, Indiana Jones, Tinker, Tailor, Soldier, Spy, the recent Jackie – I really can’t think of another actor who has so quietly and brilliantly inhabited such an astonishingly diverse range of roles.
Sir John Vincent Hurt, film, television, stage and fans all say thank you.