And he did. Time after time George Michael wrote the right song for the right moment. A note written to his mother as a teenager became the huge floor filler, Wake me up before you go, go.

Careless whisper – guilty feet have got no rhythm, was the anthem of the broken hearted. You have been loved was the nation’s choice of mourning song when Princess Diana died. Faith was the ultimate foot tapper. Freedom became the cry of everyone who escaped anything. And Last Christmas was the ultimate Yuletide singalong.

When a celebrity dies, someone always questions the outpouring of grief. ‘So many have died of hunger or in war today, why aren’t we remembering them,’ they ask sanctimoniously?

Because they are faceless. Because they haven’t touched our lives at key moments of our development. Because their talent hasn’t entered the very fabric of our being.

George Michael grew up two miles from where I did. I celebrated a birthday at his father’s restaurant. My brother once drew his likeness on the wall of our house and it remains there still. A friend knew him and shared sweet stories about a genuinely nice man. I still clearly remember his first appearance with Wham on Top of the Pops. When the new Wembley stadium opened in 2007, George wanted to be the first artist  to play there. He got his wish and I, with other fans, was there to see him as he was then, an established global superstar, a true pop giant, a genuine, once in a generation talent.

George Michael once said: I’ve achieved what every artist wants which is that some of their work will outlive them.

It will. Thank you, George. You leave a fantastic legacy. 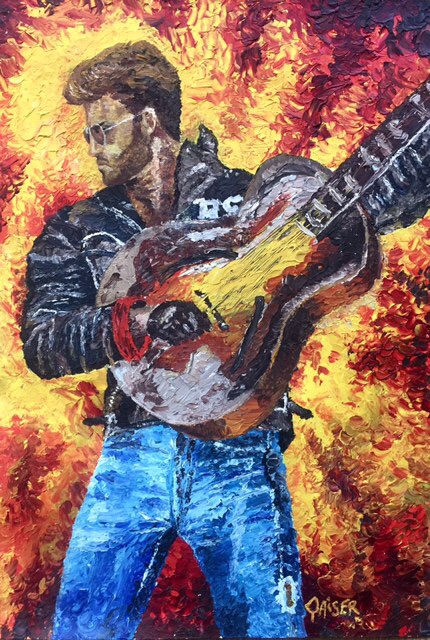