Monday Musing : GAY LAWYERS IN THE IBA by Jeremy Rosenblatt 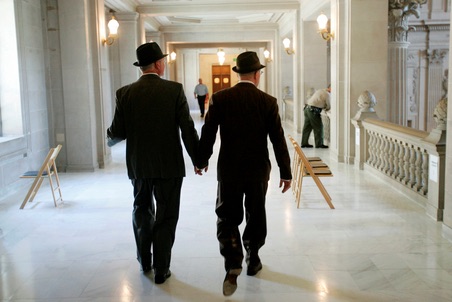 GAY LAWYERS IN THE IBA

It is fifty years since homosexual practice was decriminalised in the United Kingdom and the BBC and media in general are making much of it. It is important for family lawyers in the IBA to also be aware of and celebrate this landmark.
The decriminalisation of homosexual practice did not ensure that men and women could be open about their homosexuality or their practice of it at all, less so gay family lawyers in the UK. It is only some ten years or so since civil partnership came into law in the United Kingdom with marriage following more recently for homosexuals. This change has had a large effect upon gay lawyers being open as Barristers, Solicitors and even as Judges, as far up as in the High Court and The Court of Appeal. Sad for those of the Judiciary who married and/or remain reticent with their homosexuality concealed because they are older and for those who were never made QC-s or Judges because of their homosexuality despite their extreme capability as lawyers. But these positive changes, if at all, are a very recent phenomenon.

IBA family lawyers must consider using this important anniversary in the United Kingdom to press upon their derived countries where homosexual practice is still illegal, to try and effect change. Not only does this affect the individual citizen but also the lawyers participating in their Family Courts and needless to say, the appointment of Judges to the Judiciary in such countries.

There are very few openly gay Judges worldwide and there are very few gay family lawyers in many countries of the IBA. Homosexuality and its practice remain a criminal offence in some IBA countries. Whilst there are cultural norms and apparent practices forbidding homosexuality there is little point in heralding and projecting human rights for the citizens of these countries if the lawyers involved in the legal process are denied human rights too or are concerned not to talk of homosexual issues within human rights for their citizens.

Indeed it is all terribly easy for those gay practising lawyers in the United Kingdom, now established, middle aged and secure but even for them there may have been appalling discrimination in England and Wales at one time by Judges who, frankly, should never have been allowed to become Judges because if they have been prejudiced against gay lawyers how much more prejudiced are they or will they similarly be against their citizens in the decision making process: once prejudiced always prejudiced in all dynamics of life?

However excellent the changes in the United Kingdom they will not reveal a tidal wave of good behaviours yet or at all but they remain significant and as such should be used as an example for family lawyers in IBA countries worldwide where gay family lawyers face prejudice from clients and their Judiciary. IBA Family lawyers must confront such prejudice and must continue or commence due protest, subtle or overt however they feel is appropriate in their respective jurisdictions.