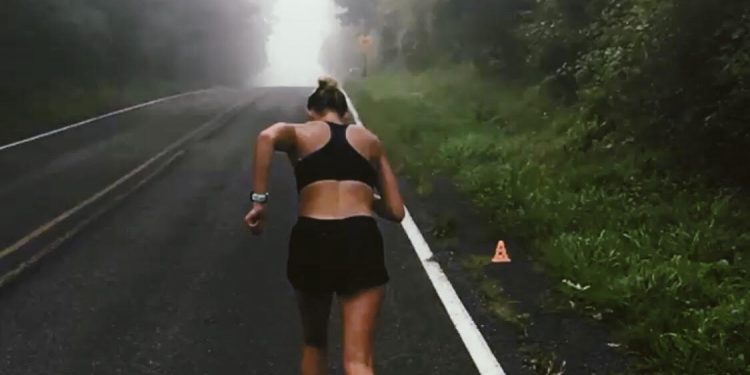 When I was a teenager, I would run around Merthyr Tydfil with my stepfather, Mike. It may not sound all that glamorousbut Merthyr is a beautiful place, trust me. And it’s full of beautiful Welsh people. I always remember how, when I thought the tank was empty and we approached our street on our return leg, Mike would tell me to hold my head high and push on through the pain. Make sure you sprint that very last section. Give it your all. It was tough but I loved it. 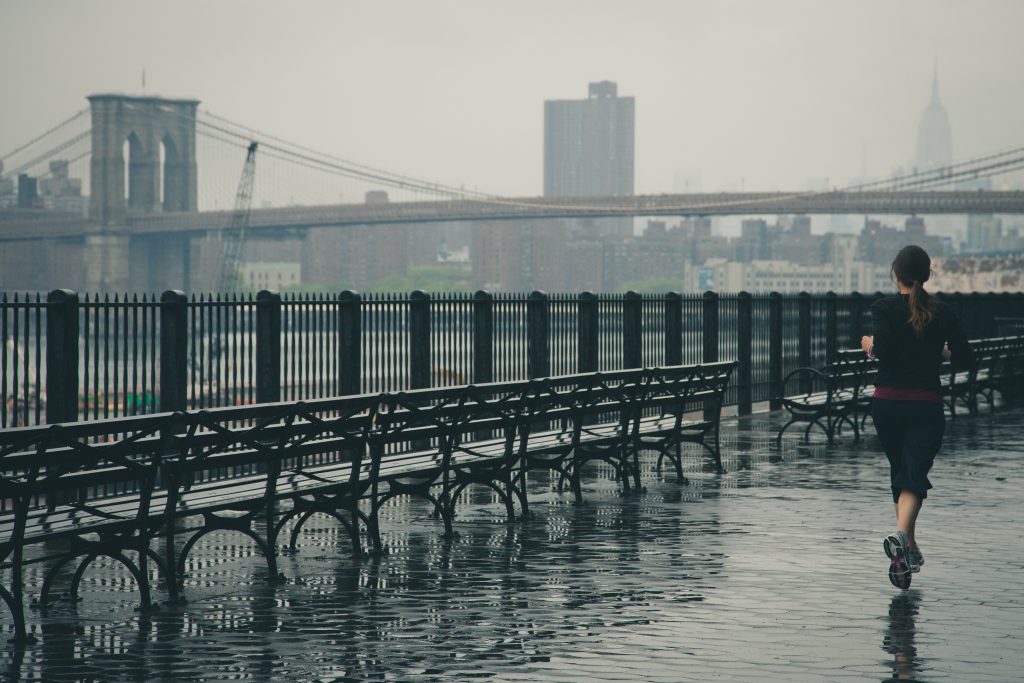 In 1998, during my first year at Exeter University (I was there at the same time as Will Young; just sayin’), there was certainly no money in the pot for gym membership and so me and my buddy Clare would run down and along the canal. We did this a few times a week and although she was much fitter than me, she let me tag along and my health was much better for it.

Fast forward to my pupillage in 2003. I signed up for and got a place in the London Marathon for 2004. Amazeballs. I hit training with great gusto and got up to about 15 miles before my right knee gave in. It had been a troublesome darn knee for years, but I overdid it on one particular run, and I failed to make it to the start line of the Marathon. It also completely wiped out that year’s hockey season for me. It was grim.

In April 2019, I found my fitness mojo once again. It had been hiding away for a good few years, to be fair, but thanks to the wonderful team at the Sweat Society in Surbiton (www.sweatsociety.co.uk) I rekindled my positive relationship with exercise. 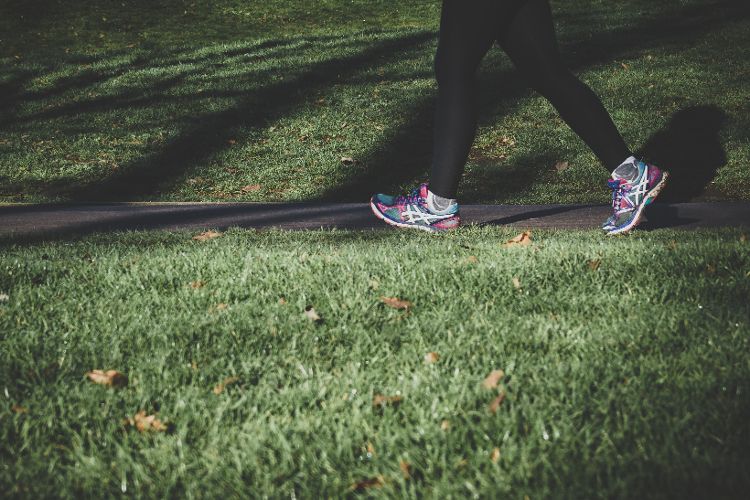 By the end of the year, I was fitter than I’d been in years. I was exercising four or five times a week and what’s more, was really enjoying it. To ensure that I didn’t go crazy over the festive season, I adopted a mindset: “getting fit not fat this December”. I just wanted something to prompt me to not let December slip into my usual booze too much; eat too much; party too much; regret it in January; routine. I also decided that I’d like to go for a run on Christmas morning – I had a dream-like vision of my happy, smiling face beaming at passers-by as I ran along the Thames, towards Kingston.

Enter Couch to 5K. I had heard so many good things about this App that I decided to give it a go. I met Constance (the voice on the App) who was there to guide and encourage me through my journey. The programme is designed to take nine weeks to complete and comprises three runs and four rest days each week. The only slight snag of course was that I had 25 days and not nine weeks to get up to 5K if was to accomplish my run on Christmas morning. 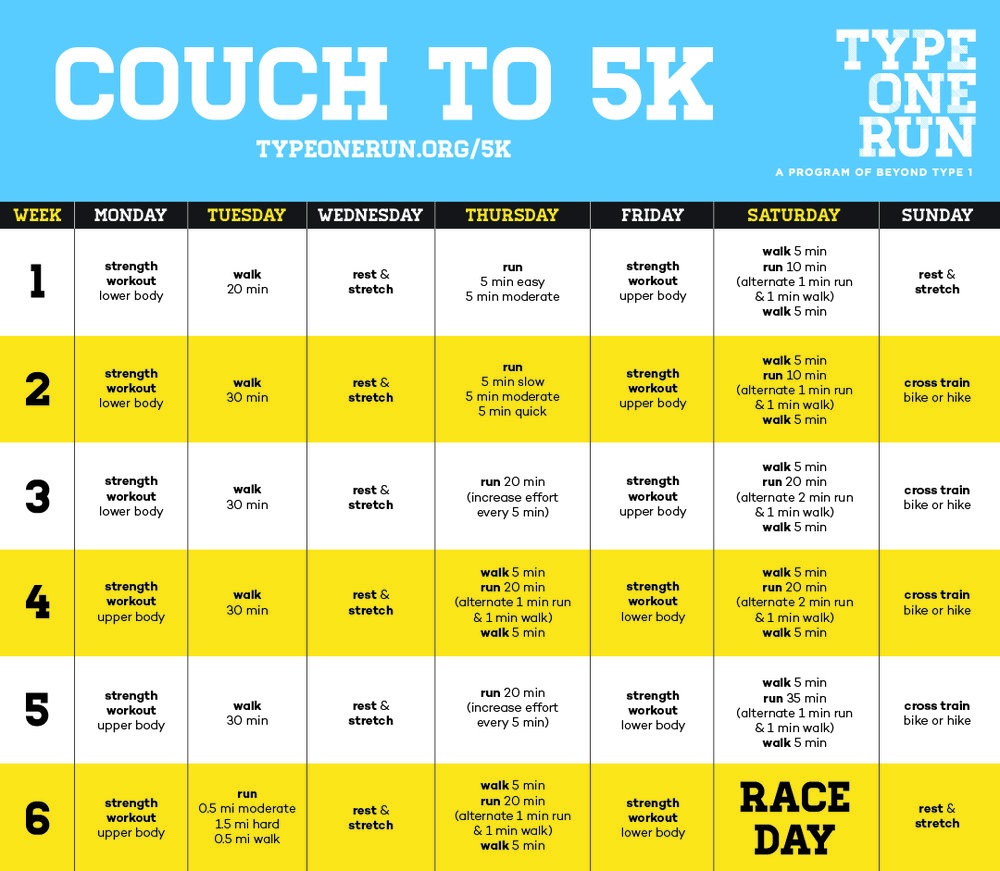 Notwithstanding, with “getting fit not fat this December” firmly in mind, I compiled a running playlist on iTunes, dusted off my old running jacket and got to it.

The programme was gentle enough and simple to follow.  Each workout would begin with a 5-minute brisk walk and would end with a 5-minute cool down walk. In between, there would be running for a minute and then walking for a minute-and-a-half and as each workout progressed, the running time would increase and the walking time decrease. Constance would give words of encouragement: “good job!” and “halfway there!” and really, all I had to do was obey her directions. “Now – walk”. “Now – run”. What could be simpler?

The thing I liked most of all about the running was being outdoors. As much as I love sweating it out in a spin class with the music blaring and the disco lights glaring, you just can’t beat a bit of fresh air. And so here I was, running! With walking in between… but running!

Alas on run 12, I suffered an injury. During runs 9, 10 and 11 my lower back had started to play up and my left calf muscle was crying out for some attention. I have no doubt that these niggles would have been entirely manageable if I had done the sensible and proper thing which was take the rest days that Constance advised. But my 12th run came at the end of week two instead of at the end of week four and my body and specifically my left calf muscle said “no”.

And so, my love affair with running was over as quickly as it had begun. Two painful sessions of physio and a week off exercise later and I was able to return to my regular classes at The Sweat Society. Phew!

If I am to be judged, therefore, on whether I retained my “getting fit not fat this December” mindset, I would like to think that I succeeded. If I am to be judged on whether I can follow what is a tried and tested eminently sensible and really easy-to-follow plan for getting from the couch to a 5K run, I know that I have failed.
Still, 2020 is a new year and a new decade. And I reckon I have a few more runs in me yet.