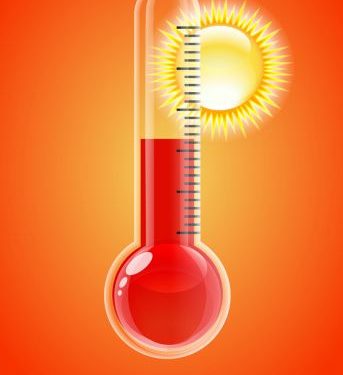 Having spent a week in a courtroom doubling as a sauna in the UK heatwave I thought it might be, er, cool, to look at some famous films set during a heatwave which might just get some lawyers hot under the collar:

The heat in this black and white 1957 classic  by Sidney Lumet isn’t just in the angry exchanges between the 12 men as they deliberate on the fate of an 18 year old charged with murder. It’s in the claustrophobia of the court building when the fan doesn’t work and the windows don’t open  far enough  the tensions build between the men. It’s in the sweat on Henry Fonda’s usually cool brow as he painstakingly analyses the evidence and tries to persuade his fellow jurors to see the flaws in the prosecution case. It’s in the script that is so taut you could strike a match on it. One of the best films about the law ever made.

More murder, more heat, more work for lawyers.  Kathleen Turner was never hotter than in this 1981 hit,  a sultry  precursor to the more explicit but not quite as steamy Basic Instinct and Fatal Attraction type sexual thrillers. And she was just plain hot too as she seduced William Hurt into murder in the stifling southern heat in between cooling herself with ice cubes in the bathtub in tantalising fashion.

Michael Douglas is a one man crime wave in a Los Angeles heatwave in this excellent 1993 film. Yes, he’s all bad by the end but he’s an everyman at the start of the film which is what makes him so fascinating and the script a genuinely brave one in a dead-eyed pc Hollywood.  Douglas is all of us at fantasy level when we’ve just had enough of life’s slings and arrows. It all starts with the air conditioning in his car breaking down during the unbearable heat. Hot and bothered by the straw that breaks the camel’s back he let’s rip as a one man vigilante squad crashing and burning down everything before him.