Film: Dance with a Stranger 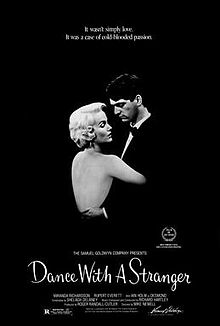 Ruth Ellis was the last woman to be hanged in Britain, in 1955. Her trial lasted all of 37 minutes. In cross-examination she answered one question which sealed her fate. She left behind two small children, one of whom killed himself in his early 20s. At the time of her crime she was on tranquillisers, she had just suffered a miscarriage and she was likely in the throes of some form of emotional breakdown. She was aged 28. Despite a campaign by her family, she has yet to be reprieved. Her story leads invariably to well publicised recent cases and  the much debated issues around Coercive Control. 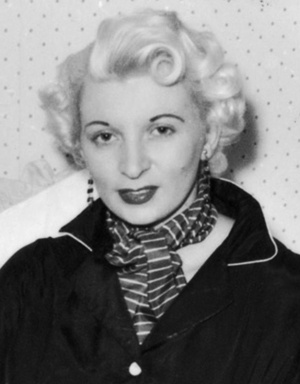 Ruth Ellis‘s crime was murder. She shot her lover David Blakely at point blank range outside a pub in Hampstead on Easter Sunday. Afterwards she remained on the scene and calmly allowed herself to be arrested on the spot by an off duty policeman, telling him that she was a ‘little confused.’

The story of Ruth Ellis has been the subject of countless books, articles, plays and documentaries. In 1985 an excellent British feature film, Dance with a Stranger was directed by Mike Newell. It contains a blistering, heart wrenching, visceral central performance by Miranda Richardson as Ellis. Rupert Everett, looking the best he has ever done, plays Blakely and fully justifies a line given to Richardson, that even if she had known he already had a fiancee she could not have stopped herself from falling in love with him because “I fancy you too much“. 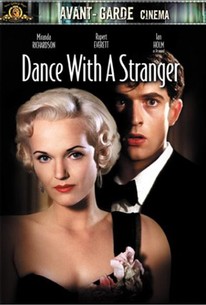 The script is by Shelagh Delaney, famous for an earlier film, A taste of Honey written when she was a teenager. The third main performance in the film is by Ian Holm who plays Dennis Cussen,  a man who was obsessed with Ellis but for the larger part was seen by her as the nice, loyal friend she couldn’t love but who stood by her through thick and thin. There remains a question mark as to both his role on the fateful night and prior to it which led to Ruth Ellis being able to fire the Smith and Wesson she used, so efficiently. It is thought that his evidence, had he chosen to participate in the trial, might have led to a conviction of manslaughter and therefore saved Ellis from the death sentence.

I saw Dance with a Stranger many years ago. I found it hugely powerful then, but the extent of its power, I felt only this weekend. On Saturday at the central picture house in Picadilly so Circus I attended a fascinating event entitled Women and Obsession. It was organised by Birds’ Eye View’s Reclaim the Frame mission to bring ever greater audiences to films by women. Dance with a stranger was one of the films screened and I pretty much remembered every scene and most of the lines altered by Miranda Richardson as the tortured Ellis.

Mike Newell was at the screening and the Q&A afterwards. He was joined by the grandson of Ruth Ellis, Stephen Beard, an actor and writer who is campaigning for the reprieve of his grandmother and Dr Lizzie Seal, Reader in criminology at the University of Sussex and author of, Women, murder and femininity; Gender representation of women who kill.

Newell spoke of the solicitor, John Bickford, who had helped start the process of the project. The producer of the film had met him in Malta, drinking away his sorrows at a bar. Years after the event he still felt bad about the Ruth Ellis case. He thought that he had not done all he could have for her. He had been in practice at a small firm in Maida Vale. At the trial he had to compete with ‘the big boys’ and he did not feel that he had got Ruth the best possible defence representation. It’s worth noting that another solicitor, Victor Mishcon, later the founder of super firm, Mishcon De Reya, tried to help Ruth Ellis after the trial but it was too late.

I asked the panel why they thought the case of Ruth Ellis still resonates so much with everyone who comes across it. Not only are those in the media fascinated by it but also the legal world. Only last year I was approached by a producer asking about the family law aspects of the Ellis case bearing in mind she was the mother of two young children at the time of her trial.

They suggested that it’s because the story contains everything; glamour, sex, the dramatic power of love, obsession, motherhood, tragedy and emotions that so many of us can identify with, perhaps not to the level displayed in the story but still very recognisable. 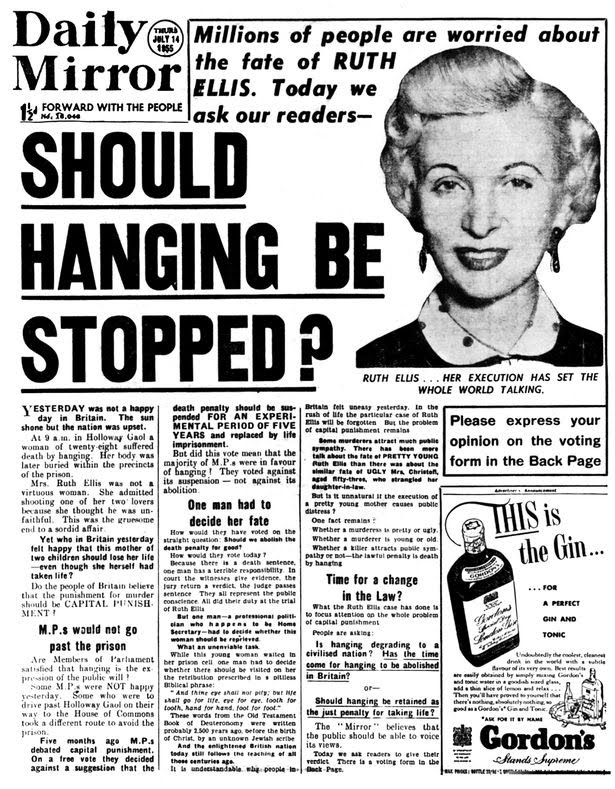 Incidentally, the judge at the trial was Mr Justice Havers, grandfather of actor Nigel Havers.

If you’ve never seen Dance with a Stranger, I highly recommend that you do. It’s a gut wrenching tragedy and even though you know how it will end you can’t help but be on the edge of your seat as the drama hurtles towards the cliffs edge, not just for Ruth Ellis but every character caught up in the nightmare that could only finish in one way

This was Ruth Ellis’ answer to the only question put to her by Christmas Humphreys, counsel for the Prosecution, who asked, “When you fired the revolver at close range into the body of David Blakely, what did you intend to do?”