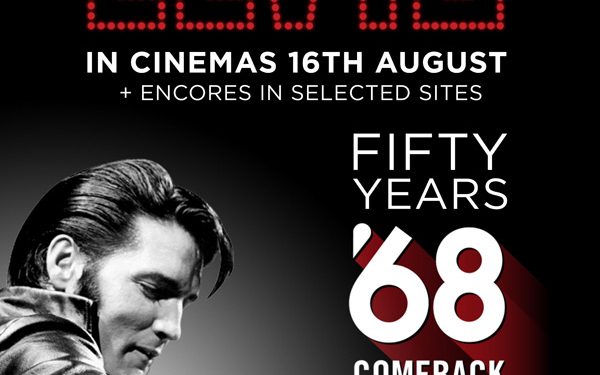 Have you noticed that most Elvis impersonators favour the bloated, burger guzzling, milkshake quaffing, sequin jump suit wearing, Las Vegas version rather than the gorgeous, lean, hip swivelling, culture changing icon in black who remains the world’s biggest selling artist?
I can’t comment directly on the colossal impact Elvis Aaron Presley had on the music scene in the 1950s, it’s before my time but I’ve read about it, heard about it and seen footage. I also, like most people, have an image of Elvis in my mind. And yes, it is mostly the Vegas version or the actor in cheesy films that used to be on BBC2 on a rainy Saturday afternoon.

I’d heard of the 1968 comeback special when, in the era of the Beatles and Bob Dylan Elvis returned to remind the public that he was still the king.
This week I saw the entire show at a press screening. It will be screened at cinemas on 16th August as a special event to mark its 50th anniversary.
There were only a handful of journalists at the screening early on a midweek morning but I think they may have walked out as awed by what they’d just seen as I was.

This was a magnificent performance by Elvis!
As one of the producers says in the intro, ‘this special showed it wasn’t RCA, it wasn’t the Colonel (Tom Parker, Elvis’ manager), it wasn’t the PR, it was Elvis, HE was special.’

Most of the show is Elvis singing or Elvis singing and playing guitar. Later there are dancers and sets and they’re fine but they are unnecessary. All that’s needed is the man in black leather with that astounding voice. When he effortlessly unleashes it on the big hits it’s a genuine goosebumps on the arms moment. He doesn’t need the gimmicks and the multi million dollar music videos that the pop stars of today surround themselves with in an effort to disguise how minimal their core talent is. He doesn’t even need to swivel his hips all that much (though it’s very pleasing that he does at one point). He just needs to sing and he’s utterly mesmerising when he does.
It’s also worth noting that he was incredibly handsome, not just for swooning reasons but because there are many unforgiving close-ups during the show and he looks nigh perfect in all of them (some of the dancers fare less well, it has to be said).
It’s also nice to see some of his humour on display and he has a good line in self deprecation, noting that he made ’29 movies like this’ referring to his famous lip curl.
If you love music and appreciate real talent, this is an absolute must. I recommend it highly. Elvis may have left the building in 1977 (or maybe not, depending on your conspiracy theory of choice) but this film proves he is still the King. 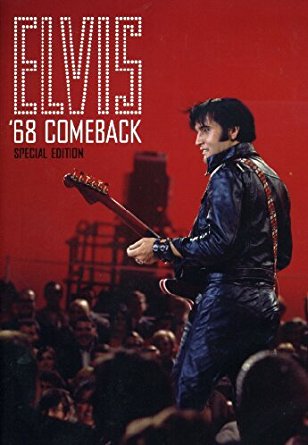