Wednesday Woman : Chronicles of an aspiring novelist by Philippa Hall 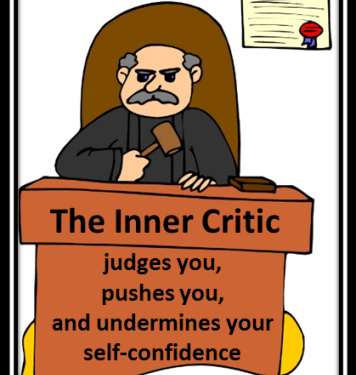 Everyone has a book in them, right? But does everyone have that killer opening line?

(This piece first appeared in www.funnypearls.com) 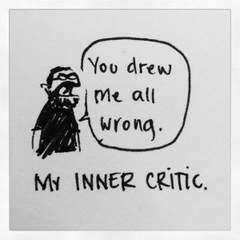 Philippa Hall on starting her novel.

Writer: ‘It was a dark and stormy night. Suddenly, a shot rang out.’

Internal Editor: You’ve got to be kidding me.

Writer: I’m joking. Just getting the juices flowing. But hey, it’s not that bad: there’s the inciting incident right there in the second sentence of the novel.

Writer: Okay, how about: ‘The rain lashed against the windows. Suddenly, a shot rang out.’

Writer: ‘Betty woke with a start, kicking the tangled sheets to the floor. The rain was lashing against her bedroom window. Suddenly, a shot rang out.’

Internal Editor: Don’t start with someone waking up. That’s also a cliché.

Writer: ‘Betty was sitting on the porch, scratching her backside. Suddenly, a shot rang out.’

Writer: ‘Betty bent to retrieve her cake from the oven while the rain lashed against the window. Suddenly, a shot rang out.’

Internal Editor: You haven’t even nailed the first sentence yet. Do not get up from this computer.

Writer: Can I have a cup of tea, at least?

Writer: ‘Betty watched as darkness descended across the valley like a shroud over a corpse. The temperature dropped suddenly and the first drops of rain splashed violently against her window. Suddenly, a shot rang out.’

Internal Editor: You’ve got two ‘suddenly’s. And, by the way, never use the word ‘suddenly’.

Internal Editor: Are you Hilary Mantel?

Internal Editor: Then for you, the rule is ‘never’.

Internal Editor: Plus ‘suddenly’ is an adverb. So is ‘violently’. You can’t use adverbs.

Writer: But adverbs are one of the eight Parts of Speech. It’s ordinary English grammar. Why can’t I write with adverbs?

Internal Editor: Because that’s what everyone is saying these days.

Writer: Who is this ‘everyone’ taking away my adverbs? I’ve been using them since birth.

Internal Editor: It makes your writing sound like a school essay.

Writer: So, you’re telling me that if I write with adverbs, any agent who reads my submission will chuck it in the bin at the first ‘suddenly’.

Writer: Stop editing my thoughts, please. I can think in split infinitives if I like. And in adverbs. Even if it means I have to sweep a scythe through my writing to excise all adverbs.

Internal Editor: What writing? You haven’t even got the first sentence down.

Writer: If you stopped talking for two minutes, I might manage to write it.

Writer: Shut up. I’m trying to think what to do about no adverbs.

Internal Editor: Well, it’s not absolutely no adverbs. You can use words that describe place and time. You just mustn’t modify your verbs. Use an active verb instead.

Internal Editor: That was just an example.

Writer: ‘Betty ambled to the oven to retrieve her cake. Out of the window she saw darkness descend over the valley like a scythe sweeping over the hills and killing the light. The first raindrops splattered against the windowpane like a scattering of stones thrown against the glass. A shot rang out.’

Writer: Let me have a hobnob. Just one.

Internal Editor: Okay, but while you chew, I’m going to point out that you have two similes in two successive sentences. I also think it’s totally lame to start a novel with a woman getting a cake out of the oven.

Writer: If I get rid of the cake then we start with the weather, and you said that was bad.

Internal Editor: Your first sentence has got to grab the reader’s attention. It’s should be a killer sentence. No weather. No descriptions of landscape. No waking up. Nothing dull or clichéd.

Writer: ‘A shot shattered the glass pane and destroyed the peace of the silent suburban street. Betty looked down to find the gun in her hand. Smoke billowed out from behind her and the smell of burning assailed her nostrils.’

Internal Editor: Hmmmm. That’s a better way to start. With the shot. That’s probably the inciting incident. And you’ve introduced your protagonist. The smoke is also dramatic. It seems like something terrible has happened and that intrigues the reader.

Internal Editor: But have you noticed that you’ve got a lot of sibilance?

Internal Editor: Well, is it deliberate? It’s okay if you do it on purpose. If you’re trying to reinforce an image of, say, trees rustling and whispering in the wind. Not so good if you’re talking about a gunshot. Try reading it aloud and see what I mean.

Writer: Oh, yes. And I just sprayed bits of hobnob all over the kitchen trying to say all those ‘sh’ and ’s’ sounds.

Writer: ‘The bullet exploded through the window, shattering the pane. Fragments of glass sprayed out, showering the lawn with crystal droplets which glittered in the light from the porch. The gun fell from Betty’s hand and hit the kitchen floor with a metallic clunk. The acrid smell of burning filled her nostrils.’

Internal Editor: The hobnobs seem to be helping. But watch the similar sentence structure there. Make it more punchy.

Writer: ‘The bullet exploded through the window, shattering the pane and spraying the lawn with tiny shards which glittered like crystals in the light from the porch. Betty let the gun fall slowly from her hand. It dropped to the kitchen floor with a metallic clunk and skidded along the polished tiles. The acrid scent of burning filled her nostrils.’

Internal Editor: Do it. You’ll thank me later. Then you can have another hobnob.

Writer: ‘The bullet exploded through the window, shattering the pane and spraying the lawn with tiny shards which glittered like crystals in the light from the porch. Betty let the gun fall from her hand. It hit the kitchen floor with a metallic clunk and skidded along the polished tiles. The acrid scent of burning filled her nostrils.

Internal Editor: Okay, smarty-pants. I can work with that. Even with the cake. And, bonus, you’re up to seventy words.