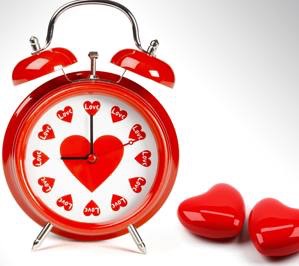 Career v Love by Emilia
‘So you chose to be a career woman,’ people say to me and other colleagues like me who are not married and don’t have children.
Well, newsflash; many of us never ‘chose’ to be career women. We just chose a career. We didn’t think it would exclude other things, like a long term relationship. But for some of us that’s how it’s turned out.

Work fills the day. It’s something I do. I’ve thought that since I was 25 when I first started as a paralegal at a local authority and then worked my way up to becoming a solicitor and finally head of my department. I like the drama. I enjoy the high profile, exciting cases. I’m needed. I like that. My self worth comes from my professional success. Phones going all over the office. Three people asking my advice, needing me. They’re like children, wanting my attention. It gives me a sense of power.

I’m there for everyone. So, when a friend rang me once because she had a personal crisis I jumped in the car and went to be with her. I remember it was pouring down. I’d had a hectic day in the office but I couldn’t let my friend down.
It took me 20 minutes to realise that everything I’d done that day I’d done in a detached manner. My friend needed my proper attention but it took me some time to really start relating to her.

I realised something, then, about myself.
Now when it get home from work, I meditate for 20 minutes to allow myself to come back to my life before I start doing the cooking or whatever I’ve got planned for the evening. I need those 20 minutes before I can really relate to another human being.

It would have been the same if my friend had been my partner. At work I detach. That’s how I cope with the child protection work I do.
After the incident with my friend I began to see that I had become  emotionally detached from people outside work too. It was better, therefore, not to have a relationship. That way a man couldn’t make demands on me. I realised I want to choose my emotional interactions because they become an effort if I don’t.
It’s almost self abuse. You’re there for everyone except yourself.

Work can become an excuse when it comes to love. When I met Peter and started going out with him, one evening he wanted to spend the night. I said, ‘Oh, but I’ve got a 5 day case to prepare’. I told him I’d see him after it was over when I wasn’t under pressure.  It was my first 5 day case. I felt I needed to invest my energy and efforts into work and Peter would always be around.
If he had done the same to me, I’d have told him to fuck off but me doing it was fine, I thought.
The seed I planted  then was that he was second best. So, over time I became second best for him. He couldn’t trust me with his love so he didn’t give it in the end.
I realise that now. I can understand why he would have thought I was a career woman. Period.
In my own mind I was conflicted. Part of me was telling myself this was the man of my dreams. The other part was saying (and out loud to Peter) he came second after my cases.

He’s married now.
Occasionally he’ll still call. I think he wants to let me know he knows I know he still has feelings for me.
I’m firm with him when he calls. Well, my voice is, there are usually tears streaming down my cheeks but he can’t see. He hears a strong career woman.
‘You chose what was best for you’,  I tell him.
I suppose he thinks the same about me.
I’m not so sure.