Friday Film : Cannes I get a witness! 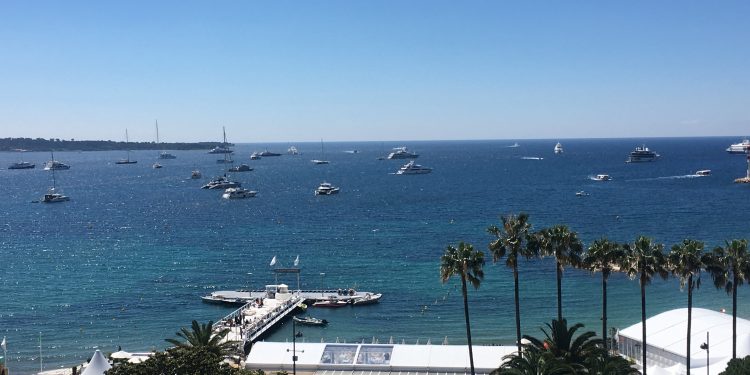 You need to stock up on the energy levels to survive the Cannes film festival because it’s probably the most in-your-face film event of the year. The excitement and bull sh** are there in equal measure. Both pretty much start on the plane and don’t let up the whole time you are in the palm tree paradise. 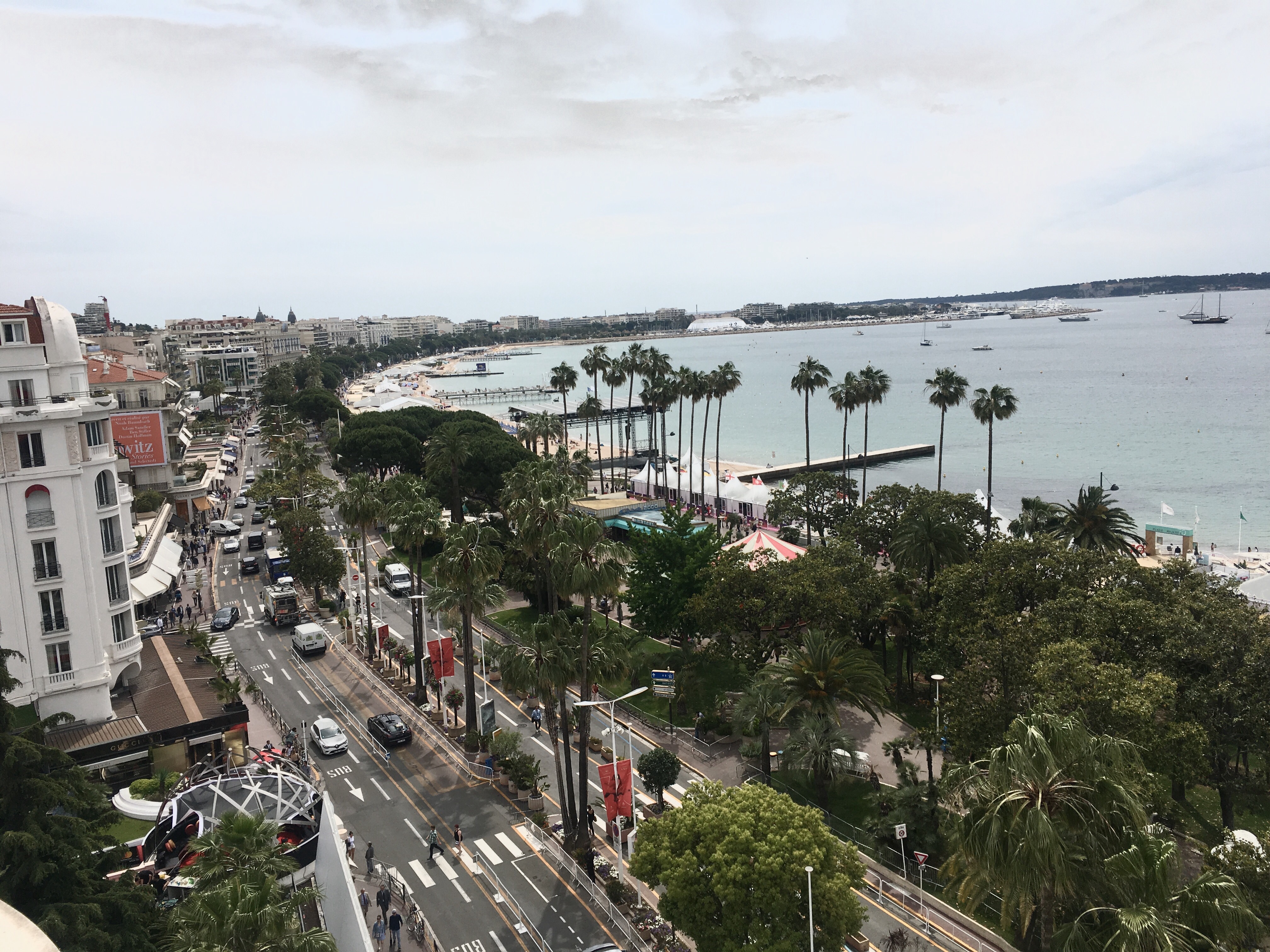 The excitement because you spot the paparazzi as soon as you land. And just as you adjust your hair and get ready to wave, you see a European star you don’t recognise alight with a poodle in her arms and minions to carry her 53 pieces of designer luggage and you just know this is going to be a magnificent fortnight anyway.
And the bs because everyone you meet is full,of it.

Just as every bar tender and waitress in Hollywood is an actor awaiting his/her big break, so everyone walking aimlessly up and down the Croisette in Cannes is a ‘producer’, ‘director’, ‘writer with a project’. By the end of the second day you could cheerfully strangle the next person who wants to tell you all about the screenplay he is ‘working on.’
Cannes is both an inspiring and heartbreaking place for wannabe film makers. And there are plenty of them over the 12 days yearning for that one big break.
But the sad reality is, that save for the lucky handful who will go onto make some sort of career in the film-business, most of those soaking up the sun on the beaches of Cannes or sipping ludicrously expensive drinks at a plush bar hoping to bump into Harvey Weinstein will never make it.
That’s where the insipiration/heartbreak comes in. At Cannes you can feel you are part of the film world because the backdrop is so beautiful and you can almost the touch the stars and movie moguls as they strut around the red carpet of the Palais de Festival but it’s all an illusion. In reality the stars and moguls have only just popped down from Mount Movie Olympus for a few moments to mingle with the plebs who give them their lifestyles. When it is all over, they will return home and be as untouchable and unreachable as ever.
That business card you pressed so eagerly into the hand of the man from Fox or Columbia will most likely be lost and the great idea you shared with a financier at the party you gate-crashed will be forgotten the moment he downs his first glass of pink bubbly.
It’s not just emotional energy you need to get through the it all. You need phsical stamina too. For media the screenings start at 8.30am and you need an excel spreadsheet to ensure you see everything you want to. And even then you’ll miss half of them because so many screenings clash. 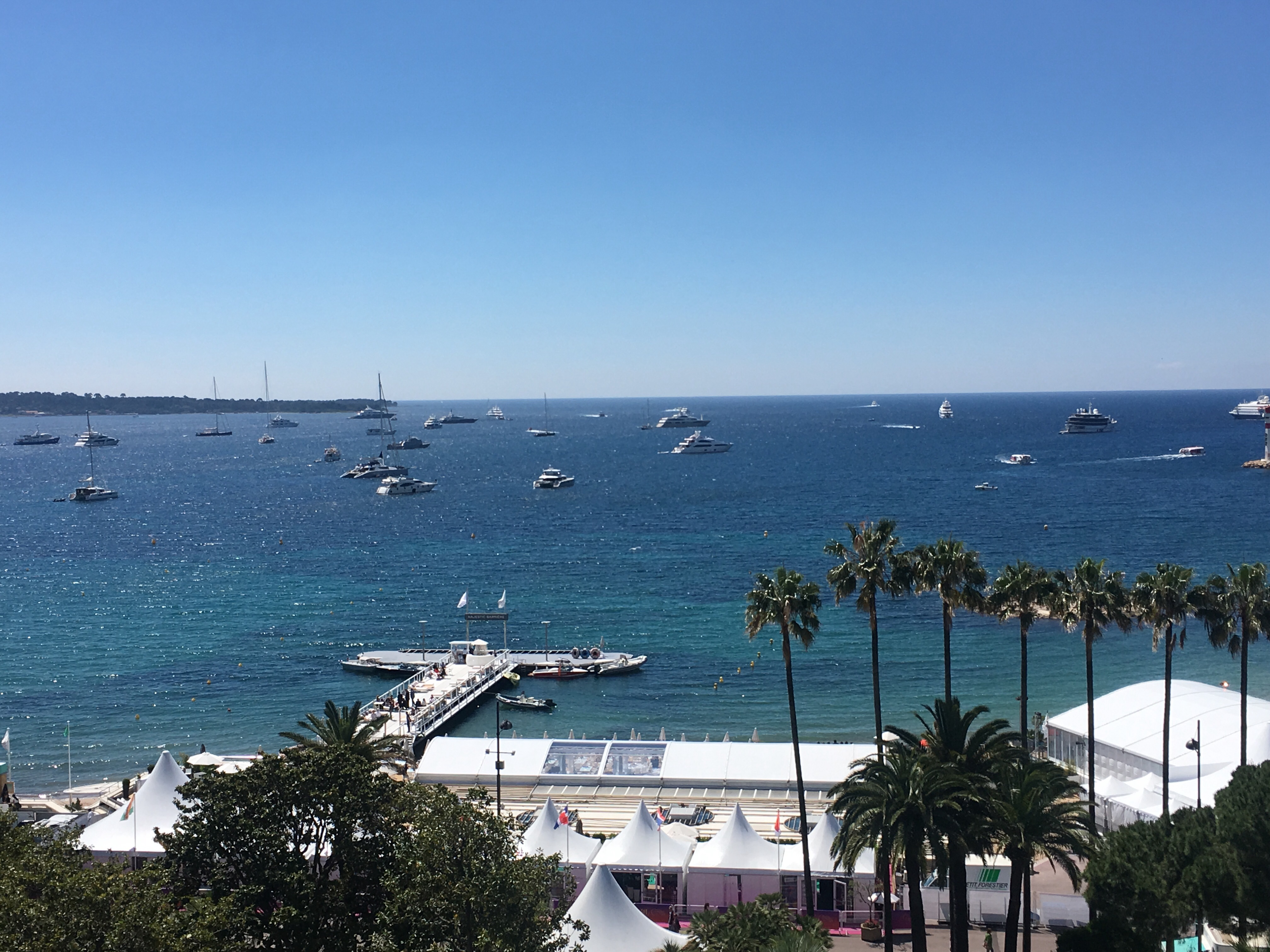 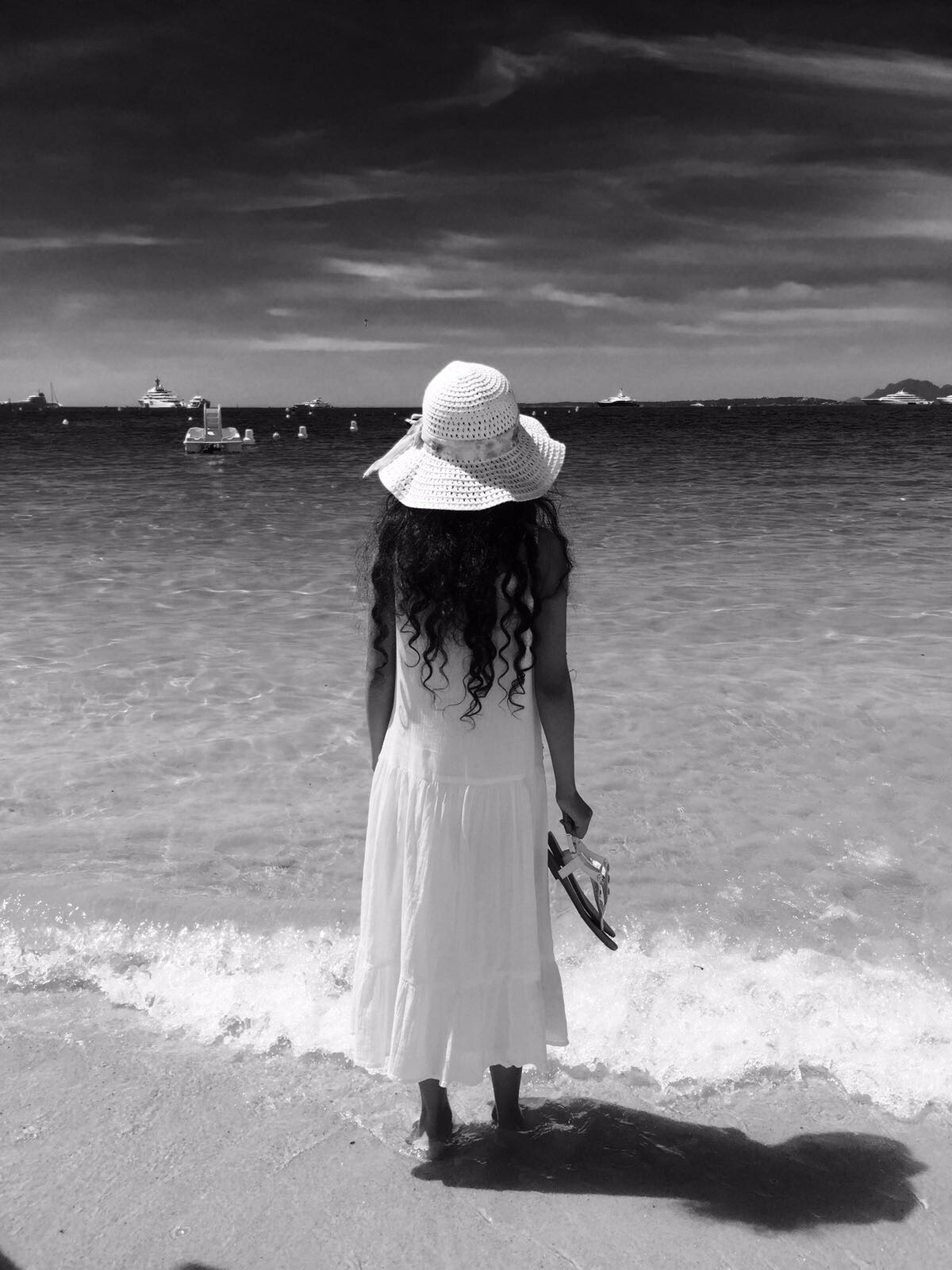 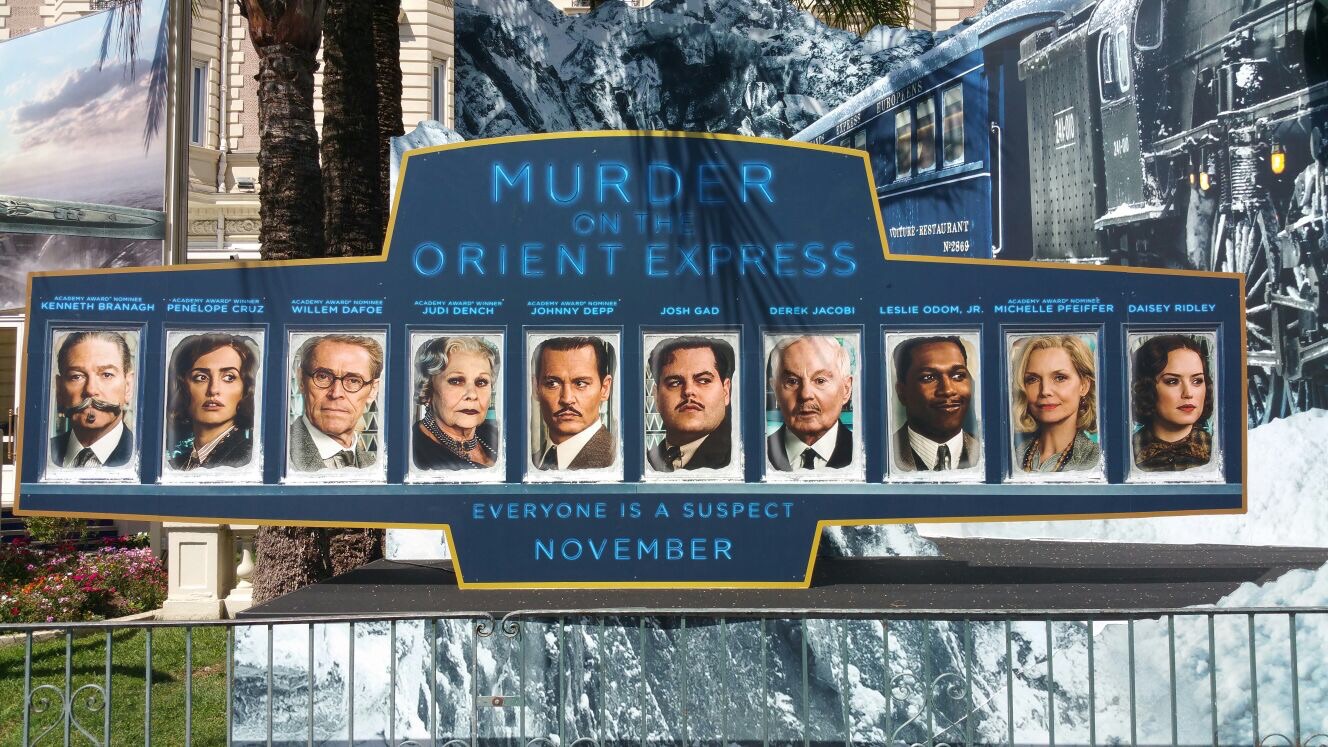 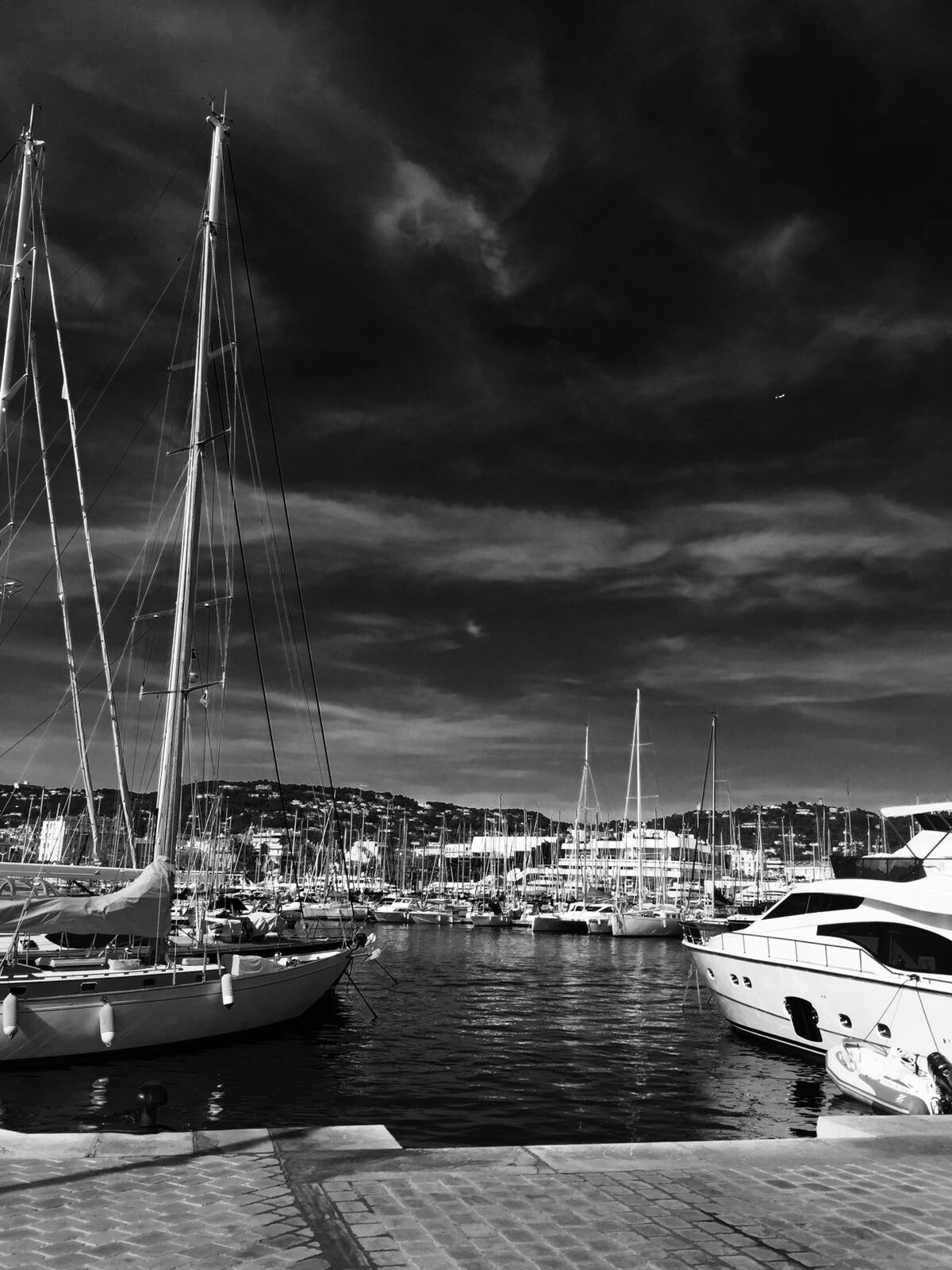 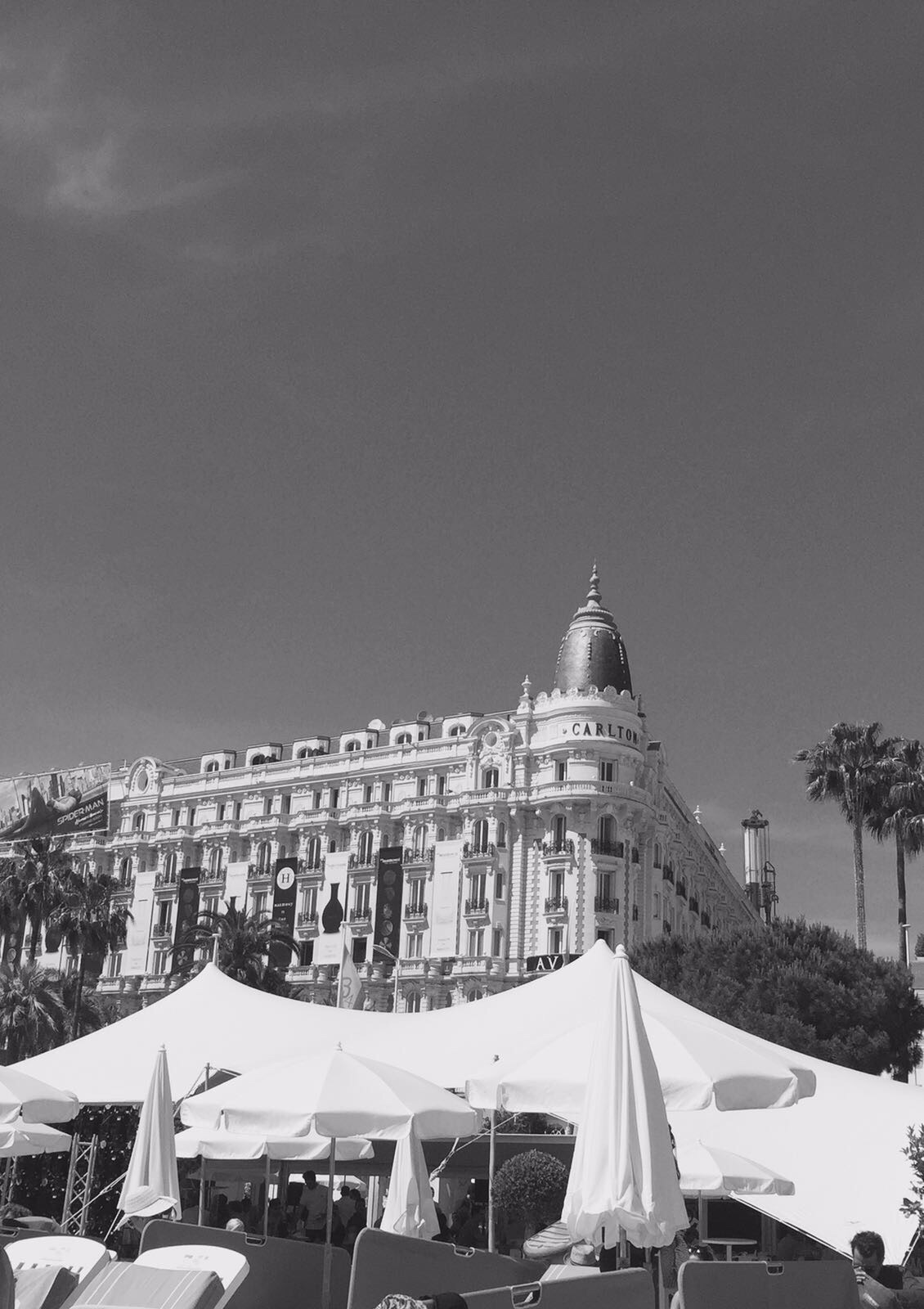 Scattered amongst the screenings are talks in one of the many pavilions which make up the International village where representatives from the film industries of each country promote their nation and films. The. There are the interviews and meetings to fit in. Of course you could do many of them back in Hackney but there’s something irresistible about having that aquamarine sea behind you as you sip a drink instead of a Costa or a Pizza Hut.

In the evenings there are the premieres, glitzy red carpet occasions that you have to be invited to attend but can watch from the sidelines as many thousands do each night, either by lining up by the police manned barriers or on the giant screens erected for the festival. The atmosphere is fun, music blares and there is excited running commentary over the loudspeakers. Increasingly fans come prepared with step ladders to get a better view while some simply climb up one of the palm trees and stay there, prepared to have very sore bottoms the next day! 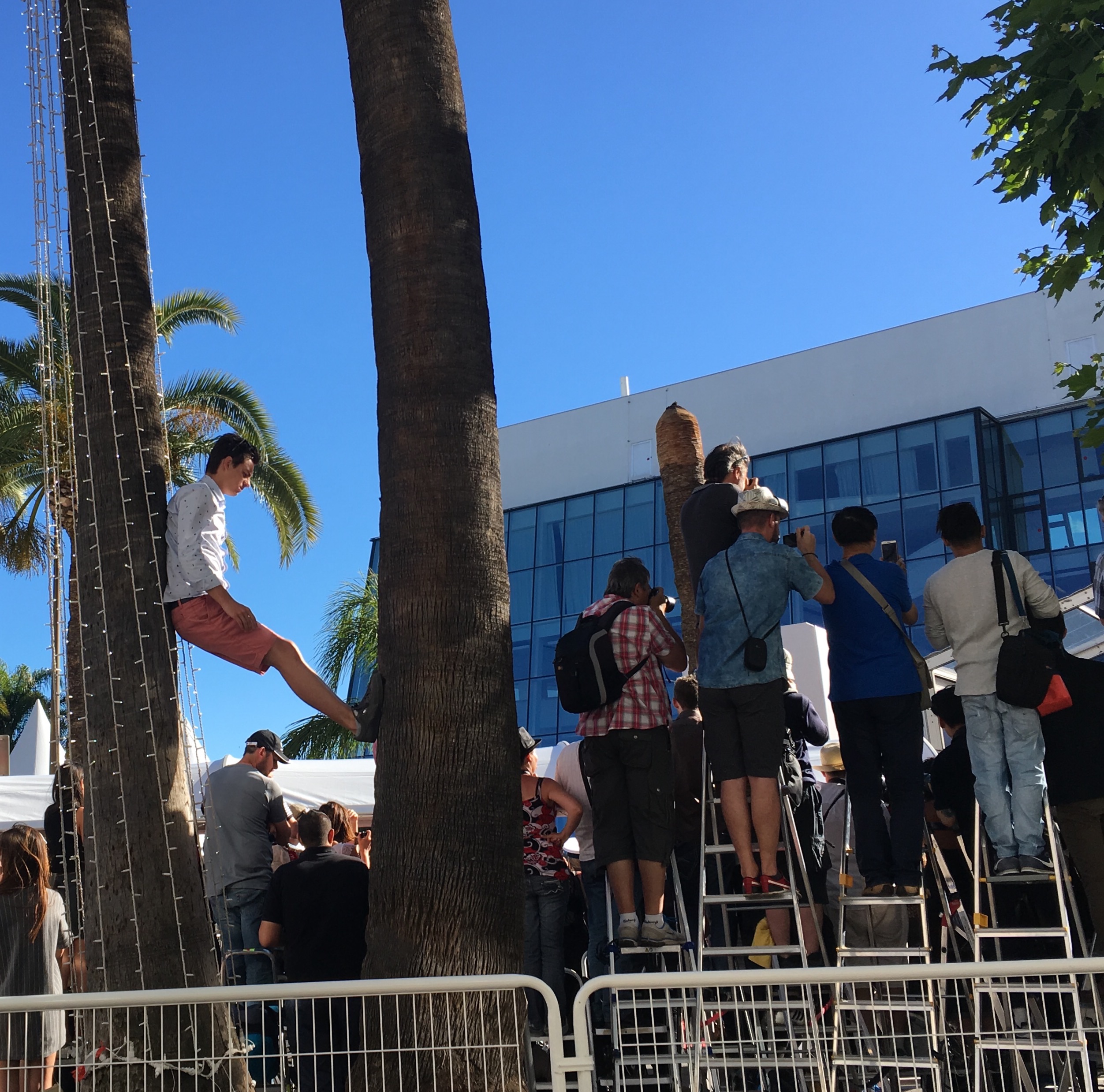 At night of course there are the parties. There are so many it’s a wonder anyone can stay awake the next day to make a deal. On the other hand, that might be the ideal way to get that multi million dollar deal for that The Godfather meets zombies script you’ve been working on for the past decade…….. 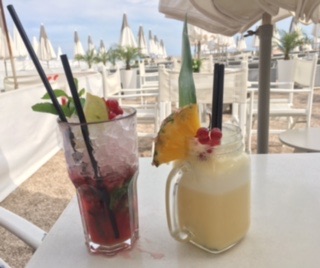 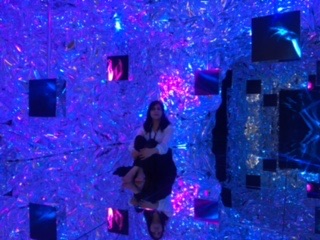 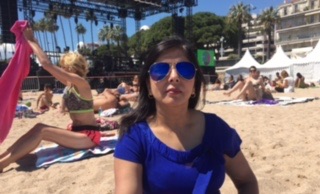 Thursday Thoughts : From First Six to ...

Tuesday Trends : Slip into a summery ...