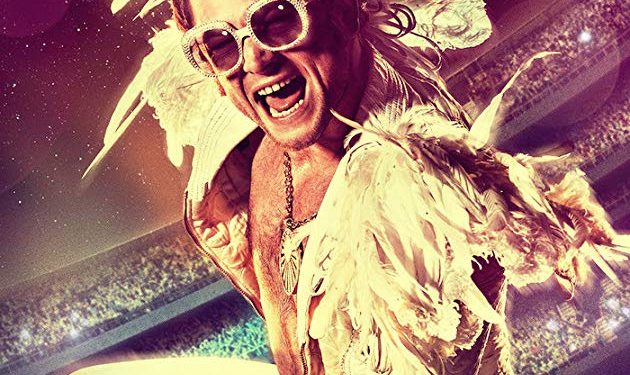 My name is Elton Hercules John and I’m an alcoholic.

And a cocaine addict.

And a sex addict.

It’s the 1970s. Elton John is a global superstar. Shifting millions of records. Selling out stadiums. He hasn’t been Reggie Dwight, the fat kid from Pinner, for years. He’s done it all. Achieved it all. Enjoying it all.

And he’s as miserable as only a former fat kid who didn’t feel loved can be. 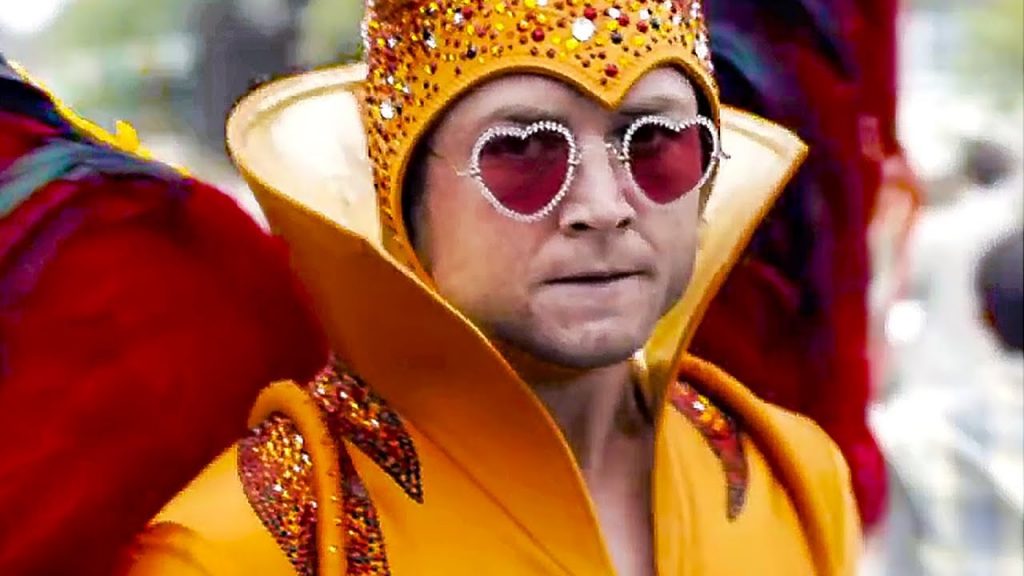 Following so soon in the footsteps of the Oscar winning, $900 million grossing Bohemian Rhapsody, Rocketman has big shoes to fill. But national institution Elton John can not only fill them, he’s bringing platforms……. andsequins, feather boas, diamonds, tiaras and tantrums! 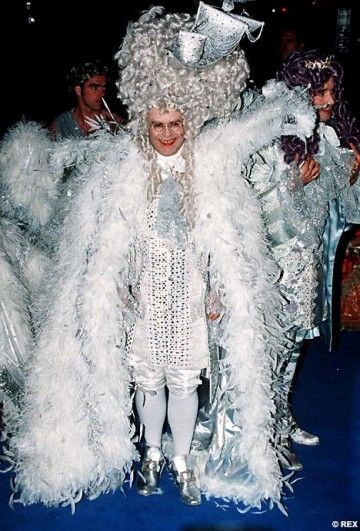 Rocketman is a triumph. It’s every bit as big, flamboyant, brash, over the top and diva-like as its subject. It’s also a generous, loving tribute to Elton’s song writing partner, lyricist Bernie Taupin (Jamie Bell). And a contemplation of the family and loves that shape a person. If, at times, it veers a little too much into confessional and self help territory it soon redeems itself with yet another Elton John song you’ve always hummed.

For the record, so to speak, there are twenty Elton John songs featured in the film. Although Daniel, is only hinted at and his best selling track (I’ll leave you guessing as to which one) has no place in the story, it’s a hugely impressive back catalogue and only confirms how big and enduring a star and songwriting talent Elton John has been for over five decades now. In fact, the non use of some huge hits, in any other genre, would be an obvious hint of a sequel. Whether we get, Elton John, the circle of life years, remains to be seen but Rocketman gives us enough of his many and dazzling early to mid years to pack a very full two hours.

The film put paid to my initial thought that Rocketman might not have the emotional pull of Bohemian Rhapsody because Elton John is still alive. Under the glitz and glamour there are some very moving moments. Most arise from the scenes of his childhood when the neglected little Reggie finds solace in the piano from his buttoned up, undemonstrative father (Steven Mackintosh) who seems to be constantly repressing some terrible rage against the world and his flighty, snappy mother Sheila (Bryce Dallas Howard) for whom her son seems to be an untidy inconvenience. Only his grandmother (Gemma Jones) is able to offer him the love he desperately craves but she has her hands full holding the unhappy family together.

Reggie doesn’t just play the piano though. He has an exceptional talent for it. Soon he’s got a scholarship to the Royal Academy of Music, discovered Elvis Presley and met fellow country music lover Taupin. He’s also privately acknowledged that he is ‘ a homosexual’ despite attempts at a heterosexual romance.Most of all, he has decided that he needs to be ‘someone else’ to make it.

Enter Elton (from a school friend) and John (courtesy of Lennon).

Despite the enormous success that follows (shown in the obligatory biopic montage), however, Elton John remains haunted by Reggie Dwight, his childhood insecurities, lack of love and his family. His parents are no more enamoured of the  international superstar than they were of the little boy whose birth interrupted their respective dreams and lives. An entire film could have been made about the complex relationship with his mother alone!

But there is a wider story to be told here and it’s done with a degree of honesty, affection and ultimately forgiveness. (Oh, and despite all the lurid hype about the ‘ scenes of gay sex Bohemian Rhapsody shied away from’ – it’s very much a mainstream film. Yes, Elton and his lover/manager John Reid (Richard Madden are shown in a bedroom scene but it’s not one likely to affect the box office to any great degree either way. What is more likely to do so is that some of the songs are set as big, choreographed musical numbers rather than rock performances. Elton, himself, is said to have commented ‘it’s like Grease’ on first viewing. He meant it as a compliment. Some will love this fantasy element ‘show numbers’ style of the film, others may find it jarring and feel its not quite rock ‘n’ roll. The film is billed as being ‘based on a true fantasy’, however, so the dance numbers with other characters joining in with the singing never feel out of place. The lyrics of each song push the story narrative along rather than just appear as an accompaniment to it.

And so to Taron Egerton. Inevitably, the question has been and will be for months yet, can he emulate the award winning trail of Rami ‘Freddie Mercury’Malik all the way to the Oscar? The honest answer is, it won’t be easy. There are months ahead in which many other films with strong leads will be released. While Egerton does a great job, including doing all the singing, he will face tough competition . So it’s unfair to burden him with that expectation. He is admittedly better in the lighter moments and is possibly too young, slim and good looking to entirely convince as the balding, overweight, gap toothed Elton of middle age. However, this committed performance will raise his profile sky high in Hollywood and the film deserves all the success it will undoubtedly amass. 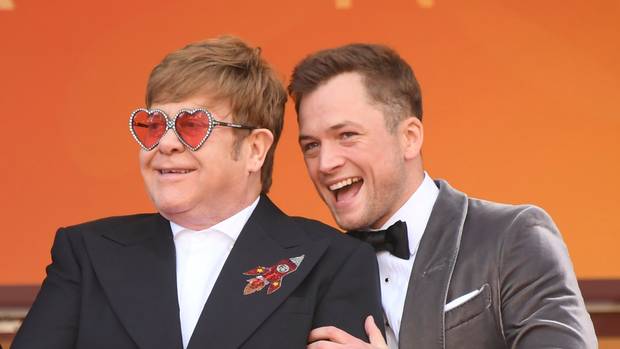 Taron : Elton is as much an idea as anything. He’s a global phenomenon. People feel an ownership of him, his story and his life. So to portray him has felt an honour but the enormity of it has felt borderline overwhelming. But then, I’ve got to know him and I’m proud to call him a friend. He’s the kindest, most interesting, warm man and that has made it feel very important to me.

In terms of preparation, you have to immerse yourself in his music. And my great privilege was thatI got to spend time with him. I could talk to him about anything.

The comparisons with Bohemian Rhapsody are inevitable but our movie is a different animal.

Bryce: It’s an enormous privilege to celebrate Elton and Bernie while they’re still alive. Usually a film like this is about loss. There’s no loss here. Elton crying while watching it at the premiere was just surreal. It’s an honour we could do that for him.

Dexter Fletcher : Our mandate was to tell a human story. Not deify him. That why we show the troughs and peaks. He’s extraordinary but still a human. He didn’t want a self serving film. He’s honest about what he is. No dark corner where the film couldn’t go. Important he loves it.

Script is based on conversations but he had to let me tell the story and Taron to create the character. He knew what we were doing at any point but he gave us distance.

He walked a fine line. He’s a collaborator though so he understood the process. He and Bernie have one of the most enduring relationships in music, so he let us get on with what is a rich and complex story.