Cannes 2019: Once Upon a Time in Hollywood – review 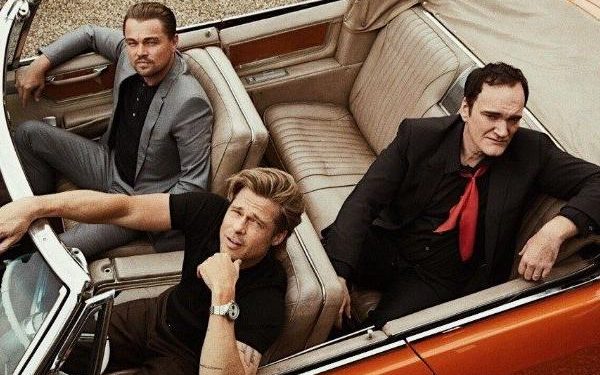 Once Upon a Time in Hollywood

Audacious storytelling. A punk take on known and well documented modern history. Supremely confident filmmaking by a master at the peak of his craft. A magpie’s hoard of pop culture references.

It could only be the new Tarantino.

Not Once upon a time in Hollywood, the film’s title. Not the new Leonardo DiCaprio and Brad Pitt movie. Just ‘the new Tarantino.’ That’s how everyone desperate to see it at Cannes referred to the most anticipated film of the festival. In the end they gave it a 6 minute standing ovation. 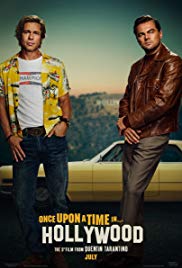 When it was first announced, Once upon a time in Hollywood was said to centre around the shocking murders of 8 month pregnant actress Sharon Tate and her four friends by the drug soaked Charles Manson gang. Later this was modified to it being about the era.

How much the finished film is actually about Sharon Tate is already a subject of controversy which I’m not going to go into here. And Quentin Tarantino himself has asked that those who have seen the film not disclose the astonishing ending.

Obviously I won’t do that as there’s enough to be said about the film without spoilers about the finale. 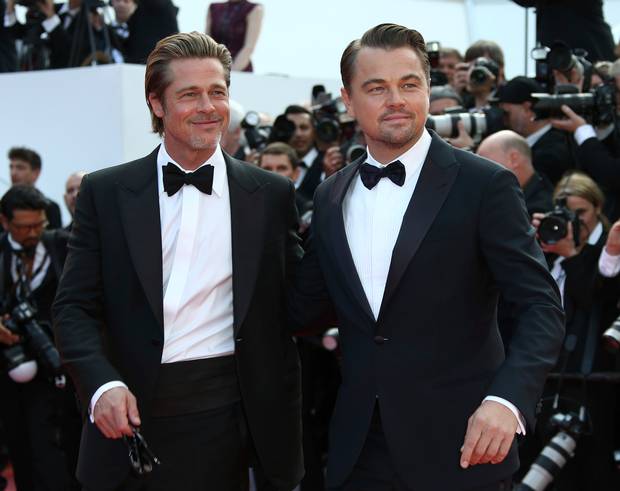 The film is Heat for the 90s generation; Brad Pitt and Leonardo Di Caprio sparring together on screen for the first time. They get equal billing although Di Caprio has the meatier role and slightly greater screen time.

Leo (because that’s how how familiar we feel with the heartthrobs of our youth) is actor Rick Dalton, once famous as the star of popular tv series Bounty Law as cowboy Jake Cahill, now taking guest slots on other shows and to his horror being advised to try his hand at spaghetti westerns by agent Marvin Schwarz,  played with relish by Al Pacino.

Brad is his long-time stunt double and driver Cliff Booth who may or may not have committed a horrific crime in his past and got away with it.

The two have forged an enduring and close friendship despite their status difference in Hollywood, meaning they live very different lives. Booth shares a battered and cluttered trailer with his dog who eats better than him.

Dalton lives in the hills next door to ‘the hottest director in town’, Roman Polanski and his beautiful wife Sharon Tate (Margot Robbie). We learn something of the couple’s personal life at a party at the Playboy mansion from Steve McQueen (Damian Lewis in a brief cameo). McQueen presciently comments that the ‘little Polish guy is going to screw up one day and Sharon’s ex fiancé will be there to pick up the pieces’.

Polanski (Rafal Zawierucha) is mentioned and then wisely forgotten, appearing only in a couple of scenes dressed like a pint-sized Austin Powers. Tate is shown as an up and coming starlet, giddy with the excitement of appearing in her first movies. In some ways she is not unlike the Jenny character in Forrest Gump, more what she represents; innocence, promise, hope, freshness than who she was. She weaves in and out of the film which is essentially the story of minor league Hollywood rather than a portrayal of the victim of a tragedy. 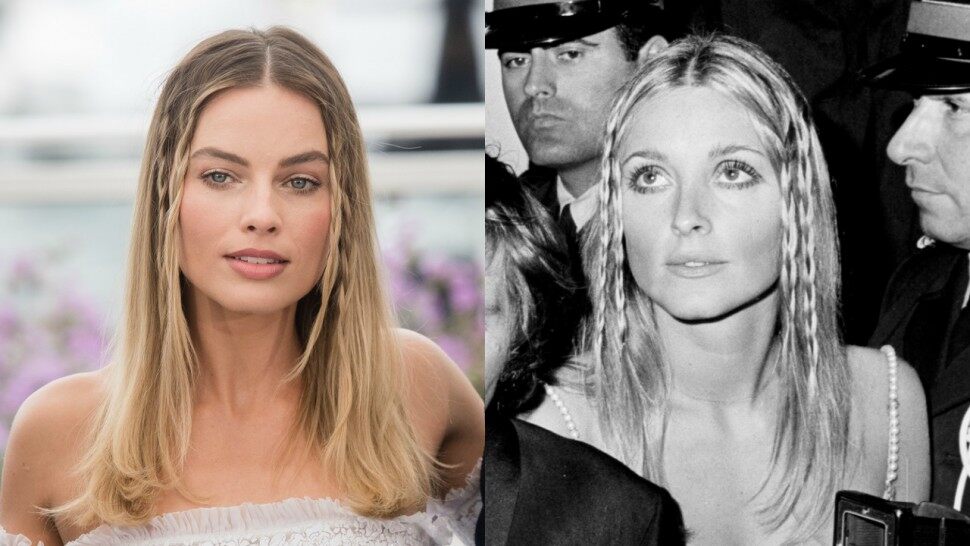 As writer and director, Tarantino is also giddy with the thrill of penning a cinematic love letter to the era, cowboy films and popular tv series of the day. He shifts effortlessly and lovingly from the vivid colours of the last months of the 1960s – February to August 1969, to be precise, to the black and white and sepia tones of the films within the film Dalton makes as well as the tv shows he stars in. He is absolutely and masterfully in his element as a film maker as he glides in and out of Dalton’s career and the main story he is telling. At time it’s as if he is almost showing off what he can do. As a moviemaking achievement it is tremendous. As a story it can become a little plodding and distracting at times. At 2 hours 43 minutes the pace can slacken at points and it’s sometimes hard to follow the timelines of the two main characters.

This is where Tarantino’s masterstroke of casting Di Caprio and Pitt pays off. Both men are at their charismatic best, clearly playing off each other in the most positive way and authoritatively holding the film together.

Di Caprio is at his Wolf of Wall Street level, shedding personal vanity to play a painfully self-aware, ageing actor who knows he is always one guest role away from being a ‘has been’. Filled with phlegm and fear he spits and sniffs his way through his fading career and towards the end lets his gut, double chin and bad haircut go to pot as he contemplates a life without any more roles.

Pitt more than matches him on the watchability front. It’s hard to take your eyes off him when he’s on screen and not just because he seems to have turned into a real life Benjamin Button and still looks like he did 10 years ago. He confidently captures the laid-back cockiness of a stuntman with a six pack and a lethal right hook. Acknowledging that he is mighty pretty for a stuntman, he even goes toe to toe (or karate chop to karate chop) with Bruce Lee.

It’s his passing interest in a feisty young hippie who goes by the name of Pussycat which leads him to the Stahn movie ranch which was the lair for Manson and his cult. From there, the tone of the film which hitherto has been largely light-hearted, switches to an unbearable tension, stoked by a stonking musical soundtrack, as we hurtle towards what we assume will be the inevitable tragic ending.

Ultimately, the Cannes crowd was right, despite two terrific lead performances and an array of impressive cameos, including the late Luke Perry, this is Quentin Tarantino’s film. It is very much, ‘the new Tarantino’ above all else.

Is it as quotable and iconic as Pulp Fiction? No.

Will it be as loved by the public? Unlikely.

Is it as sartorially memorable as Reservoir Dogs? I don’t think so.

Is it his masterwork? Maybe.