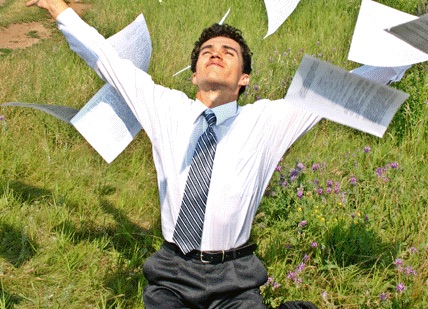 5 tips for relief in Small Claims Trials – A quick guide
By Alexander Burrell, barrister at 42 Bedford Row
‘Claim dismissed’ mouths the weary District Judge as he works his way through credit-hire Friday at Romford County Court, day-dreaming of his weekend golf plans, or whatever else they research on their laptops at Romford…

Whether it’s a computer glitch or a file-handler’s honeymoon in Bali, in small claims, all too frequently trial-day applications for relief from sanctions become necessary. The most usual reason being the late service of a witness statement.

Here’s a quick guide containing 5 basic points which parties can use to try and avoid disappointment.

First port of call – check the exact directions in the allocation order. This will clarify which, if any, sanctions are applicable, and may even confirm there has been no breach. If no sanctions are listed this should be brought to the Judge’s attention.

Usual directions provide for service 14 days before trial and that a court may refuse to consider a document not processed in accordance with the order. It should be noted – this direction gives the court a discretion, so technically speaking no application for relief is strictly necessary, and arguments can be made on this point. E.g. if the other side argues that no formal application has been made, the court can be reminded that no formal application is required.

That said, when there is a failure to comply and a discretionary sanction is mentioned, many if not most District Judges will expect submissions along the lines of an application for relief.

Usually a failure to serve a witness statement in time will be considered serious and significant, it is often worth conceding this. If the breach is only by 1 or 2 days or of another kind there may be more leeway.

Cases of course vary widely, e.g. if the party had an unforeseen incapacitating health issue this will often be valid, however a solicitor error or claimant tardiness will not. If there is an objectively valid reason, if possible a witness statement by the claimant’s solicitor should be filed and served (/at least provided to counsel) explaining and evidencing this reason to the court.

In the majority of cases, it will come down to considering all the circumstances. 2 factors are of particular importance, the effect of the breach (on the proceedings) and the need to comply with rules (Mishcon De Reya v Caliendo & Barnaby Holdings [2015] EWCA Civ 1029). If you’re applying for relief – it goes without saying more emphasis should be placed on the former.

Formalities – Ideally a formal (paid) N244 application for relief should be made, with an accompanying witness statement. Alternatively, a witness statement can be provided by itself. This shows the court that the legal reps are taking the breach seriously and respect the need for compliance with the rules (at least to some extent). CPR 3.9(2) provides that applications must be supported by evidence. Some DJs are sticklers for this – though if the lack of evidence is raised by the other side, as set out above, it might be useful to remind the court that a formal application for relief is not strictly necessary.

Real prejudice – Focus should be drawn to the actual prejudice (if any) of the breach. E.g. if a witness statement is filed 7 days late, but still 7 days before trial, actual prejudice is likely to be minimal. Relevant points might be the amount of documentation previously provided to the opponent (e.g. pre-issue disclosure), the level of detail of the statements of case, and the lack of new issues which arise as a result of late service/otherwise.

Other party’s behaviour – Often it is advisable to rise above tit for tat attrition warfare, but in desperate times… if the opposition has failed to comply in any way with the directions, this can be elicited to try and balance the scales of disobedience, and suggestions can be made that in the interests of proportionality, the fairest way forward is to hear the case!

Overriding objective – Generalised submissions can be made emphasising the lack of formality in the small claims forum, the attendance of parties/witnesses who are ready to proceed on the day. Emphasis should be placed on any apparent windfall the other party may receive should relief not be granted (especially if liability is already admitted/amounts agreed). Refer in any prejudice submissions and that the fairest and most just way to proceed is to give the claimant/defendant the opportunity to have his/her day in court. Attention can also be drawn to any/all previous compliance with orders.

Sacrificial lamb – If the Judge does not seem convinced, or the breach is particularly serious, a sacrifice can be offered up to the court, to placate the need to punish in some way whilst keeping the trial on track. This could be debarring from relying on impecuniosity (in credit-hire matters), or some form of costs sanction (e.g. no hearing fee or fixed costs or otherwise).

If this isn’t enough and the claim/defence is either struck out or dismissed, as night follows day, the opponent’s counsel will inevitably apply for unreasonable costs.

In such a circumstance, strong resistance should be made against any order. The recent case of Dammermann v Lanyon Bowdler LLP [2017] EWCA Civ 269, incorporated the definition from the wasted costs regime (Ridehalgh v Horsefield [1994] Ch 205, 232F) which held:

‘conduct cannot be described as unreasonable simply because it leads in the event to an unsuccessful result or because other more cautious legal representatives would have acted differently. The acid test is whether the conduct permits of a reasonable explanation.‘